In this post we will be looking at Alabama state death records and indexes to try and help you find those elusive ancestors. So if you are confident that your ancestor likely died in the state of Alabama then read on and hopefully we can help you out.

The first alphabetically but the 22nd to earn statehood, Alabama joined the union on December 14th 1819. It is a quintessentially southern state which goes by the nickname “Heart of Dixie." Home to native Americans for over 10,000 years, the first Europeans arrived in the area in the 16th century. 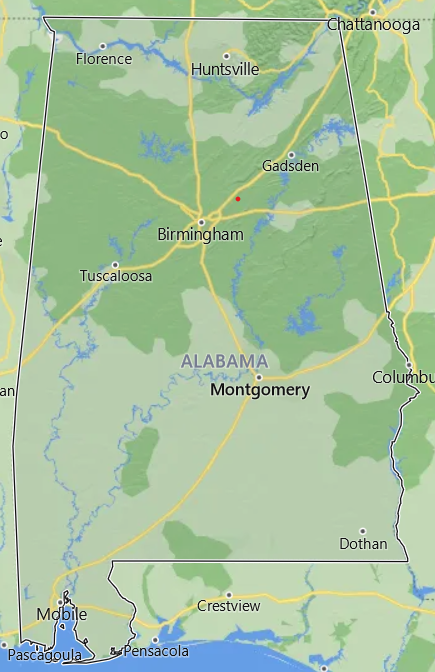 During the first half of the 19th century the state's economy was largely reliant on the cotton growing industry. Slave labor was central to this economy so during the Civil War Alabama was a confederate state.

Although county birth and death registrations started in some areas of Alabama as early as 1881 there was not a statewide system until January 1st 1908. The records in this index come from this system and and include details such as: 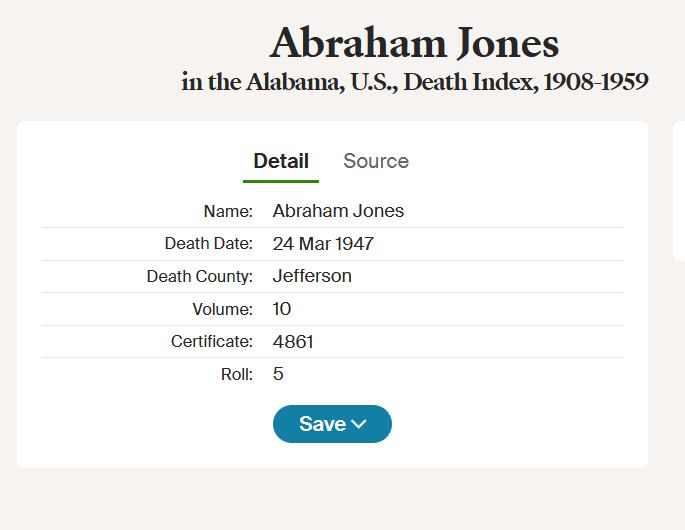 It features transcribed information and no physical images of documentation but can be used to help you order death records through the proper government agencies.

This index is available through FamilySearch.org and features the death records listed in Alabama between 1908 and 1974. It offers more detail than the Alabama Death Index 1908 – 1959 in that it also mentions parents' information for the deceased.

You can view the index online at the FamilySearch website but to see the images that are attached you need to visit their family History Center in Utah or one of their affiliate libraries. It is however completely free to use most of the records at FamilySearch.

The information you may locate in these records include:

This collection on FamilySearch has almost 2,200,000 images of probate records created by various county court systems in Alabama, some dating back as far as 1830. The content may vary but potentially you can learn certain details through these records including:

This is a database which features the records of various Episcopal churches in the state of Alabama. It claims to feature birth, marriage and death records for 14,000 people spread between 16 parishes. It covers roughly 140 years of history within those parishes.

This local database is very specific in terms of death records as it only features ones caused by working in the coal mining history. As this was a large industry at one time however then plenty of individuals may have perished in this manner.

If your ancestor was in the mining industry and you can not locate a death record you may find it here if they met misadventure at work. There are some 2188 death records in the index that have been compiled from annual Alabama mine inspector reports. These reports were between 1898 and 1938

As mentioned counties were recording deaths as early as the 1880s so many of them have their own indexes and records that are available to search. Many of them are free although some may require a fee to use.

In the table below you will find the available indexes listed by county:

There are a vast array of potential death records and indexes that you can use to research your ancestors from the state. Some are locally based while others are part of nationwide databases such as Social Security.

There are more databases than are listed here so a search online may provide even more options. Also remember that especially in areas close to state borders there is always the possibility that your ancestors death could be recorded in a neighboring state.

This holds true at the county level as well so always search in the surrounding counties or states. If you assume their record will only be in one place you can easily miss out on finding that record if they died elsewhere.