With several Avengers movies, numerous individual member movies and spin off television series the Avengers are very well represented out there. Within the cinematic universe there are 15 official members of the Avengers.

Within the comic book universe there are far more members spread across several universes and different incarnations of storylines. For the purposes of this post we will focus on the families and stories of the 15 members of the cinematic universe.

The billionaire industrialist and playboy Anthony Edward “Tony” Stark built an impressive weapons trade empire using his great intellect and wealth. This would lead Tony to Afghanistan where the convoy in which he was traveling was attacked.

Stark was severely injured and taken hostage by the military group known as the Ten Rings. They try to force him to recreate weapons for them but he instead builds a suit of armor which is essentially the prototype for his later Ironman costume.

Tony escapes using this armor and makes it home to America where he proceeds to work on a better version ultimately giving birth to his Ironman Persona.

Tony Stark is the only child of Howard Anthony Walter Stark and his wife Maria Collins Carbonell. His father Howard was an inventor and businessman who worked on various projects during World War II. One of these projects, Project Rebirth ultimately resulted in the creation of the Super Soldier Serum that created Captain America.

Howard Stark was from Humble beginnings and suggested that his father was a fruit seller and his mother sewed shirtwaists in a factory.

Tony Stark would eventually marry his love interest and employee Pepper Potts who served as CEO for Stark industries. Little is known of Pepper’s family except that she has an uncle named Morgan who we never actually see in the films.

Morgan however is mentioned when Tony tells Pepper that he dreamt that they had a child together and named it after her eccentric uncle Morgan, This dream would eventually come true as during the 5 years after the Blip Tony and Pepper have a daughter who they call Morgan. 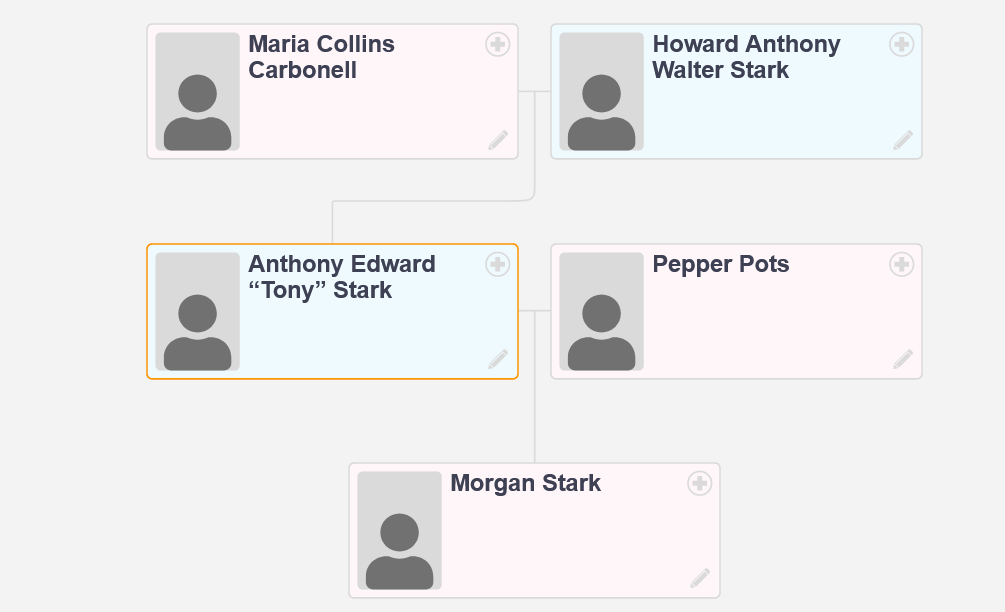 Steve Rogers was born in 1918 in Brooklyn New York the son of Joseph and Sarah Rogers. Joseph was a member of the 107th Infantry regiment and was killed during World War I as a result of mustard gas. Steve would later lose his mother Sarah to tuberculosis when he was just 18.

A very small man standing just 5 foot 4 inches in height and weighing about 90 pounds he was also a sickly person. Despite his limitations when World War II broke out Rogers was intent on joining up. However his size and health saw him turned away countless times.

His persistence finally pays off when Dr. Abraham Erskine hears Rogers speaking to his good friend Bucky Barnes and approves his enlistment. Rogers becomes a recruit of the Strategic Scientific Reserve. This was the super soldier initiative that would turn him into Captain America.

At the end of Avengers: Endgame Captain America finally feels it is time to retire and after volunteering to return the Infinity Stones to their rightful times instead of returning home he heads to the past to rejoin his love interest Peggy Carter.

He lives out a long life with Peggy returning as an old man to the location and time he was supposed to originally arrive. He hands off his iconic shield and the mantle of Captain America to Sam Wilson also known as Falcon. 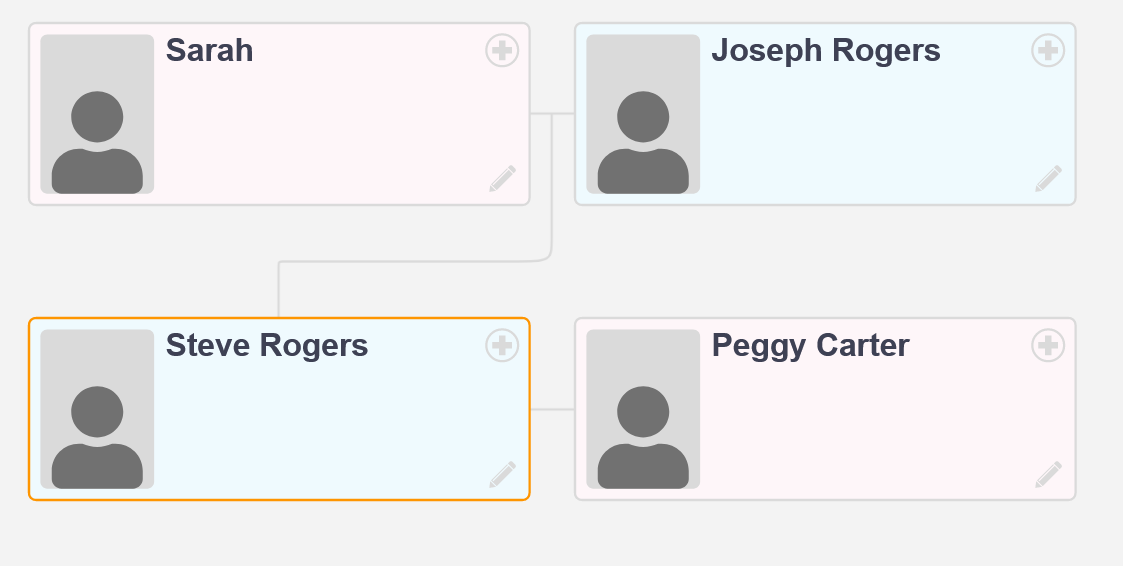 The movies do not touch on Bruce Banner's parentage but in the comics it is suggested that his father Brian was an abusive man that showed great cruelty to Bruce and his mother. It is suggested this created a psychological complex in Banner that when combined with the exposure to gamma radiation created the rage monster known as Hulk.

As a result of Banner's accident in the lab which caused him to start changing into the Hulk during times of emotional stress his relationship with Betty Ross essentially ended. It was further complicated because Betty’s father General Thaddeus Ross would pursue Banner in hopes of capturing him to try to harness his accident for military gain.

In the cinematic universe Bruce has been connected romantically to Black Widow although little came of this.

Thor was born around 1500 years ago to Odin the King of Asgard and his wife Frigga a gifted sorceress. In the comics Frigga is actually Thor’s step mother. Completing the family is Thor’s brother Loki, also gifted in magic having learned it from Frigga.

It is later revealed that Loki is not in fact the son of Odin and Frigga but instead a frost giant who Odin discovered as an infant after defeating the Frost Giants in battle. Loki’s real father Laufey abandoned the child so using magic Odin made Loki appear Asgardian.

Thor has a principal love interest who appears at certain points during the Marvel Cinematic Universe. Jane Foster is a scientist who Thor falls in live with and who makes a number of appearances throughout the cinematic universe and actually turns into the Goddess of Thunder in “Thor: Love and Thunder.

Natasha Romanoff was born in 1984 within the Soviet Union to unknown parents. She was at some point taken by the KGB who raised her and trained her at the Red Room academy. As a child she was placed as part of a fake family unit of fellow trained spies.

Her adoptive parents were the Red Guardian also known as Alexei Shostakov, a Russian super soldier and former Red Room trainee Melina Vostokoff. Another young girl was included in this fake family, Yelena Belova who was essentially a younger sister.

Upon escaping her Soviet handlers she became a member of SHIELD and actually had a hand in recruiting early members of the Avengers such as Hulk. After the battle of New York Black Widow left SHIELD becoming an Avenger instead.

As part of the Red Room training students are sterilized so they can have no children so although she has a few romantic relationships in the cinematic universe she never married nor does she have any children.

Clint Barton is one of the often overlooked founding members of the Avengers as is comically alluded to in the Marvel television series Hawkeye. Little is mentioned of his family background in the cinematic universe but he does have a family.

His parents are Harold and Edith Barton. Edith was a petty thief that often included Clint in her scams. While working for SHIELD Clint would meet his wife and former colleague Laura. Together they had children Cooper, Lila and Nathaniel.

During the Blip caused by Thanos, Clint's entire family was disintegrated. This led Barton to become a vigilante taking on the role of Ronin to fight organized crime around the world. Once Clint got his family back however he entered retirement.

James Rupert “Rhodey” Rhodes became a close friend of Tony Stark when he served as military liaison between the U.S. Air Force and Stark Industries. Ultimately he would take on the role of War Machine using a suit of Starks design.

The cinematic universe does not touch upon Rhodes family history nor does the comic book universe.

Wanda Maximoff was born in the fictional Eastern European nation of Sokovia in 1898 along with her twin brother Pietro. Wanda was born with natural abilities to cast hexes and her brother Pietro had super speed. They grew up with their parents Oleg and Iryna who were killed by a missile attack that used Stark Industries munitions.

This led to the twins using their abilities to assist Hydra and then later Ultron as she believed Tony Stark to be responsible for her parents' deaths. Clint Barton eventually convinces Wanda to abandon Ultron and instead join in helping the Avengers save Sokovia.

Wanda’s brother Pietro is killed during the resulting battle and she is later comforted by Vision. They eventually fall in love and Wanda is emotionally crushed when Vision is killed by Thanos in a later movie.

Grief leads Wanda into creating a false reality within a small town that allows her to bring back vision and also have children with him, twin sons Tommy and Billy. This is eventually taken away from Wanda who as a result becomes the Scarlet Witch.

In Doctor Strange in The Multiverse of Madness the Scarlet Witch learns that these children exist in another universe and sets out to try to reach them.

Starting out as Tony Stark's AI assistant J.A.R.V.I.S the entity that will become Vision is believed destroyed by Ultron. However, it turns out that Jarvis distributed itself throughout the internet in order to hide from Ultron.

After the Avengers captured a vibranium body that Ultron had intended for himself which used the mind stone for power they were able to upload J.A.R.V.I.S. instead. This new entity gave itself the name vision and became a member of the Avengers.

Born in Delacroix, Louisiana into the fishing family of his father Paul Wilson with his wife Darlene, Sam would grow up to join the U.S. Air Force. Wilson became part of a project to test a specialized wingsuit. This would lead to him becoming Falcon and later the new Captain America.

Wilson has one sister Sarah who has two children AJ and Cass who are Sam’s nephews.

The high school aged Peter Parker is drawn into the Avengers by Tony Stark. Parker’s parents Richard and Mary died when he was very young so he was taken in by his father's brother Ben and his wife May.

His Uncle Ben would eventually also die tragically leaving only Aunt May to raise Peter. Still in high school Peter meets MJ with whom he falls in love.

Recruited by Black Widow, Rocket is a genetically engineered raccoon- ike creature of very high intelligence. A smart mouthed individual he is the result of illegal experiments so his exact origins are unknown.

Rocket is also a member of the Guardians of the Galaxy and returned to this group once Thanos was finally completely vanquished.

Another Black Widow recruit Nebula is the adopted daughter of Thanos and adopted sister of Gamora. Her birth family was killed by Thanos and she was raised alongside Gamora to be a warrior. The adoptive sisters were pitted against each other. The losing child would have a part of their body replaced with cybernetic implants. Nebula could never beat Gamora.

Carol Danvers is the daughter of Joseph and an unnamed wife and the sister of Steve Danvers. She joined the U.S. Airforce where she was in an accident involving an aircraft powered by a Tesseracht. The incident led to her absorbing the power of this cosmic device and developing intense superpowers.

These powers were further enhanced later when she was given an infusion of Kree blood.

The family history of Scott Lang is not mentioned in the Marvel Cinematic Universe. He does however have an ex-wife Maggie and a daughter named Cassie.

Lang is a former thief and conman who used his masters degree in electrical engineering to steal from criminals. 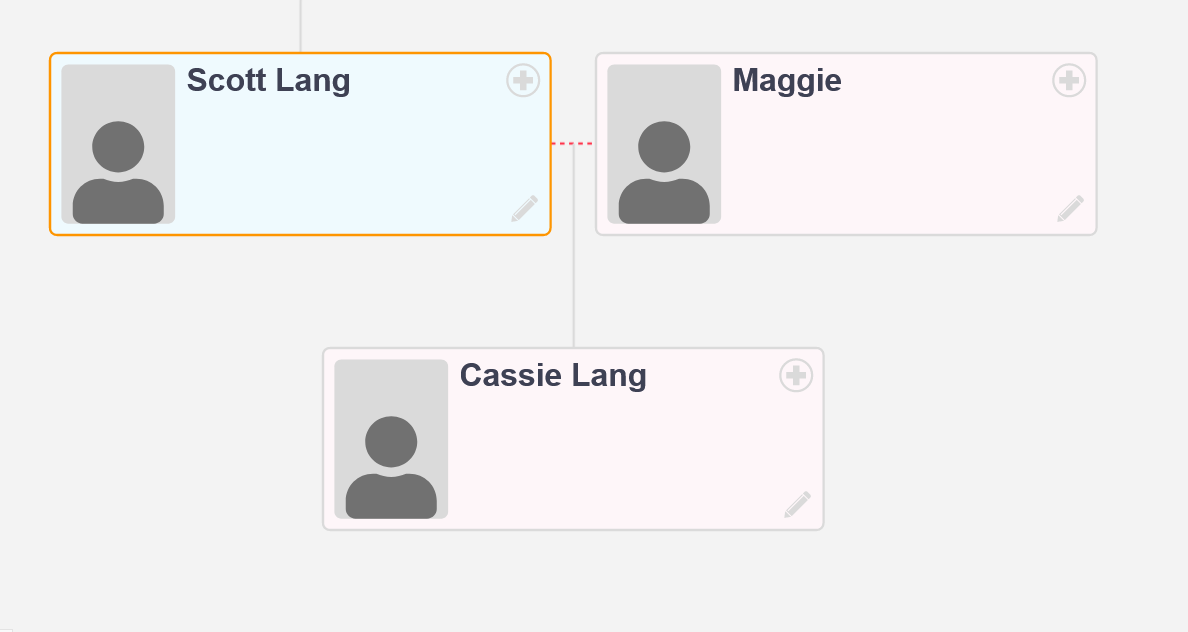