In this post we will be looking at Georgia state death records and indexes to try and help you find those elusive ancestors. So if you are confident that your ancestor likely died in the state of Georgia then read on and hopefully we can help you out.

The state of Georgia is the youngest of the 13 original states having been founded in 1732 by English colonists. Originally much larger it lost some of its lands with the creation of Alabama and Mississippi. Despite this it still remains the largest state east of the Mississippi River.

Georgia was the fourth state to obtain statehood being ratified on January 2nd 1788. Also known as the Peach State and the Empire State of the South Georgia’s motto is “Wisdom, Justice and Moderation.” 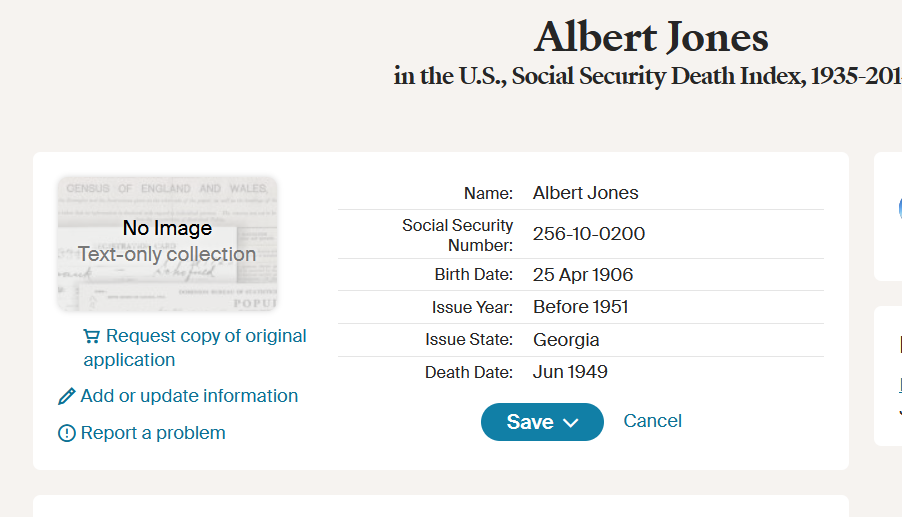 Those researching the deaths of ancestors in Georgia will likely find that most people who have died between 1936 and 2014 can be found on the Social Security Death Index. This does however only hold true if the person had a Social Security number when they died.

This is an ancestry index with over 2.7 million deaths recorded for the state of Georgia. Located on Ancestry it is found behind a paywall and will require at least a basic US membership to the site or for those outside of the United States a World Traveler membership or equivalent. 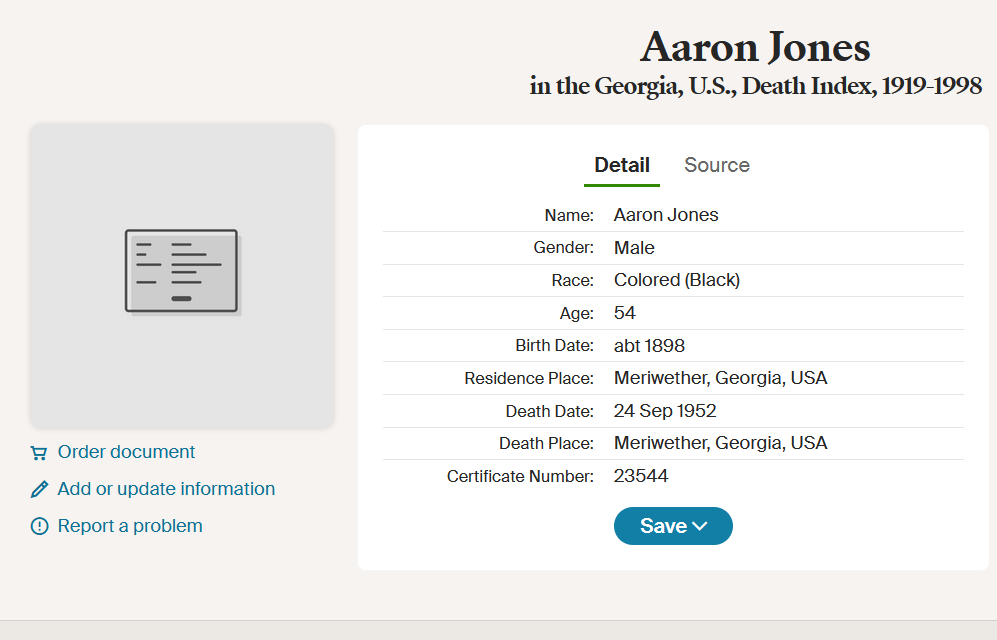 This is an index without images but it has transcriptions of the information held within the collection. This may include:

These are actually two collections that are available through Familysearch.org, a free website from the Church of Latter Day Saints in Utah. These two databases both cover state death records for Georgia one spans the years 1919 – 1927 while the other is later and covers 1928 – 1943.

They have hundreds of thou 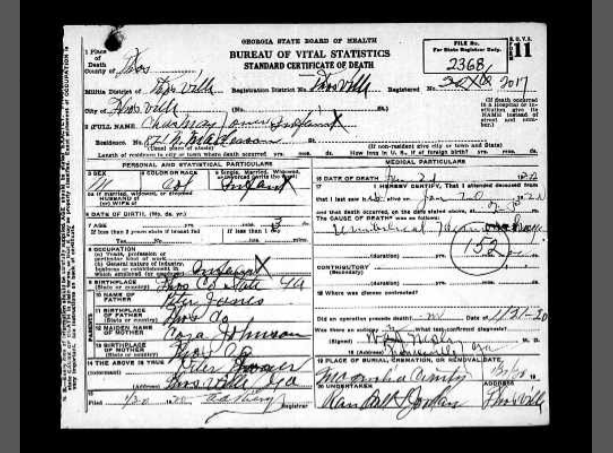 sands of death records each which include images of the death certificates containing all the relevant information. It should be noted that the 1919 – 1927 index also has some earlier records from between 1914 – 1918 but these are sporadic.

From these two indexes you can find out the basic biographical data as well the names and birthplaces of parents. Causes of death will also be included.

You can also find the same Georgia death certificates as found in the Familysearch 1919 – 1927 index at the Georgia archives website.

This collection can be found on Ancestry.com so will require a membership to utilize fully. It has 250 years worth of wills and probates from various counties in Georgia. Contained within the many pages in this collection you may find family information and details of the property owned by your ancestors.

Aside from the statewide records found on big sites like Ancestry.com and Familysearcg.org you can find a lot of county specific databases and indexes online as well.

There are a great deal of county level indexes that can help you find obituaries, death records and indexes on a local level. On the state level there is easy access to images of death certificates as long as they are old enough.