How Much DNA Comes From Each Parent?

You probably know someone who looks just like one of their parents, sometimes uncannily so. This may lead some to believe that surely the child got more DNA from the parent they most closely resemble. The question is could this be true?

Well this would not be entirely true because DNA is a strange thing at times. We could for example look just like one of our grandparents while we may not resemble the parent that connects us nearly as much. Just because the genes are there does not mean they actually show up in a physical way.

In this post we will look at the types of DNA we share with our parents and if we do indeed share more DNA with one more than we do the other.

How Much DNA Do We Inherit from Each Parent?

It may or may not surprise you to discover that when it comes to humans we inherit roughly half of our DNA from our father and half of the DNA from our mother. This majority of this DNA is known as autosomal DNA and is located in the 22 numbered pairs of chromosomes. There is a 23rd pair of chromosomes which are known as the sex chromosomes but we will come to them later in the article. 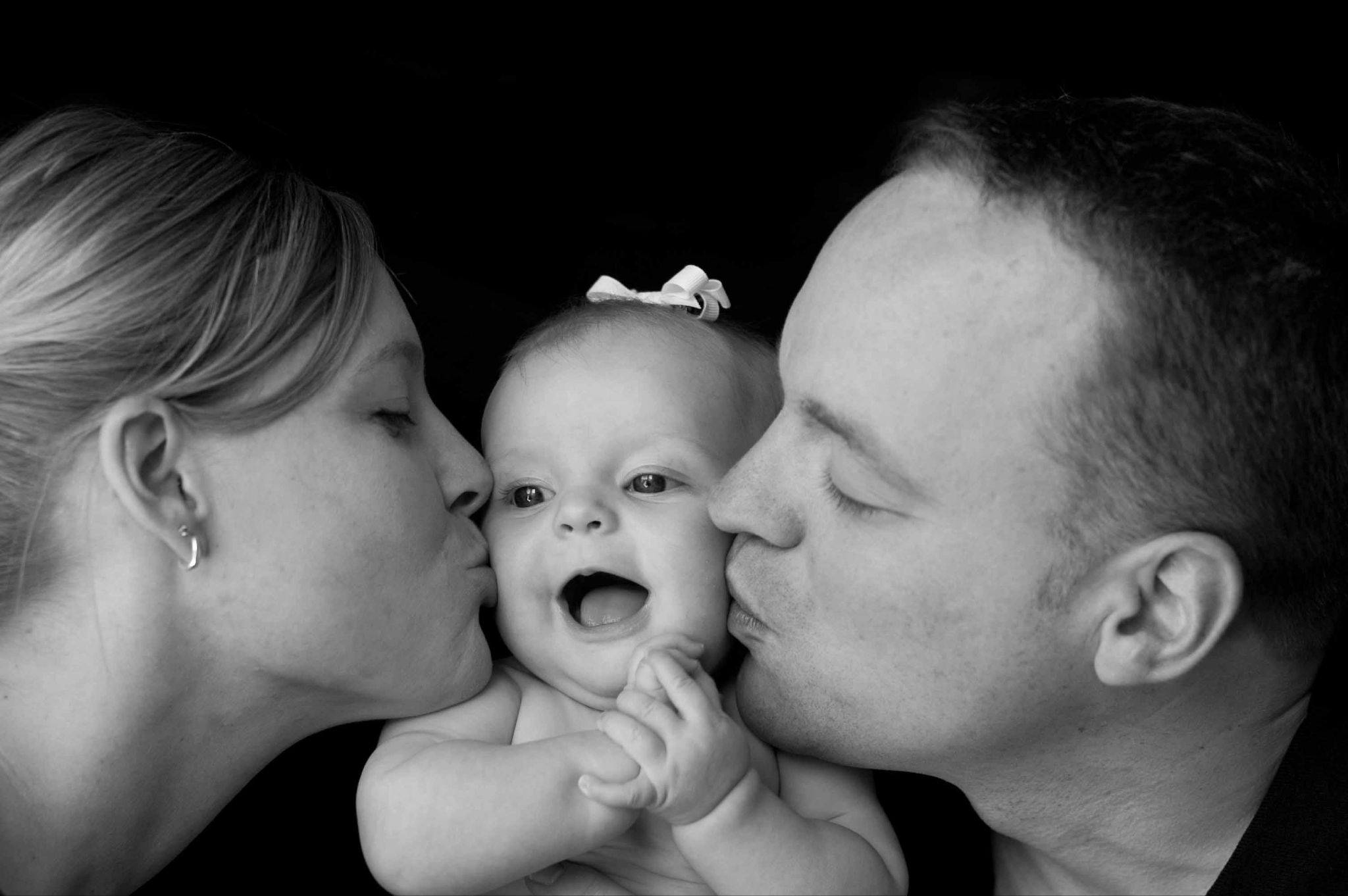 Throughout this article we will be mentioning types of DNA so at this point let's pause to acquaint ourselves with what exactly DNA is. Deoxyribonucleic Acid, better known as DNA, is a molecule that consists of two chains which create an intertwined coil known as a double helix.

This molecule carries the genetic instructions which provide information on how an organism should grow, function, develop and reproduce. When DNA is strung together into thread-like structures they form our chromosomes of which we have 46. 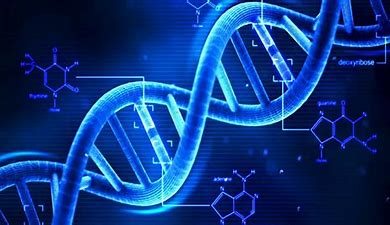 The 46 chromosomes are split into matching pairs essentially creating 23 chromosome pairs. As mentioned 22 of these pairs are autosomal in nature while the 23rd contains what are known as the sex chromosomes.

Chromosomes are coiled around proteins known as histones which help support the structure of the chromosome. In each of our body's cells there is a nucleus and within this nucleus you will find copies of all our chromosomes.

What Is Autosomal DNA?

Autosomal DNA is the type that is found primarily in the first 22 chromosomes, the ones that are not gender specific. This DNA more or less comes 50% from each of our parents. As these chromosomes come in pairs one from each set will come from our individual parents.

This clear demarcation is why autosomal DNA is the most common kind used to assist in genealogical research. The basic genealogy DNA tests from companies such as AncestryDNA and 23andMe test the autosomal DNA and search for matches to help assign ethnicity estimates and potential blood relations.

The amount of autosomal DNA we share with an individual is tested in units known as centimorgans. When it comes to this the higher the measurement value the more closely we are related to an individual.

One centimorgan is roughly equivalent to 1 million base pairs of DNA and we have around 6,800 centimorgans of DNA. We obtain roughly 3,400 centimorgans from each parent so accept for identical twins the closest genetic connection we have is with our respective parents.

What Is Mitochondrial DNA?

We all have mtDNA in our cells and except for in very rare cases this DNA comes only from our mothers. This means that our mtDNA should be identical to our mothers which in turn is identical to her own mother, our maternal grandmother. 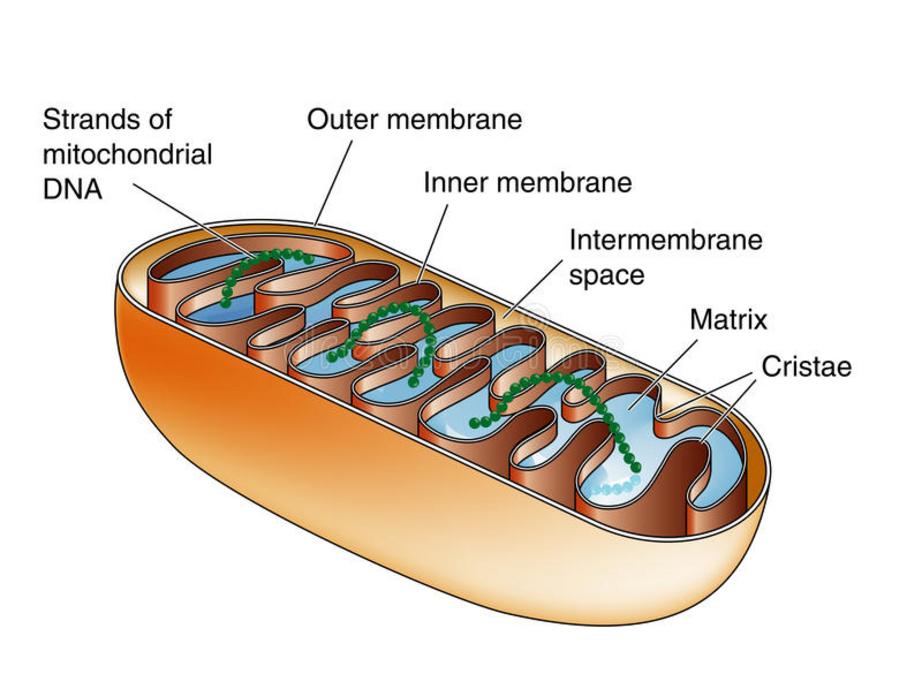 You may have noted that up until now I have said we get roughly 50% of our DNA from each parent. Well mtDNA is the reason I have to say roughly because as mentioned this is almost always inherited from our mothers and not our fathers. In rare cases some people may inherit some from both parents but this is anomalous.

From Which Parent Do We Get More DNA?

As the previous section probably already made clear whether we are male or female we will inherit slightly more DNA from our mothers than we do our fathers. This is because of the mitochondrial DNA which is found in most of the cells of our bodies.

There are roughly 500 molecules of mtDNA in our mitochondria found within each cell. There are more copies of this DNA in our cells than there are of the 23 chromosomes. This however only equates to about 0.0003% of our entire DNA which tips the balance slightly in favor of our mothers.

This is an interesting genetic concept when you consider children are often given their father's last name but their mother is biologically more closely related. It may only be small in the grand scheme of things but there is a definite bias genetically speaking.

Females have two X chromosomes one of which is inherited from each of their parents. The X chromosome she receives from her father is the same one as he inherited from his own mother. When it comes to her maternal X chromosome that would be a recombined version that has DNA from both of the maternal grandparents. 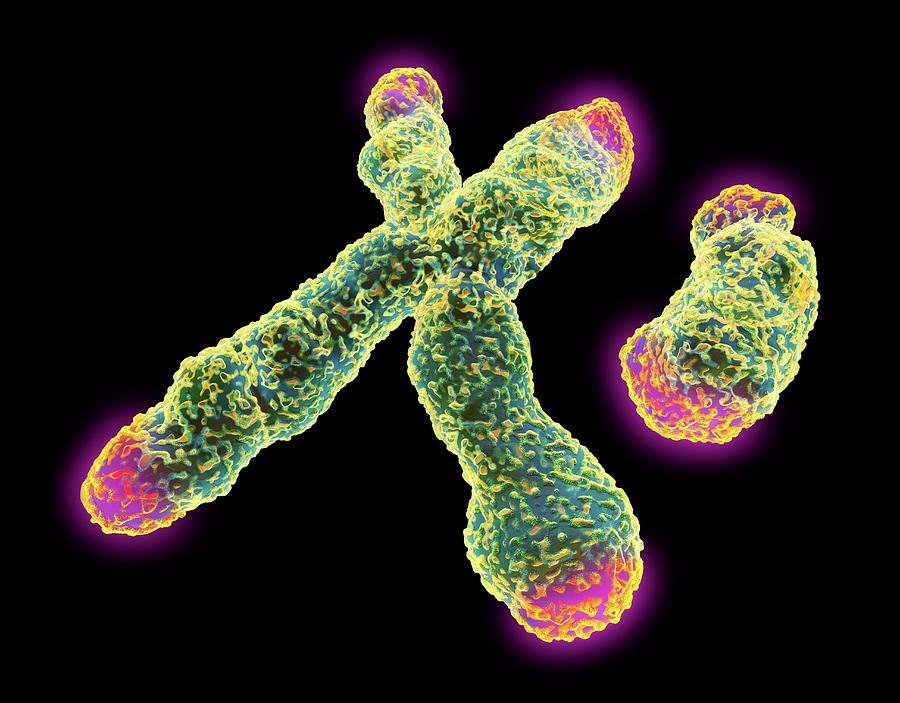 As mentioned males receive a Y chromosome from their father while females do not carry this type of DNA. This means that the Y chromosome is passed down through the male line unchanged for generations.

As a result of this unchanging inheritance males can trace their Y-DNA back many generations using this type of DNA. It is often used in surname studies as the family name like Y-DNA is passed unchanged theoretically for many generations.

Are the Sex Chromosomes Equal?

Interestingly X and Y chromosomes are not equal in size in fact the Y-DNA is about one third the size of the X-DNA. This means there is considerably less DNA in the Y chromosome which results in males inheriting slightly less DNA from their fathers than they do their mothers.

This is a more significant difference than in mtDNA amounting to about 1% of our DNA. So males will inherit about 51% of their DNA from their mothers and 49% from their fathers. Females however are closer to a 50/50 split.

Where Does Our Parents' DNA Come From?

It’s probably a very obvious answer to this question but our parents' DNA comes to them in exactly the way as we have outlined in this article so far. Our father will have 51% of his mother's DNA and 49% of his father's DNA. When it comes to our mother the difference is 0.0003% in favor of her mother when it comes to the DNA from her parents.

What this means to us is that we will inherit around 25% of our DNA from our respective grandparents. This number however is not set in stone as DNA inheritance is random recombination. The total amount from all four grandparents will be 100% but it will likely not be an equal four-way split.

It is generally held that we receive 50% of our DNA from each of our parents and at the most basic level this is somewhat true. When we dig deeper however we find that this is not exactly the case as we have to factor in different types of DNA.

Mitochondrial DNA for example comes only from our mothers with the exception of a few very rare cases. This only amounts to a small amount of DNA 0.0003%. Really it does not make a huge difference but it does show that we share more DNA with our mothers.