In this post we will be looking at Idaho state death records and indexes to try and help you find those elusive ancestors. So if you are confident that your ancestor likely died in the state of Idaho then read on and hopefully we can help you out.

The 43rd state to be ratified for statehood on July 3rd 1890, Idaho is known for its scenic natural beauty and its booming agriculture. Twice the size of the six New England states combined, the state has an area of 83,568 square miles and a population over 1.6 million. 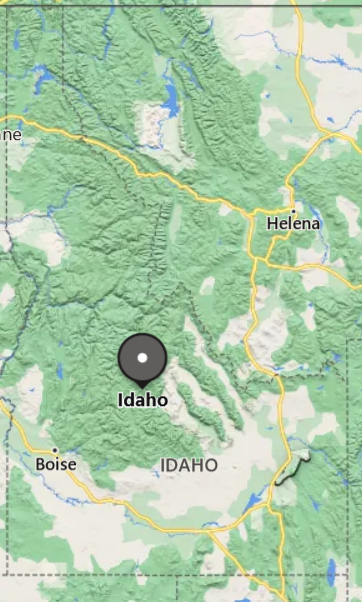 Idaho is famous for its potato production and in fact produces more of these staple vegetables than any other state in the union. It is lesser known that the state also is a leader in the supply of trout to the U.S.

Those researching the deaths of ancestors in Idaho will likely find that most people who have died between 1936 and 2014 can be found on the Social Security Death Index. This does however only hold true if the person had a Social Security number when they died.

The genealogy website Ancestry.com has a couple of great indexes for death records that pertain to Idaho. You will need a paid subscription to get full use of these collections but you can search them prior to getting a membership to see if it’s likely you can find records that are useful to you.

This index from Ancestry includes both images of death certificates and indexes of recorded deaths. The available certificates date between 1911 – 1969 as previous to this vital records had only been mandatory since 1907. 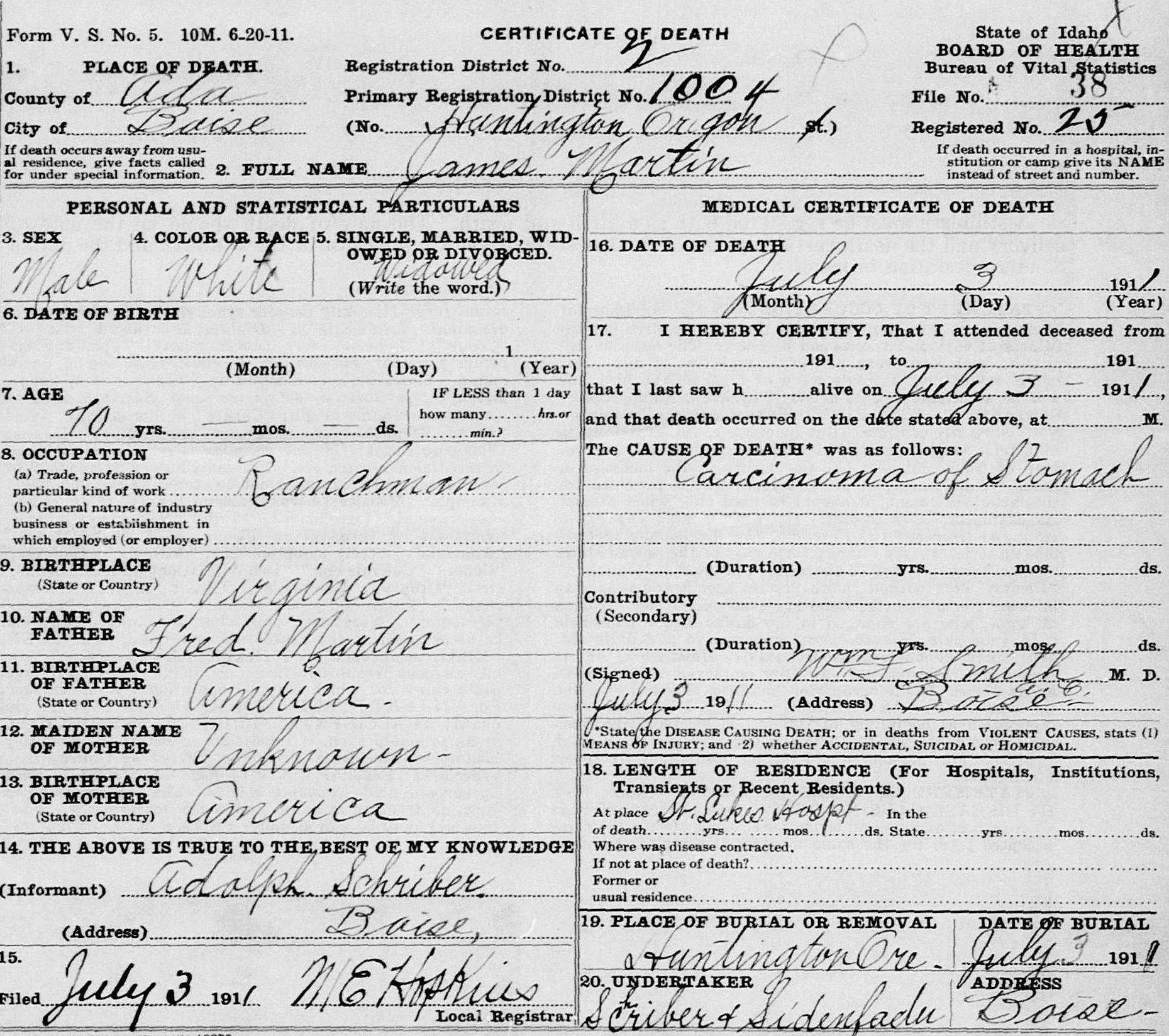 Earlier death records were kept by churches, midwives, mortuaries and doctors. In the death certificates in this collection you can learn information such as:

This collection on Ancestry contains indexes of recorded deaths between 1890 – 1964 with no death certificates included. It has been compiled from reported deaths to the various counties by clergymen, doctors, coroners and undertakers. 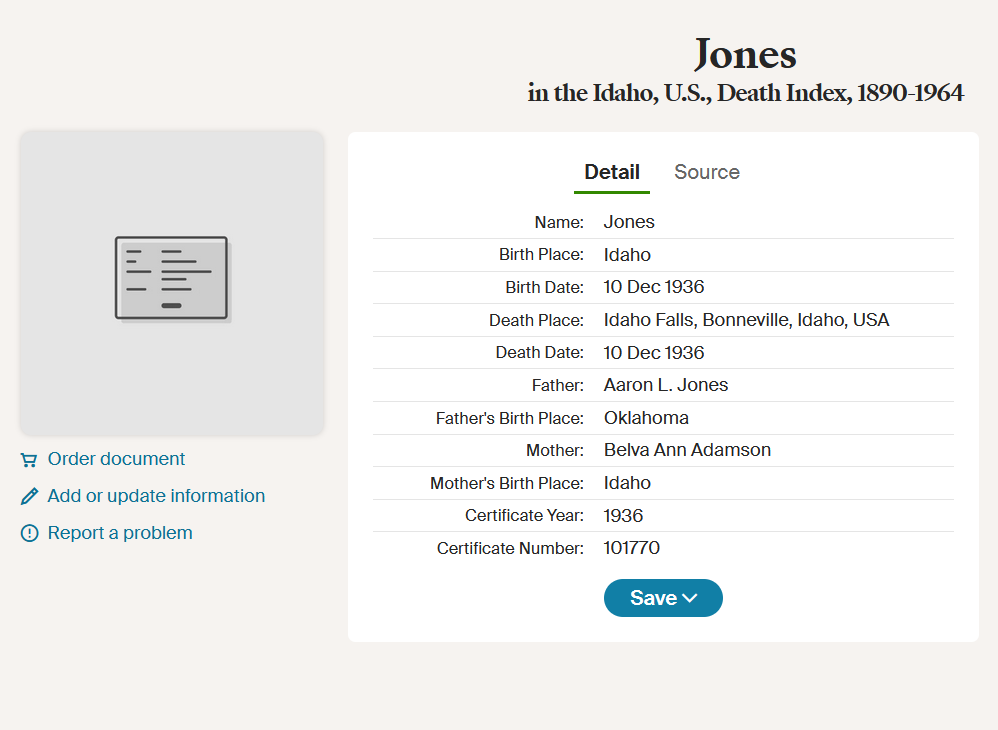 After 1911 the county no longer received these records as they were instead directed to the state authorities. The information in these records may assist you in locating a death certificate if one exists or to at least potentially find a record of the death event.

Familysearch is a Utah based website which has been compiled by the Church of Latter Day Saints. It is completely free to use as long as you have a registered account and has an extensive collection of records.

This collection of death records for the state of Idaho have been listed by file number which makes them roughly chronological. This is not of course perfect however as some deaths may be recorded later than they occurred.

Gathered from the Department of Health and Welfare in Boise, Idaho these records are digital images of death certificates.

This is a similar collection to the one above but covers the later years of 1938 – 1961. There are however no digital images of the certificates but pertinent details have been transcribed from the original documents.

Idaho as mentioned is a large state so it has a large number of counties. Many of these are very rural so as a result there are only a few counties that maintain online death records. Despite the limited availability it is worth noting the available indexes on the county level.

The state of Idaho is very accommodating with their vital records as long as they have reached a certain length of time since the event. It is not difficult to find death certificates for example from 1911 – 1937 as long as the death was recorded in the state.

Despite being a large state there are actually very few county specific death indexes available online. The information gathered from prior to 1911 has already been encapsulated into collections with the big genealogy websites and no one is working on the county level in most places to create local databases.

There may be more county specific collections that will arise in the future but as mentioned the very rural nature of the state means this might take some time.