In this post we will be looking at Indiana state death records and indexes to try and help you find those elusive ancestors. So if you are confident that your ancestor likely died in the state of Indiana then read on and hopefully we can help you out.

Indiana’s very factual state motto reads “the crossroads of America” and considering its central location in the Midwest, that motto is apt. With the exception of Hawaii it is the smallest state west of the Appalachian Mountains. 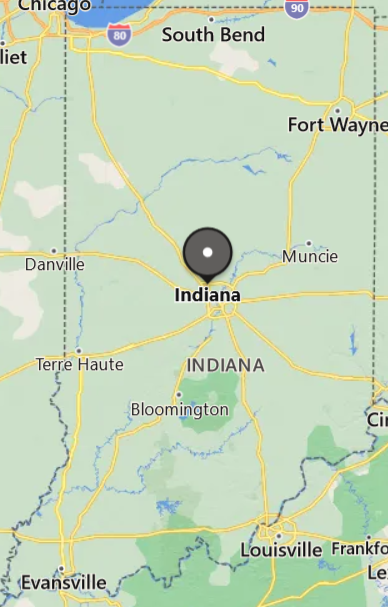 It was the 18th state to join the union, being ratified on December 11th 1816 and just 40 years later would have the dubious distinction of being the home of the first ever recorded train robbery.

Residents of the state before and during the American Civil War played a huge role in the Underground Railroad with the farming community of Newport (now known as Fountain City) being referred to as “Grand Central Station."

Those researching the deaths of ancestors in Indiana will likely find that most people who have died between 1936 and 2014 can be found on the Social Security Death Index. This does however only hold true if the person had a Social Security number when they died.

Indiana is a state that is very accommodating with regards to their vital records making them available to the public after a certain period of time. In this collection you can find digital images of thousands of death certificates from between 1899 – 2011 (or transcriptions for newer records). 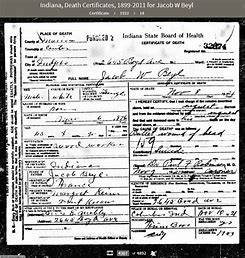 You do require an Ancestry membership to make full use of this collection but it can be very helpful to your research.

In this record you can learn things such as:

This collection can be found on the ACPL Genealogy Center website and records deaths recorded before 1882. It was in 1882 that the state required that all deaths be recorded and this was initially done on a county level. 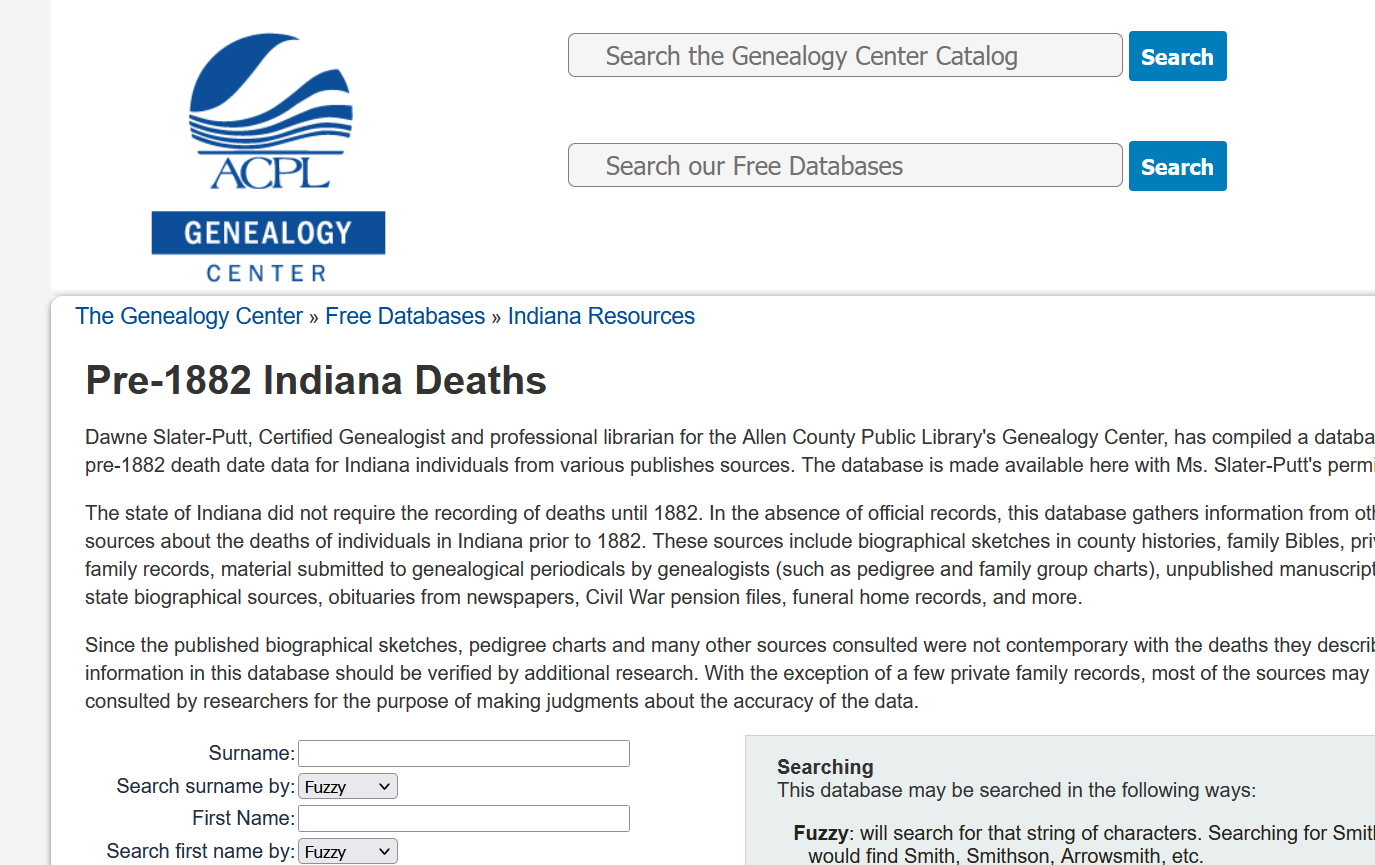 The information in this collection comes from a number of sources including newspapers, county histories, family bibles and genealogical research. This means some of the information may be inaccurate but could still be close to correct in most cases.

This is a wills and probate index that covers over two centuries of records. It will list the wills and probates of deceased individuals whose estate warranted such a record in the state. You may be able to discover details on family members and what the person had in their possession when they died.

This is on Ancestry.com so you will need a paid membership to access the digital scans of these records.

There are plenty of statewide records but as mentioned for many years deaths were reported at the county level rather than the state.

The state of Indiana has plenty of historical societies and still has many of the early county death records prior to 1882. If your ancestor died in the state you have a reasonable chance of finding confirmation of this.