Is 23andMe More Accurate Than Ancestry?

The industry of DNA testing for genealogical purposes is a massive multimillion dollar business and it has a number of sector leaders from which to choose from. In this post we will be taking a look at two of the giants of genealogical DNA 23andMe and Ancestry.

It is a competitive market with many consumers choosing one or the other of these companies so people want to know which is more accurate. As this post will explain, there are many factors to take into consideration when making this determination.

We will start out by explaining a little bit about both companies so you understand their respective backgrounds. Then we will explain to you how they compare in terms of accuracy to help you make a decision on which company to choose.

It was in 1990 that two Brigham Young University graduates, Paul Brent Allen and Dan Taggart, teamed up together to found the company Infobases. This company initially offered a selection of publications from the Latter Day Saints church on floppy disks.

Originally operating out of the back of their cars Allen and Taggart grew Infobases rapidly. It was in 1994 that the company was included in Inc Magazine's 500 fastest-growing companies list. In just a year Infobases would begin to transition from floppy disks to an online format. 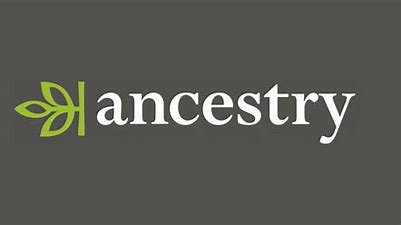 Then in 1996 this new online offering would finally be renamed Ancestry.com and the juggernaut really started to roll. As the years progressed Ancestry.com grew and diversified into all things genealogy swallowing up other family tree websites to expand their capabilities.

Today the company is considered a colossus of the industry and boasts one of the most impressive collections of global family history records and DNA databases in the world. With millions of users around the world they have created a far reaching website to help connect people through shared family history.

It was back in 2006 that Linda Avery, Paul Cusenza and Anne Wojcicki founded 23andMe. This business was created to offer genetic testing and interpretation to individuals. They also hoped at that time to create a database to pursue research efforts.

In 2007 the company received a huge investment from Google of $3.9 million which was not that surprising. Anne Wojcicki was married to Google cofounder Sergey Brin at that time. It is a common misconception that Google owned the company; they were in fact merely investors. 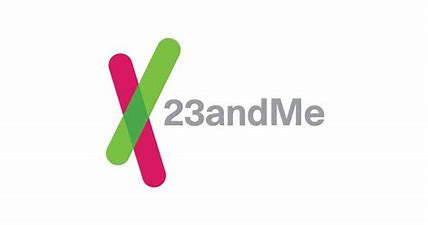 In 2007 Paul Cusenza left the company to pursue other ventures followed in 2009 by Linda Avery. The company has gradually grown over the years entering into various partnerships most notably the 2018 deal with GlaxoSmithKline.

The company received an initial $300 million investment from GlaxoSmithKline and in January 2022 they were given a further $50 million. This was so that 23andMe would supply the pharmaceutical company with test results so they could design new drugs.

Since early 2020 the company has been tightening its belt, laying off some 100 employees in January of that year. In December of 2020 they raised $82.5 million in investments which would bring the company's lifetime investments total to $850 million.

It was in February of 2021 that the company finally moved out of the private ownership it had maintained since 2006. A merger agreement was reached with Sir Richard Branson's special-purpose acquisition company (SPAC), VG Acquisition Corp. The transaction is said to be worth some $3.5 billion.

In June of 2021 the merger was completed and the new combined company name became 23andME Holding Co.

It was in 2007 that 23andMe began offering consumer DNA testing followed in 2012 by Ancestry entering the market. It did not take long however for Ancestry to pass 23andMe in terms of customers and the subsequent size of their DNA database.

Today Ancestry has far more customers than 23andMe although when it comes to varied offerings 23andMe does lead the way. Whereas Ancestry only offers an autosomal DNA test 23andMe also offers Y-DNA, mtDNA and health screening tests.

Ancestry for a brief time tried to start a health screening DNA testing initiative but this was quickly scrapped.

For the purposes of this article we will focus on the relative accuracy of the basic autosomal DNA tests offered by these two companies. In terms of price not taking into account special offers their basic tests cost the same at around $99.

This is the most common variety of testing for DNA as it is a broader test covering your autosomal chromosomes which is the biggest portion of your DNA. It is the non-sex specific DNA in our cells which means it has broader scope for genealogy purposes.

Unlike other tests, it can give you information regarding your family on both your maternal and paternal sides. This means anyone can take this test and receive potentially helpful results. It is best used for confirming close family matches and ethnicity estimates. 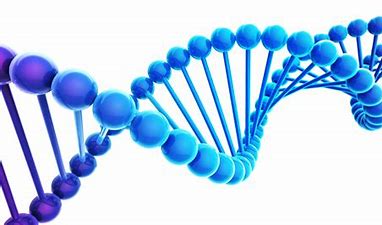 The results you can receive from autosomal testing can help you find relatives as close as long lost parents, siblings or as distant as 10th cousins. It supplies the type of information that is interpreted correctly in combination with discoveries that can make big breakthroughs in your research.

Accuracy in terms of DNA testing is subjective in some regards which is something we will get to later in this section. It is important to note one thing however when it comes to the testing process and their respective accuracies.

It should be noted that DNA testing is a very exact science and that both 23andMe and Ancestry very likely have the best experts working in their labs. The simple fact is our DNA is what it is and both companies can very accurately test it and read the results.

The question of accuracy then is not how accurate the tests are because in truth they are both excellently done. Questions regarding accuracy are actually pointed at how the respective companies interpret the results and what they have to work with. 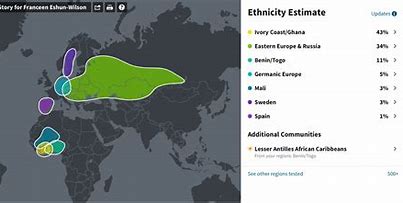 If you were tested with both companies you too would see that they produce similar but not identical results. Your DNA is the same but each company interprets the results slightly differently.

AncestryDNA and 23andMe differ because of their reference populations and the algorithms they use to test your samples. The process requires that they test your genetic profile against millions of others around the globe.

During this process, the algorithms try to find genetic markers in your DNA that match strongly to specific regions of the world. If, for example, markers in your DNA match closely to those found commonly in Italy then depending on the strength of that match they will uncover Italian as part of your ethnicity estimate.

As mentioned both Ancestry and 23andMe have sizable DNA databases which means we often receive large numbers of DNA matches. Both companies offer up a great amount of detail when it comes to these matches which can be used to help determine how you might be related to these individuals.

Again you might see differing values of how much DNA you share with matches if both of you have tested on Ancestry and 23andMe. This is solely because the two companies look at slightly different areas of the DNA. One company may detect slightly more DNA in common than the other.

As the above table indicates the two companies share a few common tools when it comes to DNA matches but both also have their own unique tools that set them apart. With 23andMe for example you can see if you have Neanderthal DNA which, spoiler alert, many of us do.

Ancestry offers common ancestor hints which are determined via the Thrulines tool. These can be accurate but can also be very wrong. This is because they are based on user submitted family trees which can be very wrong.

Is 23andMe More Accurate Than Ancestry?

This is not an easy question to answer because both do a great job at testing our DNA and interpreting the results. Could you potentially find out something from taking one test that you couldn’t from the other? Yes you possibly could.

The problem we face is that without taking both tests we can’t be sure what we might be missing from either of them. You might have an unknown half sibling who took the Ancestry test but you went with 23andMe. You wouldn’t find this person unless one of you took the other test as well.

We can not comfortably say that 23andMe is more accurate than Ancestry nor can we say the reverse is true. They are both industry giants for a reason and are roughly equal when it comes to accuracy. If finances allow it might be wise to take both tests especially if you are seeking the answer to a family mystery.

The two companies 23andMe and Ancestry do a great job interpreting and testing our DNA. Neither is really better than the other and when it comes to the price of a basic autosomal DNA test they charge roughly the same.

If you are looking for a deeper DNA story which involves Y-DNA and mtDNA however then 23andMe might be your best bet. This is only because these are not tests that Ancestry offers as well.