Those who have been using the internet for decades while researching their family history may recall a site called RootsWeb.com. It is also likely that having used it years ago you may have stopped doing so, as bigger and flashier sites developed.

If you remember this site or have merely heard about it from some grizzled old genealogist at a family history conference you might be wondering if it is still around. In this post we will look at the history of RootsWeb and whether or not it is still out there.

The History of RootsWeb

Those youngsters out there may not realize this but we had the internet in the 1980s. In fact it was around the mid 80s that Brian Leverich and Karen Isaacson, a couple of recently graduated students from California, discovered the genealogy newsgroup net.roots.

In 1996 Leverich and Isaacson registered the name RootsWeb.com and some after started to accept donations in order to keep the site going. It was a completely free service but the community at large did what it could to help support this early useful resource.

Just 4 years later in 2000 MyFamily.com, Inc. purchased RootsWeb putting its considerable resources behind the project. If you are wondering who MyFamily.com, Inc was, you probably know them better today as Ancestry.

What Became of RootsWeb?

Well at this point I can confirm that as of June 2022 RootsWeb is still an active site and remains under the Ancestry umbrella. I wish I could say it is still a thriving and vibrant site although this however would not be strictly correct.

Ancestry could very easily just have phased out the site as part of the purchase they promised to keep it free to use. Well Ancestry is a big business so they do not like to offer much for free just try free membership of their site and see how little that actually gets you.

It would have been bad PR for them to turn off RootsWeb as it developed such a huge following in the early days of online family research. This doesn’t mean they lavished it with attention as it is greatly scaled back from its glory days. It is also littered with annoying ads so Ancestry is making something off it at least.

What Has Gone from RootsWeb?

Among the main starting factors of RootsWeb were the mailing lists and the surname lists. These have both disappeared from the site. Another important feature was the message boards where users could converse and share information.

What Remains on the Site?

The site does still offer a list of hosted genealogy websites although many of them are no longer active. The world connect project which allows you to share your tree and see the trees of others is also still available.

Another useful feature that still exists is the Obituary Daily Times section which allows you to search for basic information from publications that have been researched by volunteers.

As mentioned the surname list is a notable omission from today's RootsWeb site. Gone since 2017 when Ancestry discontinued it, it was formerly a database of almost a million surnames. This list helped people find others who were researching the same surnames and give them the chance to collaborate.

I should make it clear that Ancestry didn’t just get rid of the surname lists for no good reason. I mean it was one of the founding tenets of the site after all. Sadly in 2017 the surname list server experienced a security breach which exposed emails and passwords. 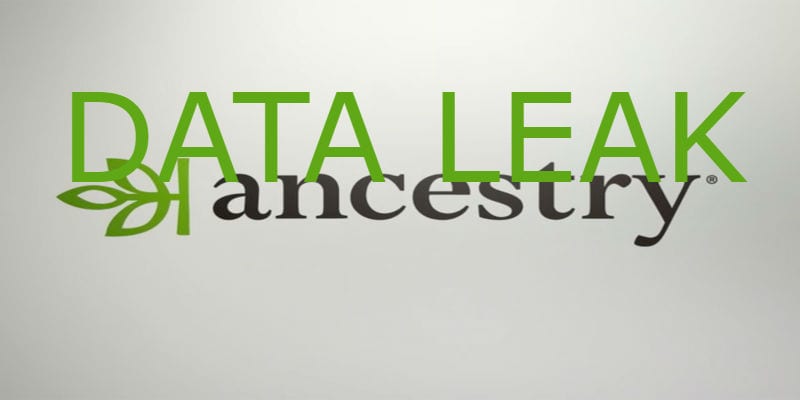 A big online company like Ancestry couldn’t just ignore that so they decided to remove this list in order to avoid future controversy and risk. Thanks hackers, this is why we can’t have nice things.

If you are interested in surname lists, we have our own database you can use instead.

The loss of the iconic mailing lists was a much more recent occurrence. It was in 2020 that Ancestry discontinued the functionality of these mailing lists. This means that we can no longer use these lists to email other users although they have been archived and as of 2022 are still searchable.

As mentioned, RootsWeb is currently still an active if somewhat stunted site. It is uncertain how long this will remain the case because it is far from as useful as it once was. An outage in December of 2015 had the site out of action for months.

Ancestry eventually got it back online but they had to admit that some of the data had been lost during this downtime for the site. This exposed the fact that there were no usable back ups for the site. This would not be surprising for the start up in once was in the late 90s but unacceptable for the behemoth that is Ancestry.

After being part of Ancestry for 15 years the company had made little effort to safeguard the data using back ups. This is a fairly obvious sign that they did not care too much about the site and their purchase was largely in order to limit the competition for their own site.

The truth is Ancestry gains nothing from maintaining or improving RootsWeb so ultimately it will likely fall further and further into decline. Eventually it will become so forgotten and archaic that they will be able to turn it off for good without too much resistance.

This is a shame because it really is one of the founding sites of online genealogy but its usefulness has been diminished.

Those with feelings of nostalgia for their early online family history research may be heartened to learn RootsWeb does indeed still exist. Sadly it is a pale shadow of its former self and in truth may not endure for many more years.

Unlike a classic historic building which we might try to restore and preserve, RootsWeb is an expendable site that some day will be bulldozed and lead to an empty URL. So for old times sake visit it while you can, you may even get some use out of it.