Should You Have Surname Matches With Distant Cousin DNA Matches?

When you review your DNA results, you might expect to see a surname match with distance cousins and relatives. In this article, we cover why so many matches do not share the same surname and whether it is to be expected.

Our surnames say a lot about who we are but not everything. I have been asked in the past by former clients why there are so many cousin matches on their DNA cousins list that do not share their same last name.

You might think that as you scroll through the list that you would see multiple instances of your surname or of your mother's maiden name. I know in my own AncestryDNA DNA matches list I do not see a common parental surname until the 10th person down who is a potential 2nd to 3rd cousin.

Is this odd? Should we be seeing our surname more frequently? Could this mean there is something wrong with your understanding of your family tree? Please do not panic because this is certainly not an unexpected situation.

In centuries past people received their surnames from the profession they worked such as thatcher, the village they lived in or as a nickname. It was from around the 15th century that surnames really came into common use as a way to distinguish unique people for the purposes of paying taxes. 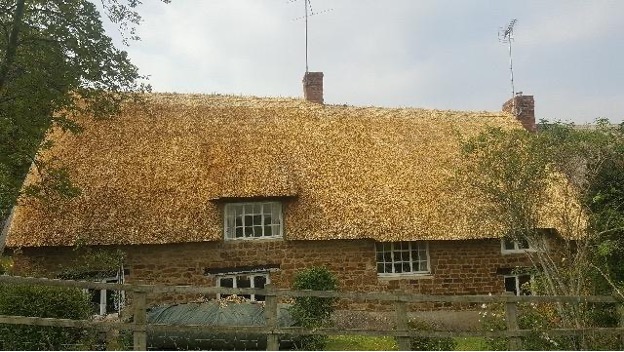 The family name was often patronymic meaning that it passed from the father to his children. When his daughters married tradition often dictated that she become part of her husband's family and as a result she would use his name as would any children she had.

It was the sons who would inherit the family name and generally keep it throughout their lives. This means that surnames pass father to son meaning that essentially our last name comes from only one of our family lines.

Our father's grandfather passed it to him and he himself got it from his own father. This would likely trace back generations but in theory our ancestors that bear that name would be a very small portion of our total ancestral base.

What does this mean in terms of your DNA cousin list? Well to put it simply, only cousins on your father's side of the family who descend from that direct father to son line would hold that surname today. There must be a direct line of males in order to continue the family name.

Anyone who has ever watched a period drama where the patriarch of the family is concerned about continuing the line with a male heir will likely get the importance of this. The name is important and it can only pass to sons. I know it's very sexist really and considering you can only ever be certain that a mother is definitely the parent of a child it's also a little short sighted.

Your Name Ancestors May Not Have Tested

Having few DNA matches with your surname is quite common for those of Scandinavian descent. This is because many countries in Scandinavia have a rich history of keeping close track on genealogy. As a result not many people from these Scandinavian regions actually use DNA testing for their ethnicity results or family research.

If your name comes from a specific region that has caused you to not use these kinds of consumer testing products then it would not be surprising if you had very few matches with your same family names. In fact you may even find you have low overall numbers of matches because of this.

Your Common Ancestors Are Too Far Back

Although in some countries surnames have been in common use for centuries there are many countries in which a family name is actually a much newer concept. This means that depending on where your ancestors came from they may not have originally had a surname.

As cousins need to share a common ancestor in order to potentially share notable DNA if said ancestor had no surname then it would not be passed down to either of you. Names are of course a construct that we as humans have come to use in order to uniquely identify each other. But they do not mean as much as DNA when it comes to determining family.

So essentially if our common ancestor is far back in our tree and did not have a surname that they could pass down then that match today would likely not have a matching name in common with us.

This can be a classic reason why we might not see DNA cousins who share our same surname. At any point in the last few generations of our direct male line ancestors it is possible that there was a misattributed birth. One of our direct line male ancestors might not actually be the biological parent of his child.

This would not be reflected in the records because it is assumed he was the parent. The DNA, however, would tell a different story and might actually point to a completely different family name based on this. This is why genetically speaking maternal lines are more accurate as it is hard to refute parentage when the parent actually birthed the child in question.

We can only know so much about our ancestors through the records and there are multiple reasons why a family name might get changed. Early immigrants might anglicize or even completely change the family name to avoid persecution in their new homelands.

Situations may occur when an ancestor might have changed their name to avoid legal problems. We often have to remember that official record keeping has not been a stringent process for very long in relative terms.

In The United States official birth certificates didn’t start until the early 1900’s. Prior to this it was church or local government records. If you wanted to move miles away and change your name you could do so without too much concern.

There are many reasons why we might not find many cousins in our match list who share common family names with us. The common use of surnames is only around 500 – 600 years old and in some places it is far newer.

Our family name reflects potentially only a small section of our total ancestors. That direct surname chain could have been broken by an unknown secret parent, or an ancestor may have deliberately changed his family's name.

There is no real cause for concern regarding names of cousins. The important thing is being able to trace your family tree and hopefully finding out how you are related.