My Sister Shows Up as Cousin on DNA Results

If you have done a DNA test recently, and your sister shows up as a cousin on the results, you might be wondering why. In this article, we'll cover what it means when DNA results show a sibling as a cousin.

The world of DNA matches on sites like AncestryDNA and 23andMe can be very confusing and at times also somewhat concerning. You see these sites use our DNA to make matches with other users who have tested and then estimate the likely relationship.

Although these suggested matches are often close to the accurate answer, sometimes they can be a little off the mark and completely misattribute a relationship. One such potentially common mistake is a sibling being listed as a cousin.

What Are Centimorgans and How Do They Work?

Firstly let's try and understand centimorgans (cM). These are genetic units of measurement which track the length of shared DNA segments. We have, as an individual, 6800 centimorgans of DNA. When a DNA tests against another individual it measures how many cMs we have in common with each other.

As an example, we get about 50% of our DNA from each parent so we share between 3330 - 3720 cMs with each parent. This is the closest match we have genetically to another person with the exception of an identical twin which is in the same region as the parent-child relationship. 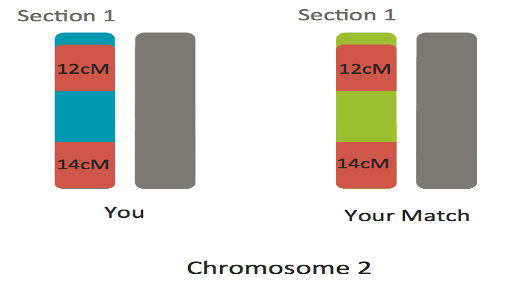 What Amount Should Siblings Match in Centimorgans?

The nature of DNA recombination means that unless siblings are identical twins they only have around 25% of the same DNA as each other. This equates to between 2209 – 3384 cMs with the general average being 2629 cMs. This is of course for a full sibling match.

In terms of half-siblings, there is obviously less shared DNA because they only share one parent. Half siblings tend to share between 1317 – 2312 cMs of DNA and an average of 1783 cMs. Obviously, this means that potentially half-siblings can share a rather small amount of DNA.

When it comes to first cousins we have to bear in mind that they are the respective children of two siblings. This means that genetically they can be quite close. The range for first cousins is 553-1225 cMs with the average being 874 cMs.

There is a special type of cousin match, however, that would register higher in terms of shared DNA. Double cousins are the result of the siblings from one family having children with siblings from another family. Because these first cousins share both sets of grandparents they tend to fall into the same range as half siblings, sharing between 1317 -2312 cMs.

It is unlikely that a family would not realize there was a double first cousin connection as both families would likely be aware of the marriages.

Why Would a Sister Show up as a Cousin on DNA Results?

It is important to understand that these centimorgan ranges are not exact and there may be variations. The low end of the scale for half-siblings is close enough to the high end for first cousins for some margin of error.

Generally speaking, a full sibling relationship could fall into the range for a double first cousin but it is unlikely that the family would not be aware of such a connection.

There are obviously reasons that there could be this disparity in the shared centimorgans which may include a sibling only being a half-sibling, or a sister taking in their sibling's child as their own. It is wise though not to immediately jump to such conclusions.

We base our centimorgan averages for the most part on the chart created by genealogical expert Blaine Bettinger. The testing sites such as AncestryDNA and 23andMe may use a different scale and attribute the relationships differently.

Siblings may share between 38 – 61% of the same DNA depending on what gets passed down through our genes. It is also important to remember that these DNA tests do not test all of DNA so there are possibilities for inaccuracies. 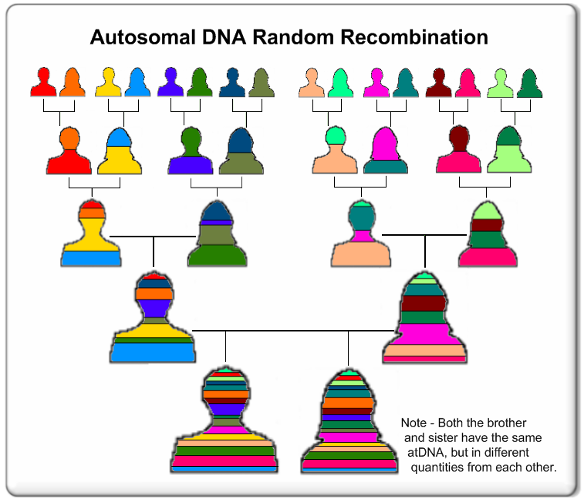 It is not impossible for a sister to be mistakenly listed as a cousin in AncestryDNA or 23andMe tests. There is the possibility for some overlap in the expected ranges. Some siblings may share less DNA with you but it doesn’t make them not your brother or sister.

There are also some family situations that may explain the results. These of course can be delicate situations and should always be approached with care and understanding. Do not assume that these tests are always 100% accurate. Use tact and do not jump to conclusions, sometimes the truth is not worth ruining a family connection.