Do you love Star Wars and genealogy? If so, this article is for you. We'll cover all the important Star Wars characters and map out their family trees for your viewing pleasure!

Although it may seem a bit strange, it can actually be easier to understand a TV show or book when you can take a look at the family tree of the characters involved. This is because it can help you visualize connections that may just be told to you vocally when watching the show. It can also help you catch any connections you may have missed.

The Star Wars Trilogy is an especially important family tree to look at because the movies came out in a different order than chronological—which can really strain your mind as you try to keep everything in order. This is more true than ever now that the new series, starting with Star Wars: The Force Awakens, features all-new characters that are tied in with previous characters via vague familial ties.

But first, let’s take a look at the family tree found in the 6 movies released in the late 70s, early 80s. Be aware, there will be spoilers! 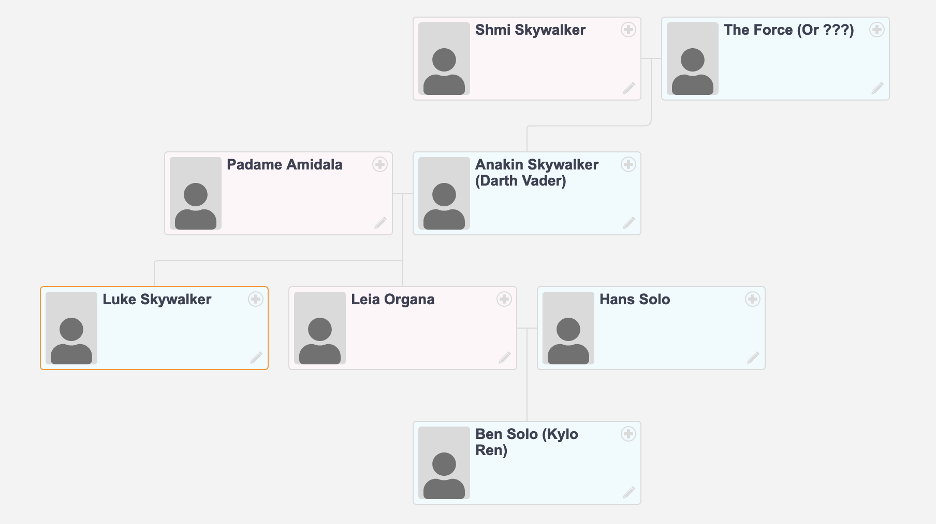 See any surprises in the family tree above? If you hadn’t already known, Darth Vader is the father of Luke Skywalker who is the twin of Princess Leia Organa. The reason this isn’t obvious when you start watching Star Wars: A New Hope is because Darth Vader, formerly known as Anakin, fell in love with Padme Amidala when he was very young.

Unfortunately for young Anakin, he was very tortured and kept seeing visions of his wife, Padme dying which led him to start to change his entire life in order to stop death. Anyway, one night he gets angry and nearly kills Padme, who lives just long enough to give birth to her twins before dying from the incident. Because he was so distraught from the incident, Anakin/Darth Vader assumes his children and wife died.

Afraid that Darth Vader will return to harm his children as well, Obi-Wan Kenobi and Yoda place both children in separate foster homes. Luke is raised by his aunt and uncle, while Leia is raised by some of her mother’s colleagues.

While that explains the bottom half of the tree, let’s take a look at the top half, which is Anakin's origin story, mostly covered in Star Wars: The Phantom Menace, and Star Wars: Attack of the Clones.

Anakin’s mother is Shmi Skywalker. When Anakin is born, she claims she is a virgin, meaning she either lied or Emperor Palpatine really did learn how to create life using the Force. It’s up to you to decide which is more likely. Anakin is technically an only child, but after Anakin leaves, she marries Cliegg Lars, who has a son of his own, which is named, you guessed it, Owen.

If you haven’t kept up with the Star Wars world over the most recent years, you’ll be surprised to see that Hans Solo and Leia have a child together, more specifically, Kylo Ren. While Kylo Ren starts out training with his uncle Luke Skywalker, he eventually decides to follow the steps of Darth Vader and joins the dark side.

Rey on the other hand has a history that is mostly shrouded in mystery until The Rise of Skywalker when it is revealed that she is the granddaughter of Emperor Palpatine as he had a son that renounced him. Apparently, this son hid from his father long enough to meet Rey’s mother, and she was born, only for her parents to be killed shortly after

Before you get too excited about this new information, it’s important to remember that Star Wars is based on a series of books and when Disney bought the franchise, they also bought the rights to alter characters and the series as they see fit. Therefore any new Star Wars movies can be seen as more of fan fiction rather than actual Star Wars stories.

There are many characters in Star Wars that you have to wonder where they came from, such as Hans Solo and Chewbacca. While the audience does receive some information about these characters when they watch the series, some of the better information is only available in the books which many fans never get to. 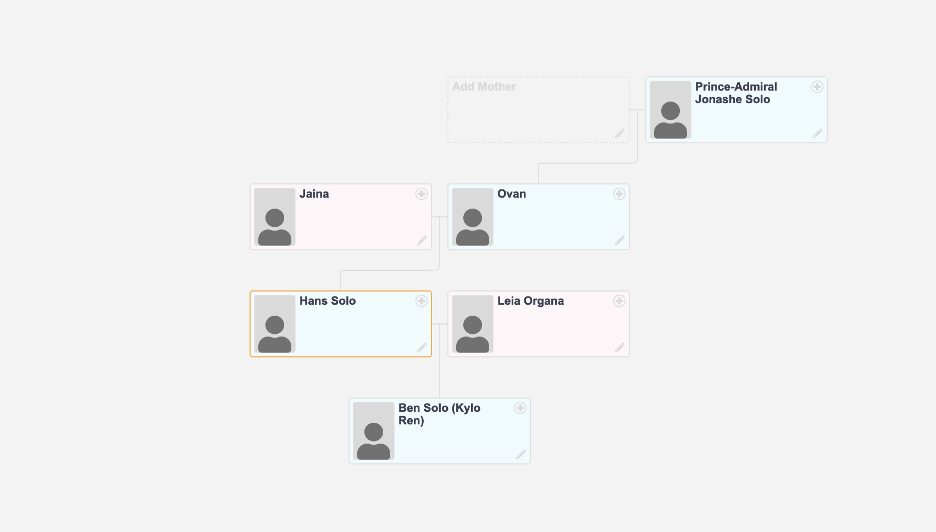 Hans Solo’s parents were Ovan and Jaina, although very little is known about either of them. It is known that Hans Solo never got along with his father because he abandoned him at some point. He must have had some respect for his mother, however, as one of his ships, Jaina’s Light was said to be named as such after his mother.

Neither of his parents had the surname Solo, as this surname was given to Hans when he entered the Imperial Academy as it was believed by the elders there that he was a descendant of Prince-Admiral Jonashe Solo, but it was never specified if this was as a parent or grandparent. 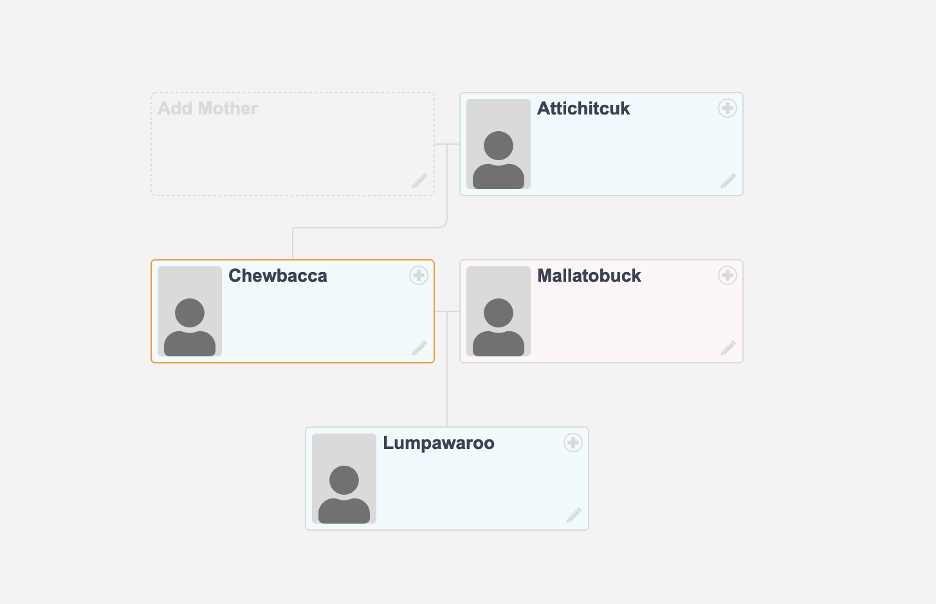 Although Chewbacca is a Wookie, this doesn’t make his family tree any less important. His lineage comes from Kashyyyk and his father was named Attichitcuk. Chewbacca is actually married to fellow Wookie Mallatobuck and has a son named Lumpawaroo who are both imprisoned and submitted to slavery in the earlier movies.

Many wonders where the famed Obi-Wan Kenobi came from and how he came to be such a great Jedi. Sadly, both the books and movies say nothing about the family tree of Obi-Wan, instead just saying he had a mother and a father is all the fans know.

Maybe the droid characters are your favorite in all of the movies. Well, as cute as they may be, they are both robots and do not have a family tree as they were built by humans in the Star Wars world. Neither has built new droids either, so they aren’t “parents” either.

Believe it or not, even the evilest of characters still have mothers. Darth Maul's mother went by the name of Mother Talzin, and surprisingly, Darth Maul isn’t her only child. He also has two siblings, Feral, and Savage Opress. It is never specified who Darth Maul’s father is, and because witchcraft was common practice on the planet his mother is from, it is speculated that a male was not needed for her to conceive.