1% Native American DNA: What Does It Mean?

Years ago when I first had my DNA tested for an ethnicity estimate, It came back largely European with a completely random 1% Native American. It didn’t make sense that I couldn’t track it. Well, after several updates from AncestryDNA that 1% disappeared.

This is a testament to how far the test has advanced in the past decade or so, meaning that today’s ethnicity estimates are more accurate and potentially more likely to be true. In years gone by a small percentage of an ethnicity was taken with a grain of salt but these days with all the advancements that have been made in testing 1% could actually mean something.

So what then does it mean to have a 1% Native American ancestry in your ethnicity estimate? 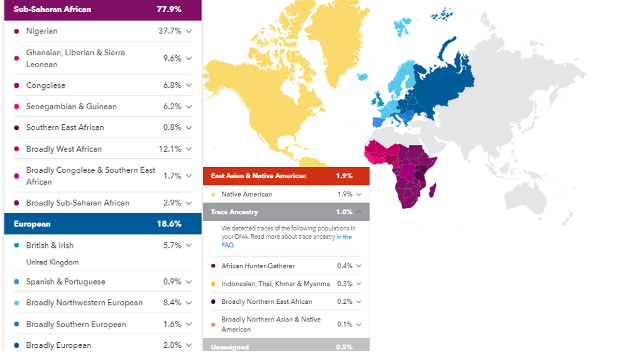 What Does 1% Native American Ancestry Mean?

The results have come back. You have pretty much what you expected in your ethnicity estimate but there is a small amount of Native American DNA. You may have expected this or it could be a huge surprise, but what exactly does it mean?

Essentially a 1% Native American match in your ethnicity estimate indicated that you inherited 1% of your DNA from the Native American region. This may have come from your mother's side, your father's or both.

We must remember that as humans the vast majority of our DNA is identical to all other humans on the planet. There is a very small section of our DNA that has the variations that make us who we are. Essentially then 1% of that small amount of variable DNA shows markers consistent with those found in Native American populations.

The so-called Native American region is a very broad range that covers the indigenous peoples who first settled North and South America. So hidden in our DNA are small sections that may have been inherited from those original human inhabitants of the Americas.

Can You Tell Which Tribe?

Sadly, it is impossible today to determine which tribe someone was from based on their DNA. The nomadic nature of early Native Americans and several hundred years of forced removal from their ancestral lands has caused confusion.

Within the rest of our DNA estimate, we may find some pinpointed regions which may hint at where our original Native ancestors may once have lived. The minuscule nature of a 1% match, however, does not give us a great deal of information with which to work.

We would not be able to use our DNA to gain citizenship of an Indian Nation or membership to a specific tribe. It simply cannot prove the connection conclusively. Research into who our Native American ancestors might be based on genealogy would be the only way to achieve this. 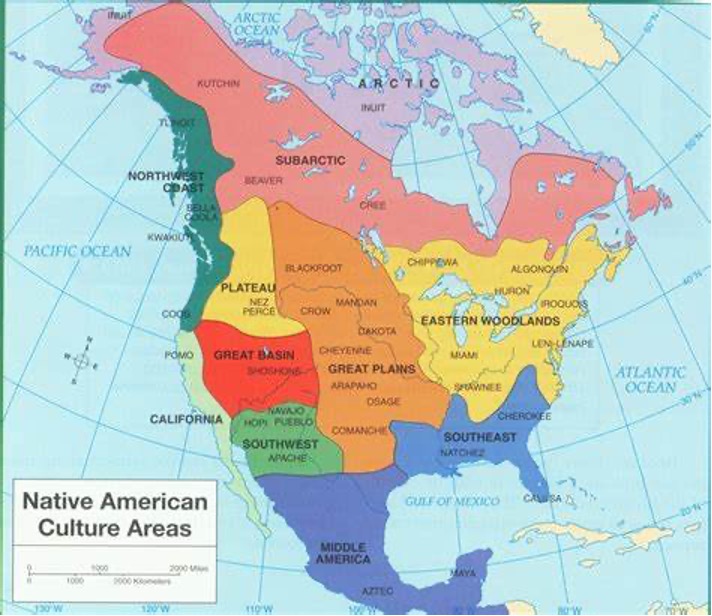 How Close Would Our Native American Ancestor Be?

Given such a small 1% Native American ethnicity estimate just how many generations would we need to go back to find that 100% Native ancestor? Well, a 1% match indicates that 100% ancestry was likely 6 – 8 generations back. This means they could be as close as your great-great-great-great grandparent.

If the connection were as close as this some people may already know or suspect that they had Native ancestors.

Can You Have Native Ancestry but No DNA to Prove It?

While some people find 1% Native American matches in their DNA without knowing about it there are some who are sure they have this ancestry but it doesn’t show up. This does not mean they are wrong about who their ancestors were, rather it is just the random nature of DNA recombination.

There is about a 0.01% chance that a person may not receive any DNA from one of their great-great-great-grandparents. This could lead to a 100% Native American ancestor whose genes do not show up in yours. The further we go back through the generations the more likely it is that we have ancestors with whom we share no DNA.

Does 1% Ancestry Make You Native American?

Discovering a small amount of Native American ancestry in your DNA does not immediately mean you now identify as such. There is an undeniable link and this is definitely something you should explore about yourself.

A word of caution, though. This discovery does not mean you are eligible for citizenship to a particular Native Nation or membership to a tribe. Research your family and try to find out who that Native American ancestor was. Learn what you can about your roots.

How to Research Your Native Ancestry

A great place to begin is with your parents. If possible get them to test their own ethnicity. This will achieve two things. Firstly it will confirm if the Native DNA found in you is definitely accurate. If neither of your parents has any Native American DNA then there may have been an error.

The second benefit of testing your parents is that if one of them does show Native DNA it should be stronger than yours and it will tell which line to research. If your parents' parents are still alive, ask them to test as well as this will further focus the research.

Trace the suspected line back as far as you can to hopefully find that 100% Native American ancestor. As a next step, you would want to research the tribal groups who may have been active in the region and the time frame in which your ancestor would have lived.

Several years ago an ethnicity estimate result of 1% Native American could have been a mistake but with advances in practices and databases, it is more accurate today. Based on the test itself you cannot learn a great deal from such a small percentage but there may be clues in your other region estimates.

If you previously knew there should be some Native ancestry then you might already celebrate this heritage. If it came as a surprise this is a chance to find out more about where you come from.

It is also important to note that the lack of Native DNA in your test does not mean you do not have 100% Native ancestors. They may have been so many generations back that their DNA never made it to you. Trust the documentation first and foremost when it comes to your family tree.