What is a First Cousin?

If you are from a close-knit family you likely know many if not all of your first cousins. They are important members of the family who for some people may even be their earliest childhood friends. This is not always the case, however.

In my own family until very recently I did not know any of my first cousins. It wasn’t until I became serious about researching the paternal line that I happened upon some of my first cousins on Facebook. A disconnect exists between myself and my paternal family but these awesome cousins turned out to be warm and friendly.

So then, what exactly are first cousins and how are they related to you?

What Are First Cousins?

How Are First Cousins Related to Me?

As with all levels of cousins, the familial connection is based on a common ancestor. They are generally not full blood relatives because one of their parents is not a part of your immediate family. We share one set of grandparents with our first cousins. 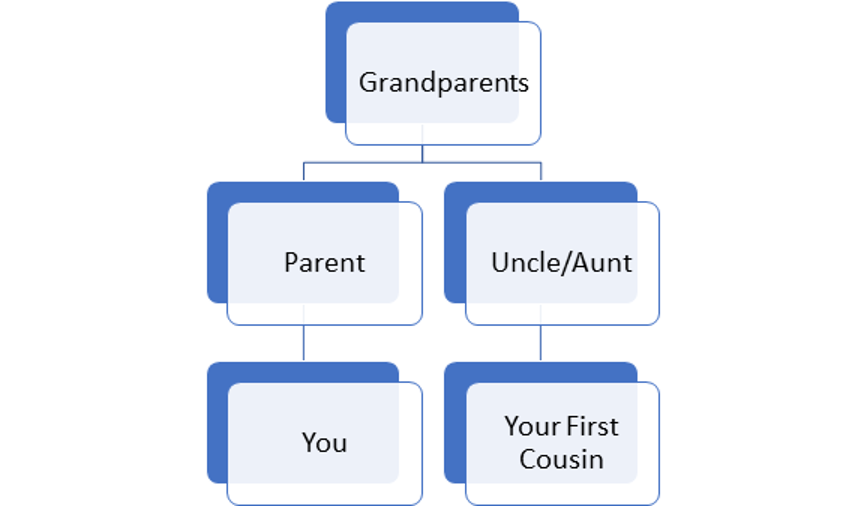 The diagram above shows how we are connected through our family line to our first cousins. If we were to track the line of descendants further we would find that the children born to us and a first cousin's child would be second cousins.

As the above illustration indicates, your parents' first cousins' children would be your second cousins. This trend carries on down the line to third, fourth, fifth cousins and beyond. The higher the cousin number the further you are away from your common set of grandparents.

In technical terms first cousins are most definitely considered close family members. They are the children of our parents' siblings so we are highly likely to know at least some of them. Although as mentioned there are possible reasons why we may not have contact with first cousins.

Queen Victoria of England and her husband Albert were first cousins. 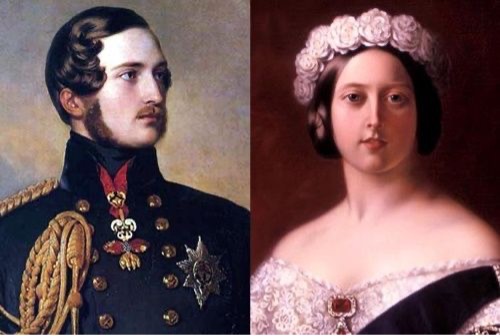 The first cousin relationship is close enough that it is sometimes something to consider in terms of legal situations. Depending on where you live first cousins may need to be considered in inheritance legalities.

Historically, despite the close blood relationship between first cousins, it was not uncommon for a marriage to occur between them. This has not always been a good thing and in terms of modern-day marriage laws, the United States is somewhat split on whether we should be allowed to marry first cousins.

There are 25 States in which marrying a first cousin is legal. Some of these states, however, do have regulations before it is allowed.

The answer to this question is that as long as the cousin or yourself is not adopted or not the child of the parent that connects you then yes, a first cousin would always be a blood relative. This is because your respective parents are siblings so they share a considerable amount of DNA.

In terms of shared DNA, you might share an average of 12.5% with a first cousin although random recombination can make a difference. In general, you would share between 4 – 23% of your DNA with a full first cousin. This may be different with half first cousins who only share one common grandparent.

How Many First Cousins Do We Have?

The first cousin is the rarest of all the cousin levels and the number we have really depends on how many siblings our parents have. If both of our parents are only children for example then we would have no full first cousins at all.

If for example each of our parents had nine siblings meaning we had 18 aunts or uncles and they each had 10 children we might have 180 first cousins. This family size is not as common today as it was historically so numbers in the hundreds are likely rare in terms of first cousins.

There is no average number of first cousins that we might have but it can range from 0 to upwards of 180 depending on location, religion and general birth rates.

What Is a Double First Cousin?

As mentioned earlier North Carolina will permit marriage between first cousins as long as they are not double first cousins. What does this interesting term mean and why might it change the rules on first cousins marrying?

Well, quite simply when siblings from one family marry siblings of another family the children from those marriages are considered double first cousins. Instead of sharing just one set of grandparents, they in fact share two.

This means double first cousins can share almost twice as much DNA as a standard set of first cousins. In fact, the blood relationship is as close to being half-siblings as it is to cousins. With the marriage between siblings being completely illegal in the United States it is understandable that North Carolina would have this requirement.

What Is a First Cousin Once Removed?

Another explanation for this relationship is the connection between you and one of your parents' first cousins. Your father's first cousin for example is also your first cousin once removed. This time you are the one who is a generation further away from your common ancestors.

What Is a Half First Cousin?

You likely caught mention of half first cousins earlier in this post so let's explore what that means. Essentially half first cousins only share one grandparent in common instead of two. Their respective parents were only half-siblings.

As half first cousins, you share about half the amount of common DNA that full first cousins would. Once half cousins are established in a family line this will remain attached to each successive generational cousin relationship.

The first cousin relationship is the rarest but easiest to understand of all the cousin types. The use of rare merely indicates that we have fewer first cousins than we would have second, third, fourth or so on.

Our first cousins are the children of our aunts and uncles and might be the first children we play with before we enter the school system. They are close family members, so much so that in certain states you can not legally marry a first cousin.