What is an NPE?

Have you taken a DNA test or been researching it and found the acronym NPE? In this article, we'll explain what this term means, how it is used and why it's useful for genealogy research.

There’s an interesting acronym in genealogical terminology, NPE. When this little acronym crops up in a tree things are about to get turned on their head and your tree is going to have to take a different path. What then does NPE mean? I’ll start my explanation post with a little personal information from my own tree.

In collecting documents for my family tree research I obviously gathered together birth records for my parents and grandparents. Everything looked good, everything was as expected, names and dates were matching up.

I did, however, notice a whiff of scandal regarding my great grandmother. You see, she married her husband in late December 1919. That was terrific, good for them! But wait, my maternal grandmother, their daughter, was born in late March 1920. So that meant my great grandmother was already very pregnant when she got married.

Is that a huge deal? Certainly by today's standards, no, but it certainly was a little scandalous for the time. There was another problem on the horizon, however, in the form of my AncestryDNA ethnicity estimate.

My great grandmother was not with her first husband very long. Documents suggest just long enough to have a couple of children including my grandmother. After her first marriage failed she started a relationship with another man with whom she had at least 10 children.

Things were about to get complicated because when my DNA results came in I found that I had a 1st – 2nd cousin match. This person turned out to be the grandson of my great grandmother's second husband and therefore the nephew of my grandmother.

The DNA was pretty obvious in this case, my grandmother's second husband was either my great grandfather or my grandfather. This likely meant that her first husband who is listed in records as my grandmother's father was not in fact her biological parent. This type of occurrence is known as a non-paternal event (NPE).

What Does NPE Mean?

The acronym NPE means non-paternity event. It essentially indicates the discovery that a presumed father to an individual is not the actual biological parent. This is specific to instances where it is commonly understood that the father is one individual but it later proved to be not correct. 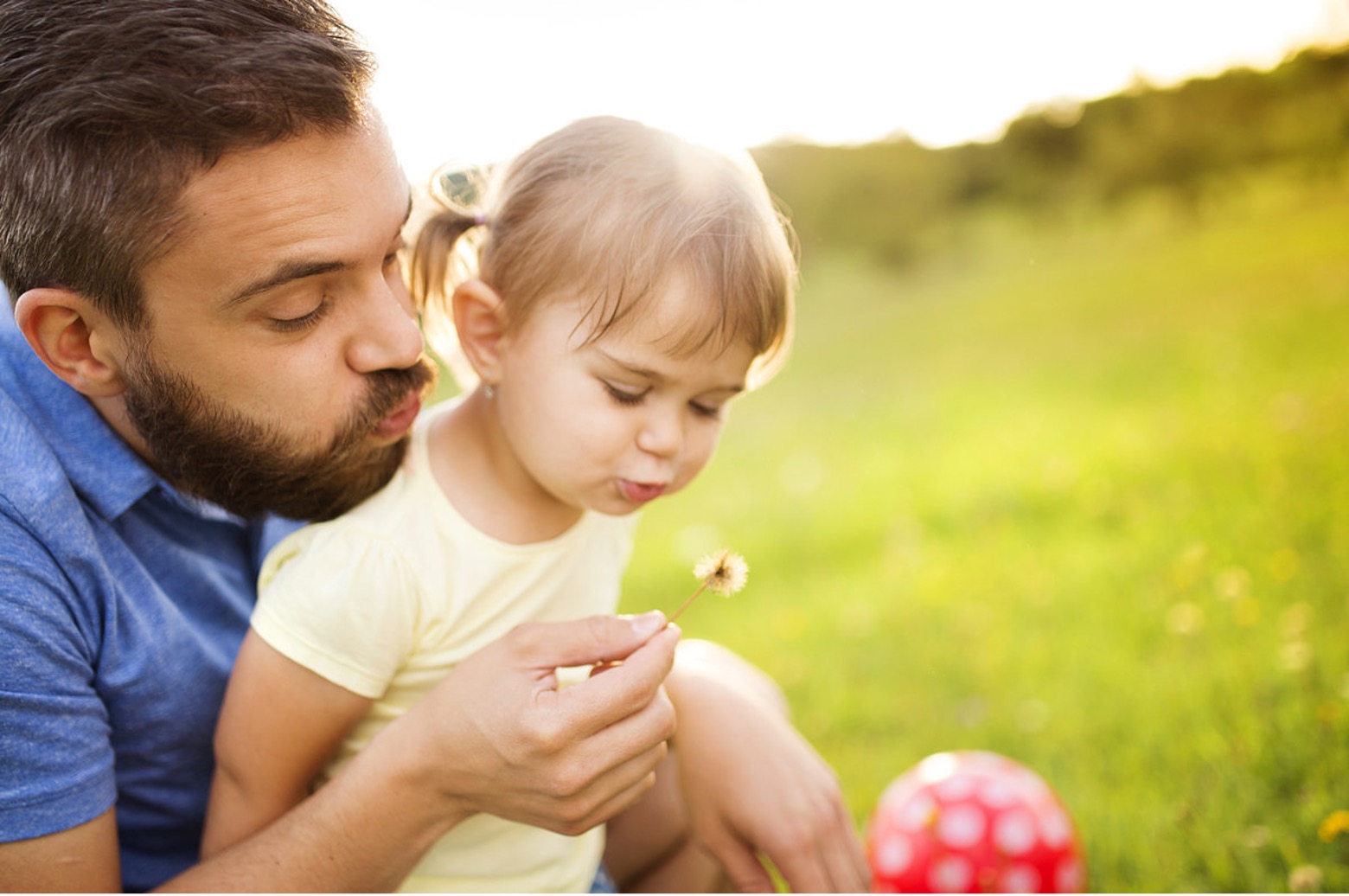 When it is known that a person is not the father of an individual despite them acting in such a capacity this is a step or adoptive relationship and is generally known to be the case. But if the father believes they are the parent but is in fact not this then becomes an NPE.

In terms of my great grandmother's first husband, I do not know if he was aware that my grandmother was not his daughter. I determined this situation after all the involved parties were deceased. As far as I am aware it is a non-paternity event.

There are other genealogical terms that mean the same thing as NPE which include.

How are NPEs Discovered?

When it comes to parents realistically with the exception of egg donation you can be 100% sure that the woman that gave birth to a child is the mother. In a lot of cases, the partner of that woman is most likely the father of the child.

This means that in the vast majority of cases an NPE would be due to a father being misidentified. Sometimes the mother is aware that the child does not belong to the man she claims is the father. She may have gotten pregnant, been abandoned by the real father and quickly found a replacement. This may have been the case with my own great grandmother.

A known affair can be an indicator of the possibility of an NPE especially when it comes to light after the event. Although it would require a DNA test to confirm if it was indeed an NPE.

Historically, as in the case of my great grandmother, with no one alive who can confirm what happened the only way such an event comes to light is through DNA testing. If you find yourself matching with descendants of someone to who you should not be related this may be an indicator.

If you do not match cousins who are from a certain branch of the family this could be an indicator that your supposed common ancestor is not in fact related to you. The distance of the ancestor can make it tricky to determine such things so NPEs are generally discovered in recent generations.

How Common are NPEs?

As mentioned you can only really be certain of who someone’s mother was. This is because they gave birth to that person and if this is recorded then it is highly probable that it is correct. With fathers, there are several circumstances by which they may not be the real father.

This does not make it a hugely common occurrence but it is at least common enough for there to have been studies related to it. Researchers have used YDNA testing as a method of tracing paternal lines from father to son. 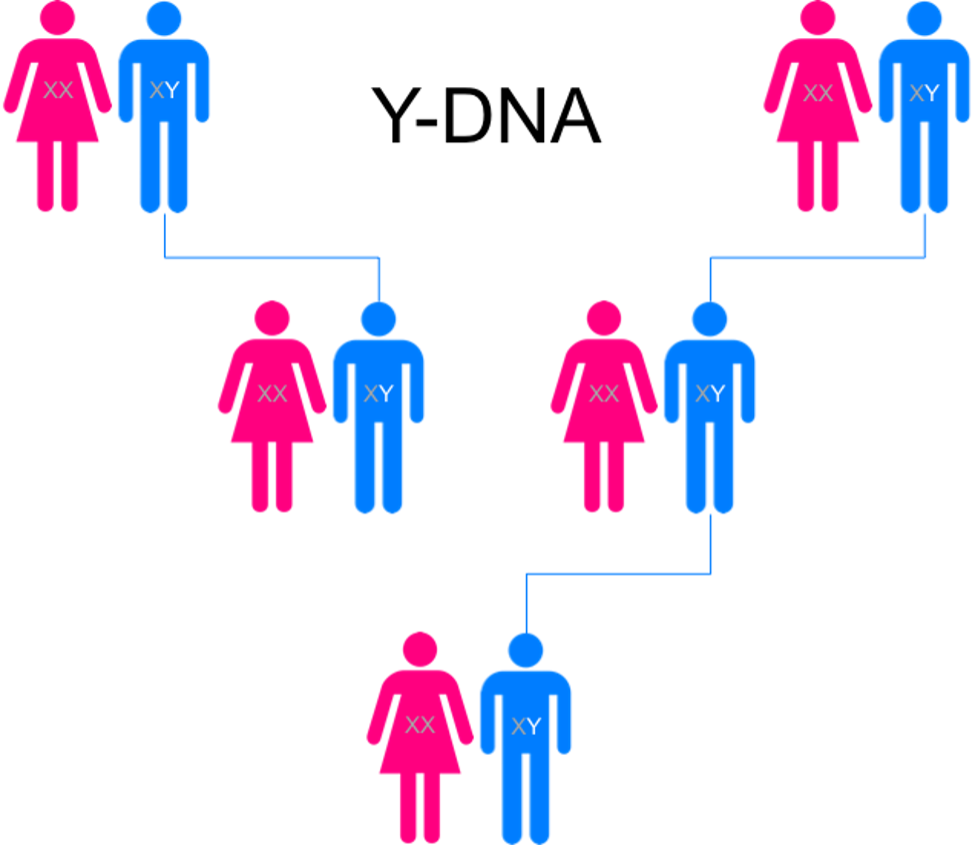 The family name is passed down the generations father to son with daughters often taking their spouse's names upon marriage. This in theory traces the same inheritance pattern for males as YDNA exhibits. Males inherit 100% of their father's Y chromosome meaning that their YDNA only comes from their paternal lineage.

Some common family names have actually been attributed to specific haplogroups. People who share a specific make-up of YDNA will be assigned to a certain haplogroup. If for instance someone has the surname Davies but their YDNA does not match the Haplogroup for that name then there may be an NPE along the paternal line.

In modern estimates, only 4 – 10% of all births might possibly be an NPE. This could mean between 1 in 10 to 1 in 25 births might have a misattributed parent. This is of course in recent studies and might be a higher rate than the historical norm.

We do live in a slightly more liberated time. Historically speaking women were less likely to stray from their marriages.

Will we Find NPEs in Our Trees?

This is a good question, will we find NPEs in our trees? It is possible that we might find them but equally possible that we will not. This does not mean that there are none because the very nature of an NPE is based on a secret.

I did find one in my tree relating to my own grandmother. It’s a very unique and more controversial story than I even indicated. The fact is though I was fortunate that I found a DNA match on AncestryDNA which allowed me to realize that the man on paper as my great-great-grandfather could not have actually been the correct person.

You may come across such situations in your tree but equally, you might completely miss one because DNA doesn’t help and the only people who knew are long since passed away. Theoretically with 64 great-great-great-great grandparents and 4 – 10% of births being NPE then 3 – 6 of those ancestors should not be in our tree.

This is of course merely theory and we can have no real way of knowing for the most part. It can be a hard aspect of genealogy to understand that sometimes even when the records tell us something the truth would actually point us in another direction.

The non-paternity event (NPE) is something that we may come across as a family tree researcher. When this situation arises we may find the course of our research thrown off track. This may serve to be a blessing for our research because the actual father might be better documented.

It could also undo years of research in an instant if DNA confirms that an ancestor you had come to accept was not even related to you at all. It is often only through good research and DNA testing that we might catch NPEs and hopefully correct them.

The truth is that not every male ancestor in our tree may definitely be related to us. It’s actually ironic that family names pass down the paternal line. Generally speaking, it's almost 100% likely that a person's officially recorded mother is in fact their biological parent.