What is My Dad's Cousin to Me?

Finding out how you are related to other family members can sometimes be a bit tricky. In this article, we'll cover how you can find out what your relationship to your dad's cousin is.

A big part of researching your family tree is talking to the older generations of your family. This may lead you to going through old family albums. Your parents may be putting names and familial relationships to the faces in those images but it can get confusing as to how some of them are related to you.

You may be told that this or that person is your dad's cousin, but what does that mean to you and your relationship to them?

Who Is Your Dad's First Cousin to You?

So you know who your dad's first cousin is but what is that person's relationship to you? This is a very simple relationship, really, because they are also your first cousin just once removed. However, it's only simple if you've spent any time researching your family tree.

The diagram below illustrates the example of your relationship to your dad's first cousin. 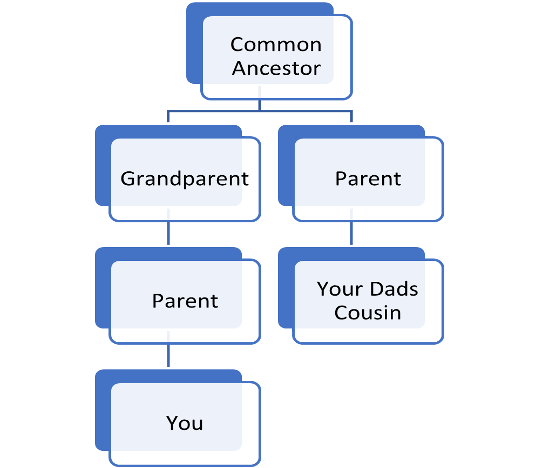 Again, we can look at a diagram to show how this relationship works. 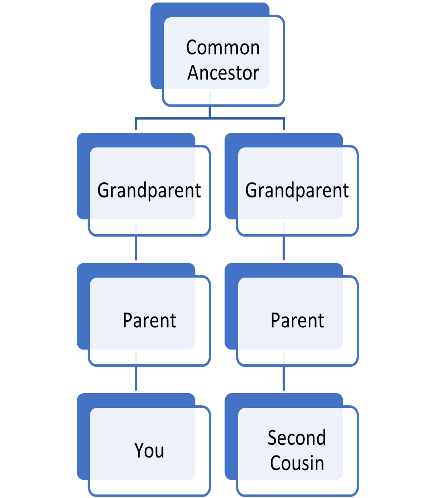 Cousins of the Same Generation

Generation is an important aspect when you are trying to determine the connections you have with any cousins. If your cousin is in the same generation as you, meaning that they are the same number of generations separated from your common ancestor, then they are referred to as your cousins.

This trend continues as you get further away from the shared common ancestors extending to third, fourth, fifth cousins and beyond. As long as you are in the same generation then it is a simple numbered cousin connection. 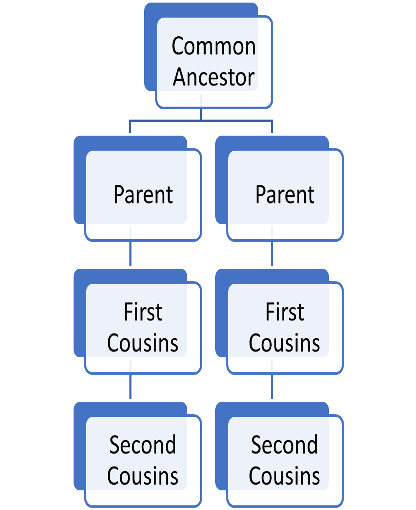 Due to the fact that you are one generation further away from your common ancestors than your dad's cousin is, you should then be referred to as cousins removed. The more generations that separate you the higher the removed number.

The cousin relationship terms can become confusing if the children of your common ancestors are only half-siblings. In this instance you only share the one common ancestor with your cousin. So even though you are still in the same generation you would only be referred to as half-cousins to whichever generational degree you are descended from.

Cousin relationships can at times be confusing but when you apply some simple logic it isn’t that hard to understand them. If you are in the same generation as your cousin then you do not have to worry about the term "removed."

When it comes to your connection to your father's cousins, however, you will always be considered as "removed" in terms of relationship. The more generations you are separated from any cousin, the further you are considered removed.