What is the Arabian Peninsula DNA Region on Ancestry?

We often think we have some idea of what our ethnicity estimate from AncestryDNA is going to show and often we are right. Sometimes, however, we get thrown a curveball and see something that is surprising.

If we know we have family from Arabia then seeing Arabian Peninsula region DNA will not be hugely surprising. But if we were unaware of this possibility then it may come as a big surprise.

What is the Arabian Peninsula? Who are the people from this region? And what does it mean to have this DNA? We will address all of these questions and more in this post. So if you have Arabian region DNA in your results, read on.

What Is the Arabian Peninsula?

The Arabian Peninsula, or more commonly Arabia, is a part of Western Asia. It is considered the largest peninsula in the world. It is surrounded by several bodies of water including the Red Sea, Persian Gulf, Gulf of Oman and the Somali Sea amongst others.

The northern land borders of this peninsula are considered to be the northern borders of Saudi Arabia where they meet Jordan and Iraq. This is of the geographic extent of the Arabian peninsula which includes the following countries:

What Is the Arabian Peninsula DNA Region?

When it comes to the Arabian Peninsula DNA region this is slightly different from the geographical understanding of the region. It does cover much of what is considered Arabia but not all of the same countries. 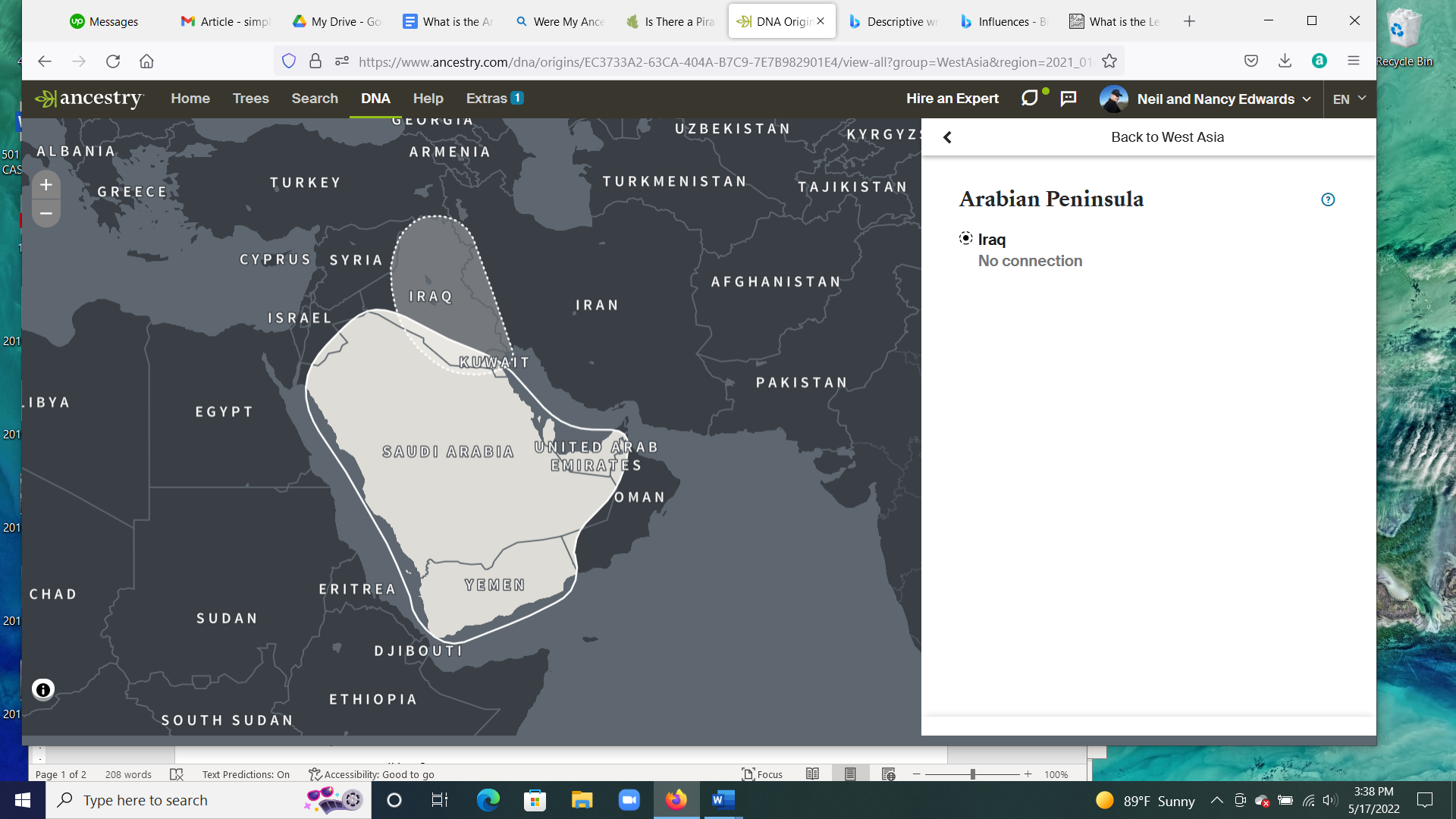 Notably you will likely notice that Oman, Iraq and Jordan have only small populations of Arabian Peninsula DNA mainly in the regions that border Saudi Arabia. Iraq actually has its own subregion of the Arabian Peninsula.

History of the Arabian Peninsula

The climate and terrain of the Arabian Peninsula has always been challenging based on archaeological evidence. It is believed that hominids may have passed through the region 300,000 to 500,000 years ago but did not settle at that time.

It wasn’t until around 105,000 to 130,000 years ago that humans likely from the African continent started to develop more permanent settlements in the less severe regions of Arabia. These settlements were located around a few rivers and more coastal regions.

These early settlers seemed to have language with similar roots to those spoken in Northern Africa and their civilization controlled the area well into the 5th and 6th centuries AD. Slowly, however, Islamic influences arrived in the area and became the dominant religion. It is thought the Islamic prophet Muhammed was born in the Arabian peninsula settlement of Mecca in 570 AD. 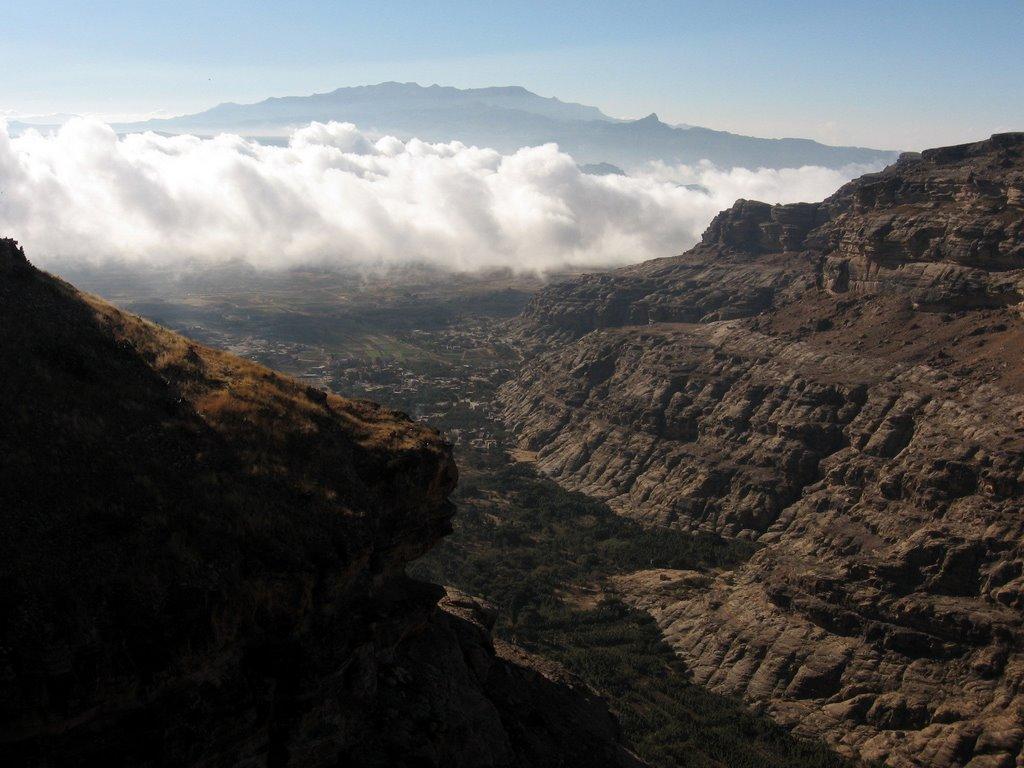 To this day it is considered that every able bodied Muslim with the means to do so should make at least one pilgrimage to Mecca during their lifetime. It is a deeply Islamic region which has seen more than its share of conflict.

The region came to prominence on the world stage, however, with the discovery of massive oil reserves in the 1930s. This led to a massive growth in wealth in the region for all of the countries with the exception of Yemen.

How Did You Get Arabian Region DNA?

If you were not already aware of heritage from one of the countries associated with the Arabian Peninsula you may be wondering where this DNA came from. Well a result of over 5% Arabian Peninsula DNA likely indicates that you had an ancestor from this region within the last 200 years.

A percentage below 5% may indicate the ancestor is far more distant and as a result may be harder to confirm. Those who were formerly in the Middle Eastern DNA region may find after September 2021 that they are now listed as Arabian Peninsula.

As science improves ancestry is increasingly able to zero in on more specific regions from which our ancestors may have originated.

What if I can’t Trace my Family to Arabia?

In some cases we can’t find that connection to a certain region. This can be because we had more distant ancestors who maybe moved to a neighboring region before later moving to where you now reside.

Close regions that ancestors may have come from include the following

If you can trace ancestors to the geographic areas within one of the above regions this may be where your Arabian Peninsula ancestors came from. Their own ancestors may have traveled to one of these regions generations before they themselves left for Europe or the United States.

How Can I Trace My Arabian Peninsula Ancestors?

With all things genealogy related there are certain steps you need to take to start any journey toward tracing your ancestors from any region. Depending on how recent your Arabian Peninsula ancestors are to be found in your tree this can be easy or it can be very challenging.

The first step to take is to talk to your oldest family members, specifically those who likely associate with the Islamic faith. This is always the best source of information especially if they were born in another country or knew older family members who were.

Using your information from senior family members, start building your tree on a site like Ancestry.com and try to track down records for your earliest immigrant ancestors. Ship manifests or citizenship documents can help greatly in finding out where your ancestors may have come from.

Try and make full use of the AncestryDNA tools such as Thrulines and common ancestors. In order to do this you need to ensure you attach your DNA results to your tree.

The Arabian Peninsula has historically been a hard desert climate which has created difficult conditions for human settlement. They did find a way though and it became a populous region which has become prosperous thanks to the discovery of vast oil reserves.

It is a heavily Islamic region that has seen turmoil and plenty of migration out into the world at large. There are millions living in the United States who may have Arabian Peninsula region DNA in their ethnic makeup.