What is the Baltic States Ethnicity on Ancestry DNA?

If you've recently done a DNA test and the result revealed "Baltic States" as your ethnicity, you might wonder what that means. In this article we'll cover where this region is, the history of it, the genetic makeup of the region, and much more!

You have received your ethnicity estimate from AncestryDNA and you may or may not see what you’re expecting. There may be a small region included in your results known as the Baltic but what does that mean?

The Baltic is quite a small region compared to some other ancestry regions, covering only a few countries. These countries, however, share a cultural history, similar languages and evidently some common DNA traits which show up in people who are from this region.

What Is the Baltic DNA Region?

The Baltic DNA region is bordered by the Scandinavian peninsula to the north, Poland to the west, Russia to the east and Belarus to the south. It is made up of just two subregions: Estonia & Latvia and Lithuania. 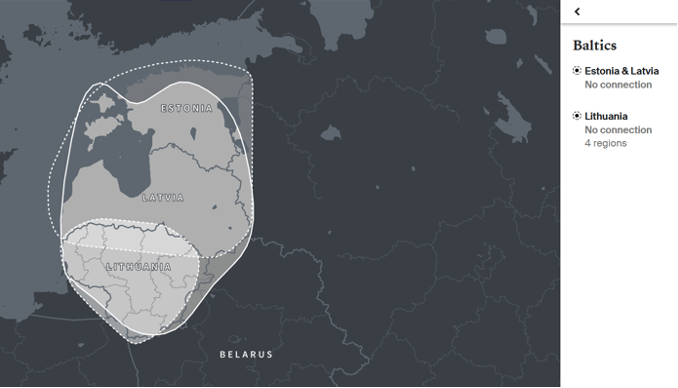 It is important to note that until 2018 when AncestryDNA updated their DNA database and regions this area was considered just part of Eastern Europe. It has now been determined that there are elements of DNA that can be traced to this small specific region of Eastern Europe.

What Countries Make up the Baltic Region?

As mentioned it is not an extensive DNA region encompassing just a few main countries and several others in which Baltic DNA is present.

Around 10,000 years ago, as the glaciers began to recede from the land now known as Lithuania and Latvia, hunters and gatherers migrated north from Central Europe. In the early millennia, these tribes roamed this region surviving from hunting until the climate gradually warmed.

As the temperatures rose the nomadic tribes started to settle and develop farming practices to help supplement their hunting. The early farms focused on domesticated livestock due to the harsh conditions and poor soil. It wasn’t until the 3rd century BC that the people of the Lithuanian region started to plant crops.

The people who settled this region became known as the Balts and due to the isolation caused by thousands of lakes and swamps for thousands of years, their spread was contained within a relatively small area.

There were several branches of the Baltic tribes, the Old Prussians and Yotvingians in the west and the Lithuanians and Latvians in the east. Today only the Latvian and Lithuanian groups still remain due to historic interference from neighboring regions.

The Lithuanians and Latvians kept themselves distanced from the influences of the Roman empire. They were noted in Roman records, however, from 97 AD in which they were referred to as the Aesti people. Their presence within Europe started to become more recorded after the 2nd century AD in later Roman texts and some early medieval writings.

The Vikings in the Baltics

It was around the 9th to 11th centuries that the Vikings started to raid in the Baltic region. The kings of Denmark would claim tribute from the region with the peoples of Lithuania paying to Kievan Rus. They also paid to the Grand Prince of Kiev, Yaroslav the Wise. 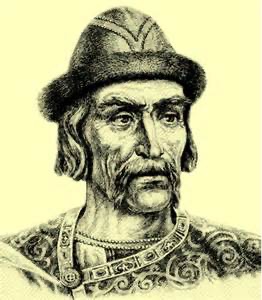 In the mid 12th century the tables would begin to turn as Lithuanian forces started to band together and raid in their own right. This led to a greater combined force and eventually the early beginning of the Lithuanian State. Later the Latvian and Estonian states would also form as well.

How Recent Is my Baltic Region Ancestor?

Generally speaking, a Baltic region ancestor likely came from Lithuania, Latvia, Estonia or somewhere in the close neighboring countries. So the amount of DNA we have that indicates this reason can be the deciding factor as to how long ago we had an ancestor from that region.

If we have a high percentage of Baltic region DNA then we may only be a few generations away from the ancestor. Smaller percentages can be harder to trace as they may indicate an older connection to the region.

It is important to note that generally speaking most people are rarely 100% of a specific ethnicity. An ancestor who was born in one of the Baltic region countries may have a mixed heritage that could include surrounding countries.

Can We Pinpoint Where Our Baltic Ancestors Were From?

In some AncestryDNA regions, there can be numerous subregions to which we may also get matched. This can sometimes seriously narrow down the area we should be looking at in terms of where our ancestors may have been born.

As previously mentioned, the Baltic Region is small and only has two subregions. Your match may be specifically Estonia & Latvia or Lithuania which may help narrow down your genealogical search somewhat. It is still a broad area, however, so it can be hard to determine specific areas based on our DNA.

Did the Baltic States Spread?

In terms of migration through mainland Europe, the inhabitants of the Baltic states stayed largely isolated for thousands of years. They did raid during the 12th century but seem to have remained close to their home regions and didn’t settle as other surrounding cultures did.

They have small amounts of overlap with neighboring countries which is to be expected geographically speaking. But the Baltic culture and language have remained mainly within the three main Baltic states.

Immigration from the Baltics

The earliest Estonians to immigrate to the United States did so around the 1600s and then in very small numbers. There were some immigrants during the late 1800s but the bulk of Estonians moved to the US after the failed 1905 revolution. They were usually recorded as Russian or German in immigration paperwork.

In around 1638 a small number of Latvian immigrants made their way to the United States fleeing the Swedish controlled regions in the north of the country. The immigration to the US from Latvia did not really ramp up until the 1880s – 1920s.

Those who arrived before World War II are considered the Old Latvians while those who came to the US in the aftermath of the conflict were merely known as the Latvians.

The Baltic DNA region is a small area that encompasses just three main countries. They have modern-day unique cultures which find their roots in shared prehistory. The language of the ancient Balts serves as the root of the modern-day Baltic languages.

Much of the immigration from the Baltic region is relatively recent which makes it somewhat easier to trace your connections to the region. High levels of Baltic region DNA would indicate an ancestor from the region within a few generations.