What is the Bengal DNA Region on Ancestry?

The results of our AncestryDNA tests may sometimes be what we expect or on occasion may be a big surprise. Either way, often we need a little more information regarding some of the regions that arise in our ethnicity estimates.

One region that is not at all uncommon considering an estimated 12-13 people likely have roots there is the Bengal region. Those who still live in this region already understand all about its history and culture. There are others, however, who may never have even visited or in fact been aware that they have ancestors from that area.

In this post we will go into more detail with regards to the history, geography and culture of the Bengal region. We will also discuss what it means to be from this region and how easy or difficult it might be to trace our roots in the Bengal Region.

What Is the Bengal Region?

The Bengal Region is primarily located around the country of Bangladesh, a relatively young nation that formed during the 1947 partition of India under British colonial rule.

The region likely takes its name from the former kingdom of Banga which dates back to 1,000 BC. Possibly originating from the name of the sun god Bong, the first instance of something similar to its modern day name was around the 11th century. Recorded in Southern Indian records it was referred to as Vangaladesa. 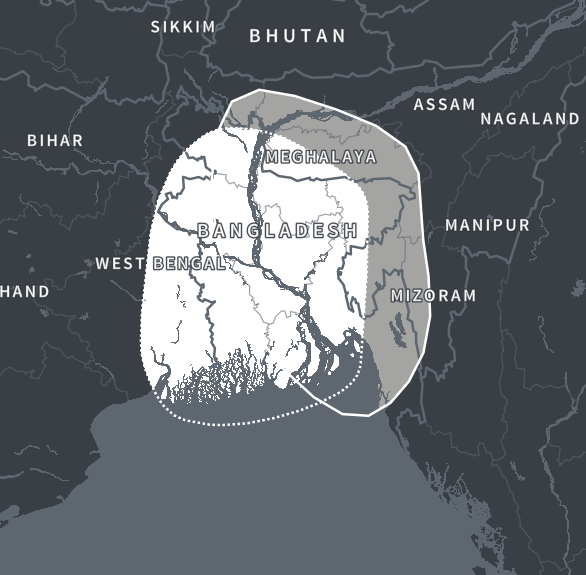 Around the 14th century this term had started to become Bangla before later with the influence of the Portuguese it became Bengala.

Much of the Bengal region is located around the world's largest river delta, the Ganges. This does not make it a completely lowland region though as there are extensive highland areas to the north.

Does the Bengal Region Have Sub-Regions?

Many of the large regions that AncestryDNA covers have multiple sub-regions. But Bengal only has one sub-region which is the country of Bangladesh. It is often beneficial when we get assigned to smaller subregions when it comes to our family history research.

With so few sub-regions for Bengal it makes it more difficult to determine where in this large area your ancestors may have originated.

How Did You Get Bengal Region DNA?

If you already know that you had family who came from Bangladesh or any of the bordering Indian states then you know why you have Bengal DNA. If this result came as a surprise you may not know how exactly you came by DNA from this region.

If you have a sizable percentage of DNA from this region then it is likely you have an ancestor who was born in or close to the country of Bangladesh.

History of the Bengal Region

The discovery of stone age tools found in Bangladesh suggest that humans have been living in this region for over 20,000 years. Evidence of copper age settlements dating back 4,000 years has also been found in the region.

The earliest evidence of farming in the region comes in the form of rice cultivation around 2,000 BC with people creating close knit housing communities by around 1,100 BC in the area. Evidence shows that around 1,100 BC not only were people living close together but they were burying their dead and working in both pottery and copper manufacturing.

Thanks to the presence of the Ganges Delta within this region prosperity and trade soon began to grow. This helped the development of major urban regions from around 500 BC onwards.

The earliest religions in the region were Buddhist and Hindu although as trade grew with Arabia and Persia greater Muslim influence came to the region. Between the 8th and 12th centuries AD the Bengal region become increasingly more Muslim. 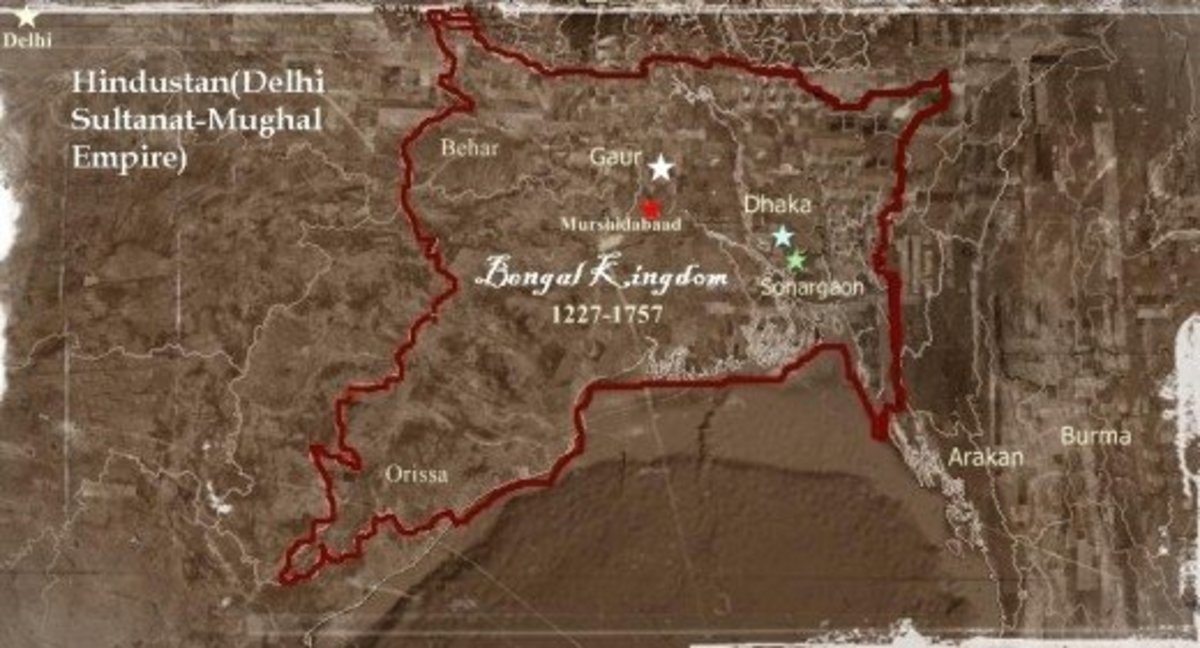 The Migration of Bengal DNA

There are millions of people around the globe who have roots in the Bengal region. As mentioned there has been thousands of years of trade in and out of Bengal which in itself has led to people leaving Bengal and settling elsewhere around the world.

In more recent times political and cultural unrest in the region has led to millions of people fleeing their homeland in search of safer and more prosperous opportunities. Those who have left often settle and raise families often holding onto their traditions.

Over generations, however, traditions do start to wane and it can often lead to people associating more with their new local culture than their historical one. As the descendants of immigrants start to lose their interest in the old ways it can often be forgotten where the family originally came from.

Those who have Bengal Region DNA today might not have received it directly from someone who was born in that region. With so many centuries of world trade their most recent Bengali ancestors could have come from a European country that their distant ancestors settled.

Can You Trace Your Bengal Region DNA?

There are certain countries which can present problems when you are hoping to trace your origins from them. The Bengal region is one such region especially when you consider that registration of all births only really became compulsory around 2006.

Prior to new rules regarding birth registration millions of people were born without being recorded. This means that older records in the region are often of little help if you hope to trace your family tree.

You may be fortunate if your most recent ancestors were just a few generations before. Oral family history may be able to fill in the blanks. Ancestors from villages and smaller towns were likely not recorded extensively so there may be no paper trails to follow.

The Bengal region is one that has seen thousands of years of history and thanks to a fertile river delta became a hub for farming and trade. The path of goods throughout Asia helped the spread of Bengal region DNA as has political turmoil and poverty.

This region was an early Buddhist and Hindu stronghold although hundreds of years of trade with Islamic countries eventually shifted the balance of power to the Muslim population. It is a rich and varied culture that has developed over 20,000 years.

In terms of our genealogical research it is not easy to trace our more distant ancestors in this region. We therefore may need to rely on family lore to try and pinpoint our roots. If you have Bengal region DNA you are one of 12-13 million who can trace your roots back to this area of Asia.