What is the Iberian Peninsula DNA Ethnicity on Ancestry?

If you've recently done a DNA test and the result revealed "Iberian Peninsula" as your ethnicity, you might wonder what that means. In this article we'll cover where this region is, the history of it, the genetic makeup of the region, and much more!

Until a fairly recent update to AncestryDNA’s ethnicity regions, some people would have found the Iberian Peninsula listed among their ethnic estimates. Thanks to the greater accuracy of testing and the growing number of testers it is now possible to view that region as several distinct areas.

There are two countries that geographically makeup what is known as the Iberian Peninsula. For the most part, those who formerly tested as from that region likely had ancestors from one of those locations. This post is going to discuss the current regions which once were considered part of the Iberian Peninsula and what it means to have this DNA.

Where Is the Iberian Peninsula?

It shares a land border in the northeast with southern France, to the west across the Mediterranean lies the island of Sardinia and to the south across the sea lay the northern coasts of Morocco and Algeria. The nearest neighbor to the east of the Iberian Peninsula is the North American continent. 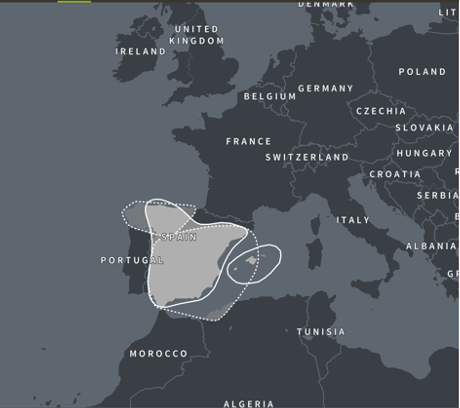 What Countries Were Part of the Iberian Peninsula Region?

As mentioned the Iberian Peninsula region no longer exists as a distinct entity on AncestryDNA. It has since been broken down into smaller regions thanks to improved DNA testing results. There are officially only two main countries that are part of this peninsula but there are a few others that may exhibit DNA from this former region.

There is evidence of hominid presence on the Iberian Peninsula as far back as 300,000 years. Fossil records show the presence of Neanderthals, and other early modern human ancestors. Homo Sapien Sapiens first appear in the fossil record of the region after 35,000 BC.

Protected somewhat from the last ice age the peninsula would have been a land of plenty for early human hunters and gathers. Around 10,000 BC, however, as glaciers receded north and sea levels rose the large game moved northward. This led to the inhabitants of the peninsula having to adapt and find new food sources.

The sea became an additional source of food for the peoples of the Iberian Peninsula in the form of shellfish. Over time life advanced and the peoples of the peninsula developed better tools and weapons keeping pace with the rest of Europe in its social development.

The Arrival of the Phoenicians

Over thousands of years, settlements on the peninsula developed, disappeared and shifted based on the natural resources. There were countless tribes throughout the region interacting with each other and at times trading with neighboring countries. 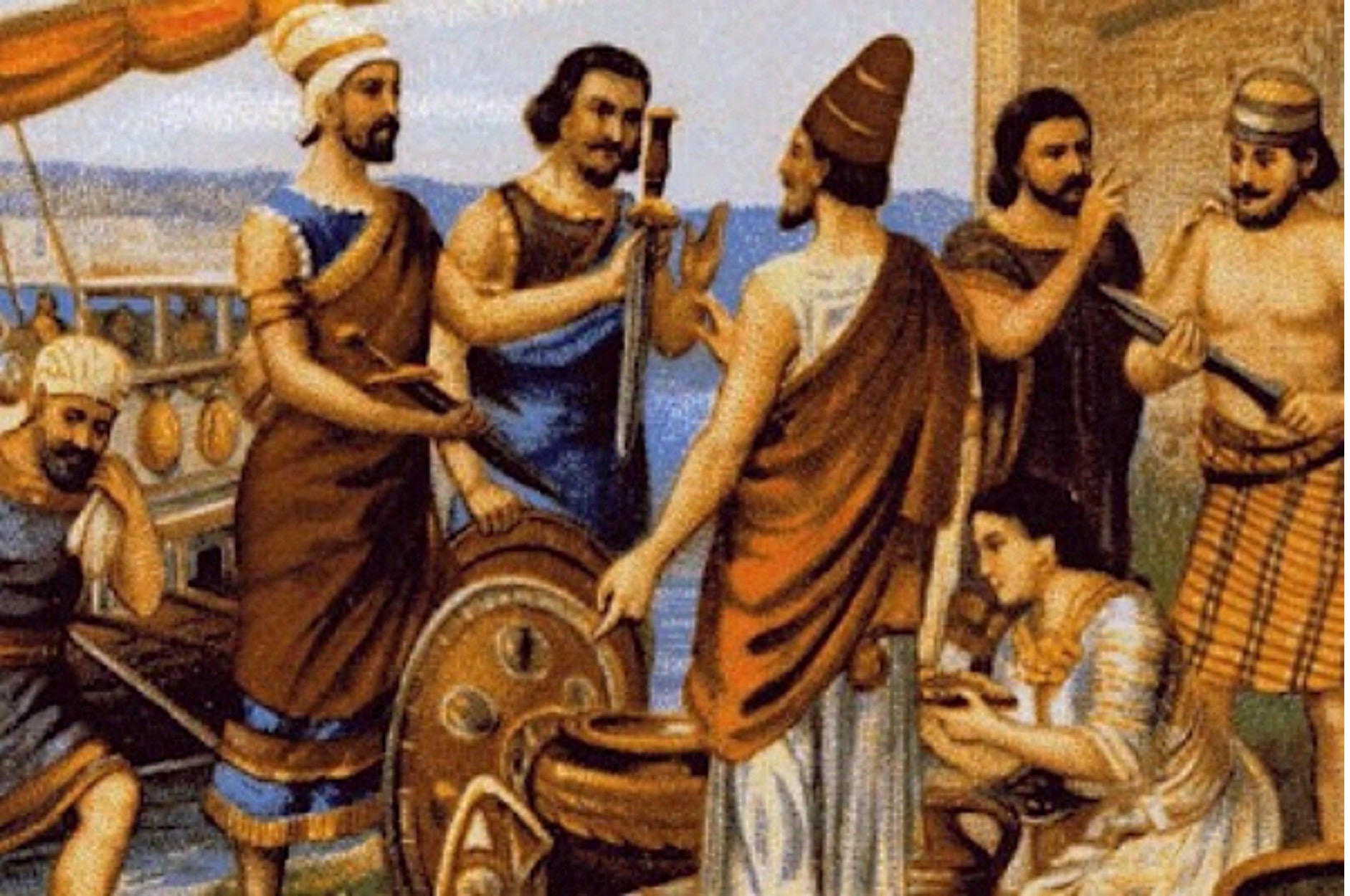 Around 800 BC a group known as the Phoenicians arrived in the peninsula from a region in what is now modern-day Lebanon. These sailors had already settled along the North African coast founding several cities that still exist today.

The mineral wealth of the Iberian Peninsula was to prove too tempting so the Phoenicians made their way to southern Spain establishing settlements. This would be just the beginning of a huge trade system originating from the Peninsula and numerous other societies would come to settle the region at various times.

Around 575 BC the Greeks established two small colonies in the northeast of the peninsula bordering France. They would focus on trade in olive oil, perfumes and fine pottery and extensive trade partnerships were created with the Phoenicians.

Rise of the Iberians

The indigenous tribes of the peninsula were gradually drawn into the new systems of the Phoenicians and Greeks assimilating some of the cultures from these Eastern new arrivals. However, they still held to some of their own ways so they were a distinct society unto themselves. 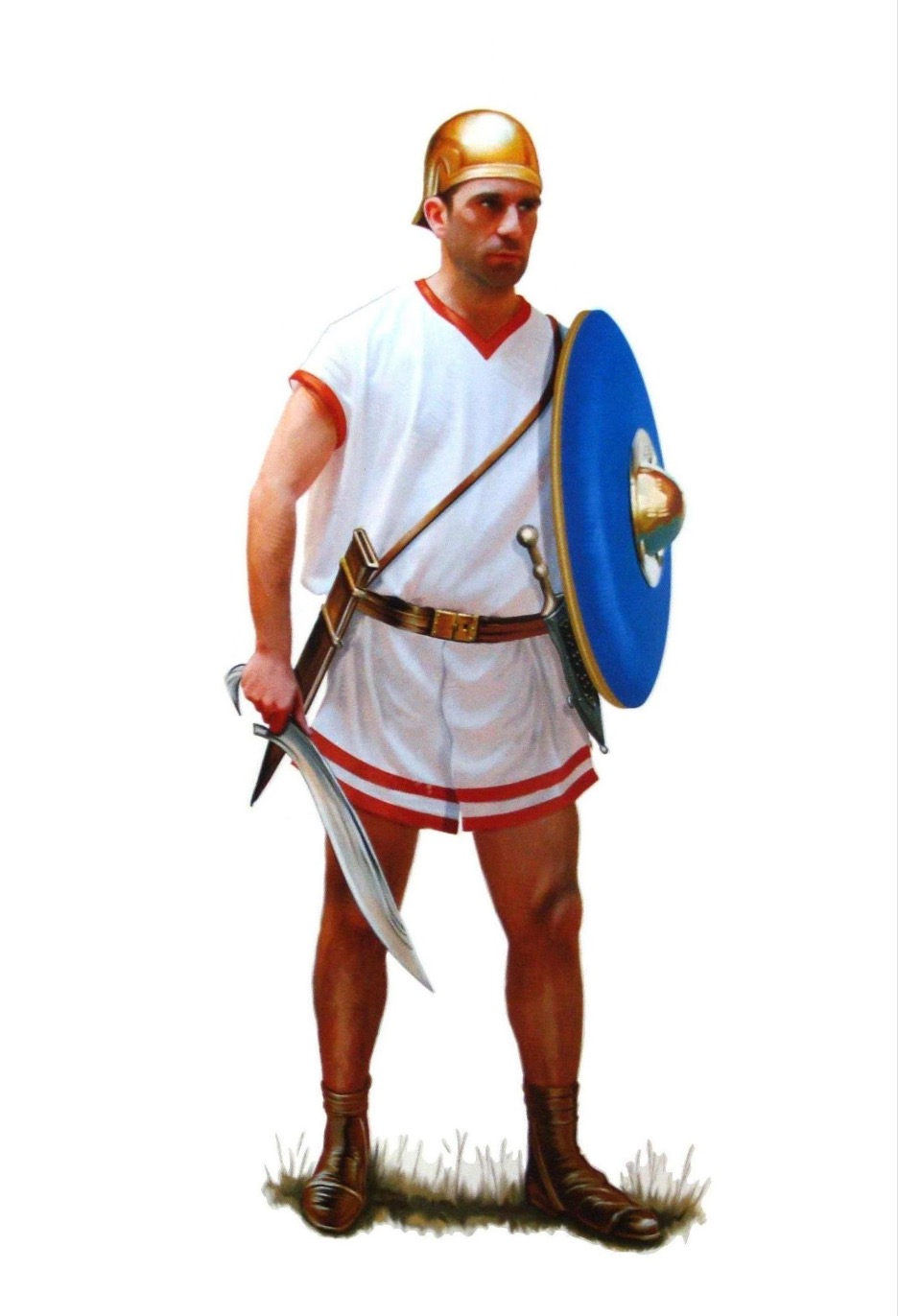 Around 550 BC was when classical writers began to mention the Iberians in their works. They were recorded as having their own distinct language and cultural practices. They created their own cities inspired by the Greeks and Phoenicians with economies focused on agriculture.

Rome had an interest in Spain due to its mineral wealth but really did not want to settle the region. Their initial attacks were more to cut off reinforcements from the region that would help boost the army of Hannibal.

The Romans invaded, taking gradual control of the region and spent centuries battling local tribes throughout the peninsula. Some immigration happened from Italy at this time as part of the booming silver mines but they did not settle the region in vast numbers.

Around 500 AD when Roman control over Europe was waning the last military presence from Rome was pushed from the peninsula by the Germanic Visigoths. This barbarian tribe had been a thorn in Rome’s side for centuries and they established settlements in northern Spain. 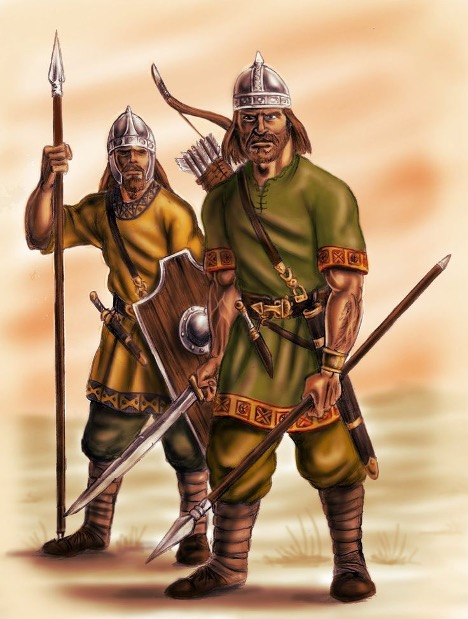 The Basque region which is a unique cultural area of northern Spain and southern France marks the approximate area in which these Visigoths settled. A unique language is spoken in this region that has its roots in both Germanic and Iberian tribal linguistics.

This arrival of the Visigoths led to the rise of several kingdoms which for many centuries experienced internal conflicts. The level of unrest on the peninsula did not go unnoticed as Islamic leaders in neighboring North Africa took notice.

Islam on the Iberian Peninsula

In the year 711 AD, the conquest of Spain began when Muslim forces took the island of Gibraltar. The campaign moved swiftly and by the time it ended much of the peninsula with the exception of some northern regions was under Muslim control.

As with Rome, the Muslim Empire extended itself too far and its control started to fall apart. Catholic kingdoms in the north of Spain took advantage and started to fight back against the Muslim forces. The first city to be reclaimed by the Catholic kingdoms was Toledo in 1085. Eventually, the Muslim presence was driven from the peninsula but not before it made its mark on society and the people.

How Widespread Is DNA from Iberia?

Thousands of years of trade throughout Europe emanating from the Iberian Peninsula has played a huge role in spreading Iberian DNA far and wide. Traders travelled extensively, settling thousands of miles from the peninsula and establishing their DNA in new regions.

It is not at all uncommon for people throughout Europe to possess Portuguese or Spanish DNA in their ethnicity tests. Around 20% of people in Western Europe likely have DNA from this region. Even as far away as Great Britain an estimated 15% of people may have some Spanish or Portuguese DNA.

The northern coastal regions of Africa also exhibit the considerable presence of DNA from the Iberian peninsula. Just as Muslims from Africa left African DNA in Spain, so too did the Spanish traders in Northern Africa.

Central and Southern America are major strongholds for DNA from the Iberian Peninsula region due to centuries of Spanish expansion. Beginning in the 15th Century soon after Columbus arrived in the Americas Spain and Portugal began colonizing Central and South America. 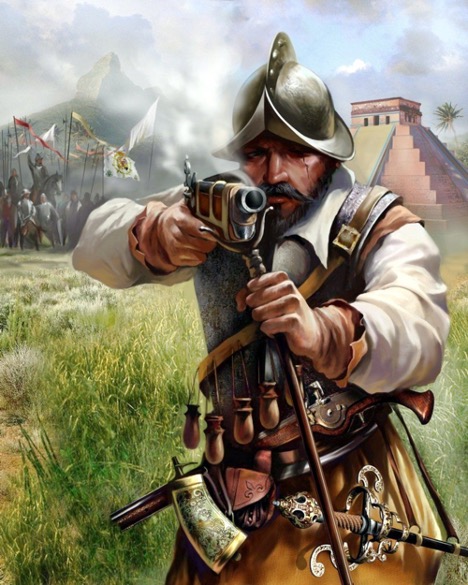 These two nations were among the most seafaring of the time so they banded together in their exploration and claiming of the land in the Americas. Gradually the Iberian Peninsula settlers took control not only of the land but of the indigenous peoples forcing many into slavery.

Those early explorers and conquerors from Spain and Portugal took Iberian DNA with them leaving a mark throughout the globe. Millions of people who likely do not even realize they have a connection to this region would likely find DNA in the ethnicity tests from Iberia.

Where Did My Iberian Region DNA Come From?

Some people may have a reasonable idea of where their Iberian region DNA comes from as they may be of Spanish or Portuguese descent. On occasion, however, people are surprised to see results that indicate a connection to Spain or Portugal. So how can we determine where that DNA came from?

Well, ultimately the DNA did originally come from somewhere in the Iberian peninsula but it may be so distant we cannot trace it using genealogical research. Instead, we may only be able to determine that an ancestor with Iberian DNA originated elsewhere.

So where might this DNA come from if we can't trace it directly to Spain?

Can You Trace Your Iberian DNA?

As with all ethnicity estimates, your ability to trace your ancestor from a specific region is dependent on how recent that ancestor is. If you have a high level of Spanish or Portuguese DNA then you likely have a recent ancestor with ties to the region.

If you find that your match indicates a specific subregion that is part of the Iberian Peninsula this can be a great help in locating those ancestors. Portugal for example has 25 subregions while Spain has 5 and the Basque region has 2.

A high indication of DNA from one of these subregions would indicate a recent ancestor who came from that area in the past few generations. In order to trace this, we would need to build our tree to try and determine who that person was.

If our DNA results show only a trace from these regions it will likely be much more difficult to locate that ancestor or ancestors. If we do not identify as having Spanish or Portuguese heritage then that ancestor must be quite distant from us.

The former Iberian Peninsula region is now considered several distinct regions due to improved accuracy in Ancestry’s testing systems. You will no longer be given Iberian as an ethnicity; it will now be Spain, Portugal or Basque.

The DNA from this region is very ancient and has been influenced by many other civilizations over the centuries. The Phoenicians from Lebanon were among the first, followed by the Greeks, Romans, Germanic tribes and Muslims from Africa.

Those from this region are diverse in their DNA and they come from a place with historically impressive trade routes, and deep connections to mining. This high productivity has led to DNA from Iberia being found throughout Europe.

The continent of Africa, as well as the Americas, are also strongholds for Iberian region DNA thanks to centuries of exploration and conquest from Spain and Portugal. A history of seafaring that began with the Phoenician settlers of southern Spain grew into a global expansion from the Iberian region.