What is the Sardinia DNA Region on Ancestry?

You know already that you are going to see various European regions in your AncestryDNA ethnicity test. With over 1500 European regions tested you may be in for interesting surprises. This is especially so for some of the millions of individuals who find they have DNA from the Sardinia Region.

Where is Sardinia, and what does it mean to have DNA from this region? If you know that you have ancestors from this region already you probably know something about Sardinia. However, if you were surprised by your results you are likely looking to find out more about this area of the world.

What Is the Sardinia DNA Region?

The Sardinia DNA region is one of the smallest individual regions on AncestryDNA covering only the island of Sardinia itself. One of the 20 regions of Italy, its official designation is the Autonomous Region of Sardinia.

It is the second-largest island in the Mediterranean just behind its fellow Italian region island Sicily which is located to the southeast. It is an island with a deep history on which Italian is the main language but several other native languages are spoken including

The island of Sardinia is a somewhat isolated community with a population of around 1.6 million people. This long history of isolation is the main reason that this relatively small region of just 9,300 square miles has its own distinct DNA region. 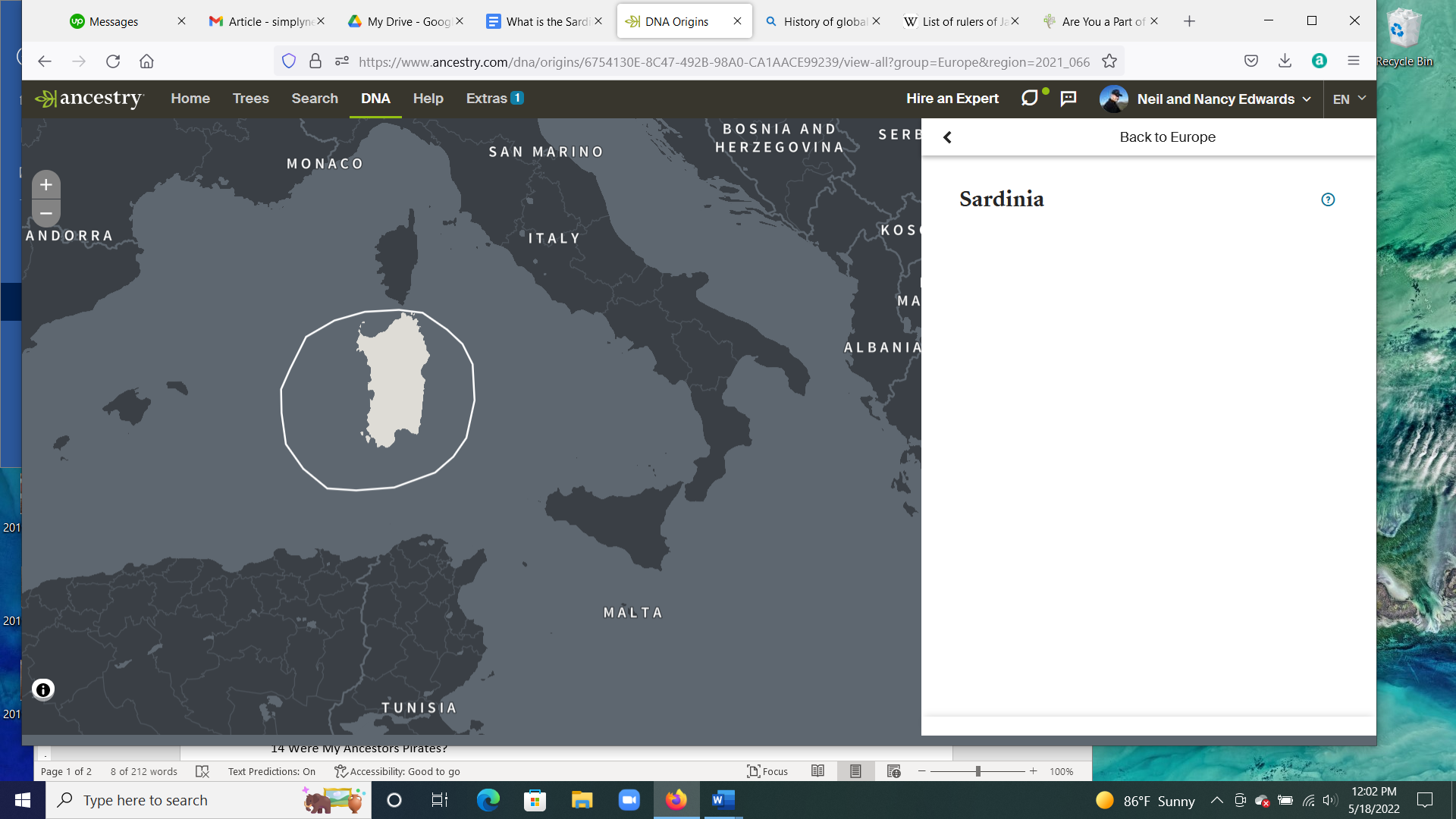 Mainland Italy lies to the east of Sardinia with Tunisia to the south, Spain to the west and the island of Corsica to the north.

Sardinia has been inhabited since the late palaeolithic era with the most notable indigenous population being the Nuragic people. This civilization flourished in Sardinia from the 18th century B.C. until finally disappearing from its last stronghold in Barbagia around the 6th century A.D.

For a brief time before the 6th century, the Island was ruled as an alliance between the Nuragic peoples and the Phoenicians, a seafaring peoples who originated in Lebanon. In the late 6th century BC parts of Sardinia were conquered by Carthage and later in 238 BC they were conquered by Rome.

After 700 years of Roman rule Sardinia next came under the control of the barbarian tribes including the Vandals and Byzantines. The separation between the Island itself and the territorial influences of these tribes however allowed the indigenous Sardinians to essentially rule themselves. 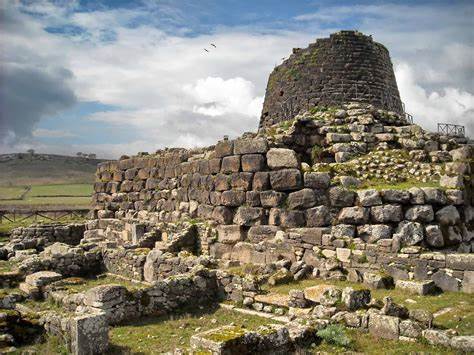 Eventually, after 650 AD the Byzantine influence started to wane prompting the Moors from Spain and the Berbers of North Africa to start making raiding missions to Sardinia. Around the 11th century, the Spanish Moors finally made an attempt to conquer the island.

As the centuries progressed Sardinia found itself coming under the control of several nations including Spain but eventually in the mid-1800s they began the process of becoming part of mainland Italy.

How Did You Get Sardinian Region DNA?

If you know that you have ancestors who were born in Sardinia then how you came by the DNA is very obvious. Those without known Sardinian ancestors should first try and determine if they have any Italian ancestry.

Those with Italian ancestry may have received their Sardinian region DNA from an ancestor who moved to the mainland from the island itself at some point in the past. Ancestry from Sicily, Corsica Spain and Tunisia also may be an origin of Sardinia region DNA.

We often underestimate how far our ancestors may have travelled centuries ago because we assume it was so much harder to do so. Sardinia of course through its Phoenician connections certainly had the capability of seafaring craft for many centuries.

It might be hard to trace our original Sardinian ancestors especially if they left the island generations ago to settle in surrounding regions. This may have been for reasons of trade or in search of a better life elsewhere.

How Far Did Sardinian DNA Spread?

The historical connections with Spain likely led to many Sardinians moving to Spain and Portugal. Their descendants may later have travelled to Central and South America taking with them their Sardinian ancestry.

How Can I Trace My Sardinia Region Ancestors?

With all things genealogy-related there are certain steps you need to take to start any journey toward tracing your ancestors from any region. Depending on how recent your Sardinian ancestors are to be found in your tree this can be easy or it can be very challenging.

The first step to take is to talk to your oldest family members, specifically those who likely associate with Italian or Sardinian ancestry. This is always the best source of information especially if they were born in another country or knew older family members who were.

Using your information from senior family members, start building your tree on a site like Ancestry and try to track down records for your earliest immigrant ancestors. Ship manifests or citizenship documents can help greatly in finding out where your ancestors may have come from.

Try and make full use of the AncestryDNA tools such as Thrulines and common ancestors. In order to do this, you need to ensure you attach your DNA results to your tree.

Sardinia is a genetically isolated region which is why it stands out in terms of its unique DNA. Those with DNA from this region likely have ancestors born in the island of Sardinia. Despite many centuries of switching political control from surrounding nations, the native peoples of Sardinia have thrived.