What Type of Cousins Are There?

Generally speaking in most families we understand who our close relatives are because they include grandparents, parents, aunts, uncles and siblings. They are the people who are there from our earliest memories and are the closest of our relatives.

We do often have other family members known as cousins who some people may know but others may not really understand. In this post, we will discuss what exactly cousins are, the different types of cousins and how they are related to us.

The term cousin, what exactly does that mean? Well if we go back to its origins in the Latin word consobrinus it becomes immediately clear. It is a combination of the terms com (with or together) and sobrinus (cousin on mother's side). The essential meaning then becomes “mother's sister's son.”

If we take a look at the concept of “mother's sister's son,” our mother's sister is our aunt and her son is our mother's nephew. Therefore the son of our aunt is our consobrinus, or our cousin. The term we use today of course is non-gender specific so it can equally refer to uncles and aunts and their children of whatever gender.

That may have been an overly complicated version of what a cousin is so let's try and make it a little simpler. Essentially, a cousin is someone who is not a direct ancestor of a descendant of ourselves but they share a common ancestor.

In the case of a first cousin, we share a set of grandparents. One of our parents is the sibling of one of their parents. This is the simplest of cousin relationships but there are many other types of cousins that we may have.

Cousins of the Same Generation

In genealogy we put a lot of focus on generational gaps and this is something that gets reflected in terms of cousin relationships. When we use the term same generation we are essentially saying that we are the same number of generations separated from a common ancestor.

We consider the common ancestor to be the first generation from which we mutually descend. So in terms of our first cousins, we are separated from our shared ancestors and our grandparents by only one generation.

As we move further away from a shared ancestor the number attached to the cousin term increases but as long as we are both the same number of generations separated we are just cousins to that same level. If this seems confusing hopefully the table below will help clarify this a little.

The further back we go in terms of generations the higher the number attached to the cousin relationship grows. In everyday genealogy, we usually don’t get back further than 9th cousins although cousins reach back almost infinitely further than that.

We only really stop because we can’t trace our family tree back far enough to make those connections reliably. It is certain, however, that we have 20th, 30th, and well beyond that in terms of same generation cousins.

You may have heard the term once removed when talking about cousins but what exactly does that mean? How does this make the cousin relationship different? Well, it is actually not too complicated so just bear with me while I explain as simply as possible.

We know that our first cousin is a grandchild of our grandparents through one of our aunts or uncles. When our first cousin has a child there needs to be a name for this relationship to us. They are not first cousins nor can they be second cousins because as we have discussed they are not in the same generation.

This is where the term removed comes into the conversation and it refers to the fact that our first cousin's child is one generation further removed from the ancestor they share with you. They are the great-grandchild of your grandparents.

I’m not done yet though so bear with me a little longer because this does go both ways in the family tree. If one of your parents has a first cousin with whom you share a common ancestor as well they would also be your first cousin once removed.

So to distil this down a little, the term “removed” refers to cousins who share a common ancestor but are not in the same generation. The more generations of separation there are between you and this cousin the higher the number will be that is attached to the removed term.

In terms of cousins who are in the same generation which as you will recall means you are the same number of generations separated from your shared ancestors, it is an easy calculation.

Once you determine what level of grandparents you share you simply need only add one to the number of greats attached to those ancestors. So our grandparents do not have a great one so you just add one equaling first cousins.

The calculation for cousins who are not in the same generation is a little more tricky but still pretty simple if you know how. You first need to determine which cousin is the closest generationally to your common ancestors. Once you do that then you use the add one rule to the level of great to determine the cousin level.

This is where it becomes a little different because next, you need to determine how many generations your cousin is further separated from your common ancestor than you are. If it is just one then you add once removed to the already established cousin level.

As an example, let's say you are two generations closer to your mutual shared ancestor with your cousin. The shared ancestors are your great-great-great grandparents. As you are closest we add one to the number of greats to get the fourth cousin as the correct number level. Your cousin is two generations further away so they are twice removed from the mutual ancestor. They are therefore your fourth cousin twice removed.

How Many Cousins Do We Have?

As with many things in life the answer is different for everybody. Some will have more cousins than others but in the grand scheme of things ultimately we have a massive number of cousins out there in the world. 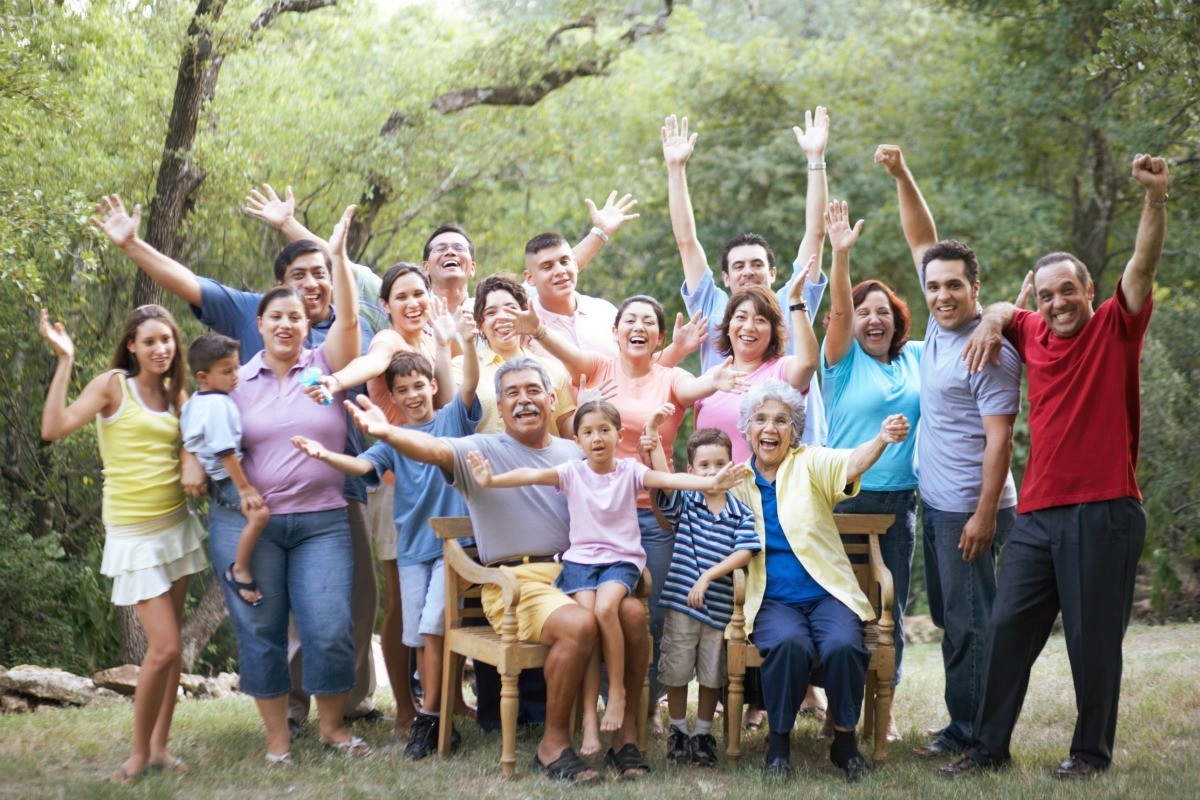 We may only have a few first cousins but as we reach higher levels of cousins that number can grow exponentially. Each uncle and aunt we have has the potential to produce a first cousin. Our great aunts and uncles, the siblings of our grandparents, potentially produce our second cousins. This goes on and on back generations.

Once we reach sixth cousins we reach a level whereby statistically speaking we could have close to 200,000 total cousins of varying levels. Theoretically, the number of ancestors we have in each generation should double exponentially. In truth, we would eventually reach a point whereby the number of ancestors we have in a certain generation would be larger than the entire global population today let alone at the time they were actually alive.

Essentially then we are likely surrounded day to day by distant cousins who we simply cannot place in our trees but we are still related to if only we could prove it.

Do We Share DNA With All of Our Cousins?

If we share a notable amount of DNA with an individual then we are likely related to them. However, we do not have to share DNA with someone to be related by blood. This is something to bear in mind as I answer the question about our cousins.

Our close cousins between first to third all tend to share some amount of DNA. Once we reach the fourth cousin level we start to see a drop off in how many of those cousins we actually share DNA with.

As you can see from the table the further you get away from your common ancestors the less likely it is that you will share any DNA at all. You likely will only share DNA with less than 1% of your eight cousins. This would be out of potentially hundreds of thousands if not millions of potential eight cousins.

The reason for this rapid drop off is that the DNA we inherit from a distant ancestor may not be the same as the DNA our more distant cousins inherit. In fact sometimes if the ancestor is distant enough we might inherit any DNA from them at all.

It is entirely possible that we look like our cousins, I know for example two cousins whose mothers were twins. Their fathers were not related but these cousins looked more like brothers than most actual brothers do.

Close cousins can definitely share physical traits and may even look alike in many ways. Even distant cousins may have some genetic quirk that got passed down to them. DNA can be a very random thing and can lead to some interesting results.

There are a few other terms you may hear connected to these relationships so here is a brief explanation of some.

I once worked on a project researching notable British families from the 1800s and came across double first cousins very often. This is basically when siblings from one family marry siblings from another family.

They are genetically closer in terms of DNA and often might register closer to half-siblings than cousins due to this.

Full cousins share a set of common ancestors meaning for example a grandfather and grandmother. However, if their mutual parents are only half-siblings meaning they only share one common parent then you would only be a half-cousin.

So if your father has a different mother than his sibling, the parent of your first cousin would be half-siblings and the relationship with your cousins would only be half as well.

We have so many cousins out in the world. In fact, if we could trace it all the way back we would find out that we are all cousins ultimately. A cousin is someone we share a common ancestor with that could be 200 years ago or thousands of years ago.

Some people's cousins are as close as siblings while others might not even know there’s at all. Even if we don’t know them personally, they are still related to us and make us part of one great big global family.