What Were Enemy Alien Registration Affidavits?

There are many different types of genealogical records, some very obvious while others may be more of a mystery. One type that falls into a more mysterious category is enemy alien registration affidavits. What are these ominous sounding records and how are they of use to us?

The records produced during times of war can be very telling regarding your family history as well as the lives they led during that era. This is certainly the case with enemy alien registration affidavits.

In 1917, three years after the start of the First World War, as a result of growing tensions between Germany and the United States, the U.S. officially declared war. With the threat of an alliance between Germany and America’s neighbor to the south, Mexico, the U.S. could no longer remain neutral. 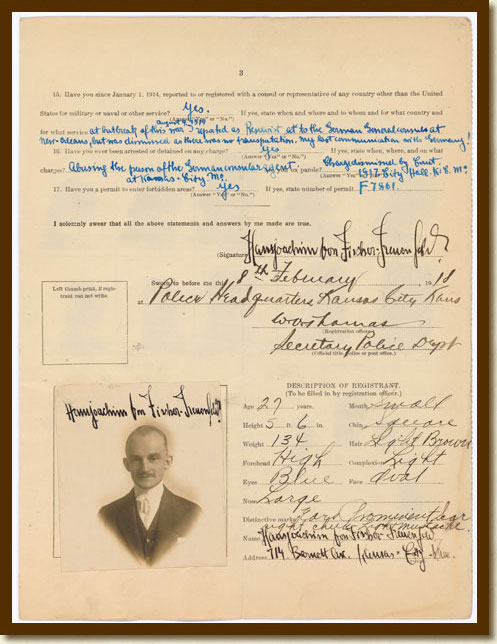 Such was the political tension at the time, German male citizens over the age of 14 living in the United States who had not yet become naturalized had to file enemy alien registration affidavits. This was also required of the American wives of German immigrants living in the U.S.

This means that anyone with German ancestors who arrived in the United States in the late 1800s through early 1900s who had not become citizens by 1917 will likely find these family members registered as enemy aliens. Also their American born female ancestors married to a non citizen from Germany may also have been made to register as well.

Why Did the United States Do This?

In times of war political tensions always run very high and this was most definitely the case during World War I. There were concerns that German citizens living within the United States still had strong ties to their home country. This raised concerns of possible espionage activities.

The U.S. was not being entirely paranoid in this thinking as there were recorded instances of German agents taking part in subversive activities. There were many events that occurred in New York city which was home to a large population of German immigrants.

It should be noted that for the most part these subversive Germans were very much in the minority. The vast majority of German citizens living in the U.S. at the time had come seeking a better life and merely wanted to live in peace.

Were Your Ancestors Spies?

As mentioned, those who were required to file an enemy alien registration affidavit did so because they were German citizens or their American spouses who had not become naturalized in the U.S. This means that they were required to do so even if there was no actual suspicion of espionage. 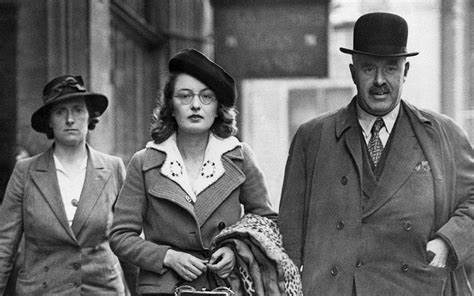 It was a process that sought mainly to keep tabs on German citizens living within the United States. Later in the war this registration also extended to Austro-Hungarians as well. It was required that those who registered keep the government notified of any change of address and that they carry their registration cards at all times. This continues to be enforced until December 25th 1918.

How Many Enemy Aliens Registered?

The enemy alien registration affidavit process saw at least 480,000 individuals registered. Additionally some 200,000 permits were issued that set limitations on the activities of some of these German citizens.

As mentioned, many of those registered were merely normal people trying to get on with their lives in a new country. There were however around 6,300 suspected enemy aliens who were arrested and kept in prison camps.

Most of those arrested were released by 1919 although a few did remain incarcerated until 1920.

What Information Would We Find on These Registrations?

As previously referenced, the tension between the two countries at the time was such that suspicion ran rampant. This meant that the enemy alien registration affidavit was very detailed in the information it collected. General information such as age and place of birth was to be expected but there were also questions regarding physical appearance and their immigration process.

Photographs may also be attached to some of the records as well as the registrant's fingerprints.

How Long Were These Registrations Required?

Officially the enemy alien registration affidavits were only required for the year between 1917-1918. There are however some records that covered several years beyond that up to 1921 in some cases. Initially it was only German males over the age of 14 although that quickly expanded.

In 1918 registration expanded to German females, the spouses of German males and citizens of the Austro-Hungarian Empire. This would include the area we now know as Poland.

Where Can You Find These Records?

This extensive registration system should have left behind a large archive of information but sadly not all of the records have survived for various reasons. Those records still available are also not 100% complete and may be in the hands of various organizations.

The National Archives for example has a collection of these records while some regional areas such as San Francisco have made their collections available at the city's history center. 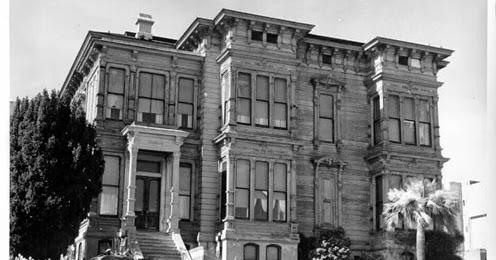 A good source to track down places that may have parts of these collections is FamilySearch. Their extensive genealogy database offers links to sources around the country.

How Are These Records Helpful Today?

If you are fortunate enough to come across one of the records for an ancestor you might learn some interesting new facts about them. The very in depth details requested for this registration went above most immigration documents of the time.

Any name changes your ancestor may have made upon arriving in the U.S. would likely be recorded as would their place of birth. Detailed information regarding their arrival into the U.S. and their current immigration status.

War breeds distrust especially if citizens of your enemy are living among your population. The vast majority of the German citizens living and working in the U.S. during the first world war were working to become U.S. citizens.

Enemy Alien Registration Affidavits may have been an overreaction but at the time there were real concerns about espionage in the U.S. It leaves behind a somewhat fragmented record of some peoples German ancestors who lived through a time where they may have been mistrusted by their own neighbors and the country they chose as their new home.