Save 20+ hours of searching for income and demographic data for the zip code 01339.

Below is the current income and demographic census statistics for 01339, covering Buckland, Charlemont, Hawley, and Heath with a total population of 1,371 people. 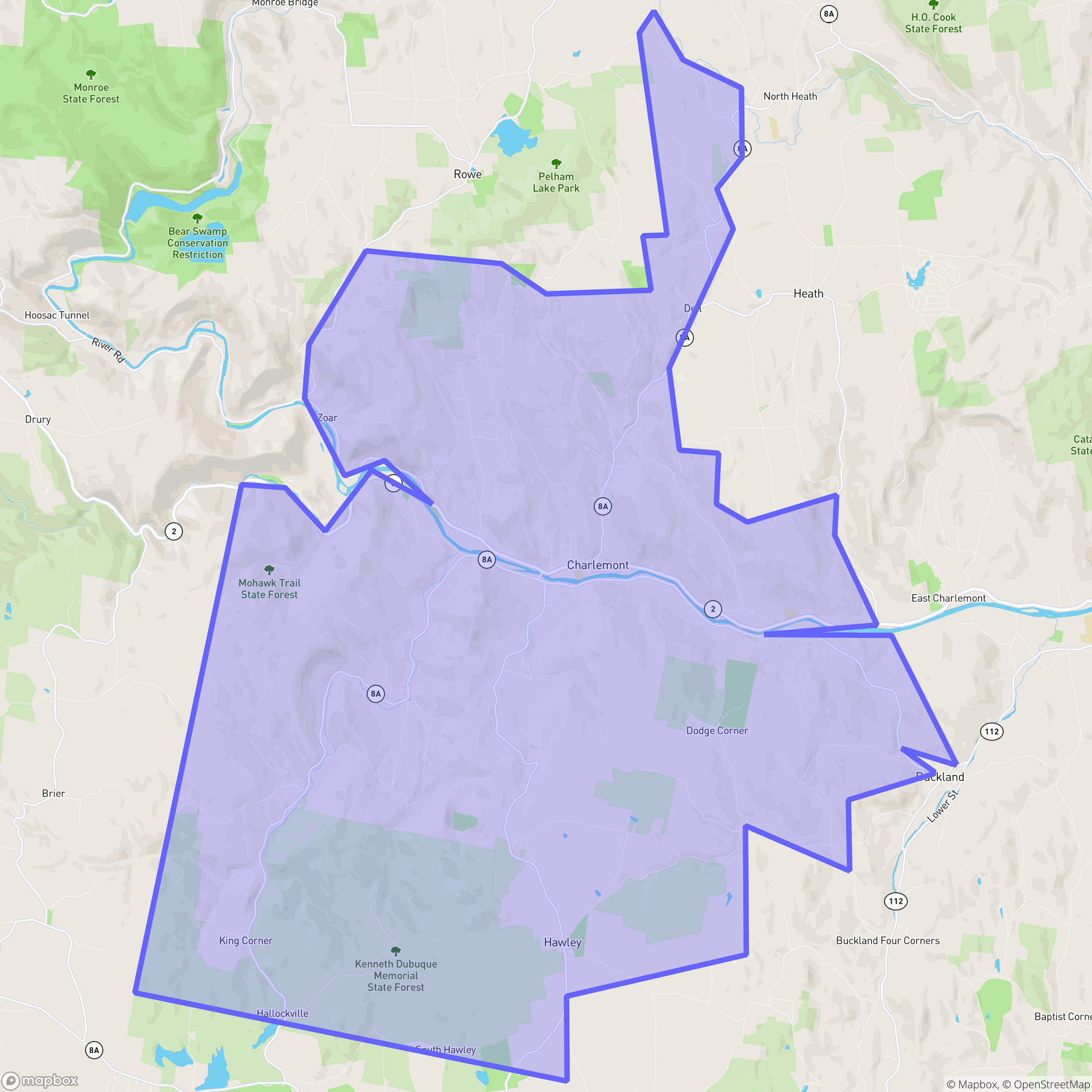 Income and Demographics Data for 01339

In this article we'll explore the latest income and demographic statistics from the 2019 5-Year American Community Survey. 01339 is a Massachusetts zip code which covers Buckland, Charlemont, Hawley, and Heath.

Both metrics are important when looking at the income statistics for 01339 but because the median value doesn't depend on other numbers in the dataset, it doesn't change as much when some of the values are extremely low or extremely high.

The table below shows the median and mean household income for 01339 as well as median income by householder age and per capita income.

Another important metric when looking at the income and demographics of an area like 01339 is the household income tiers. This lets you see how many households fall into each of the earnings brackets and what percentage that bracket is of the total number of households.

In the table below, we've put together the latest household earnings income tiers for 01339. The actual results are more granular than this, but we've simplified the brackets to make it easier to view. The raw data which can be purchased above or below will include all of the income tiers.

The table below breaks down the number of people and percentage for each race and ethnicity in the 01339 zip code area.

Another very important demographic statistic for 01339 is the age and gender of the population. This is yet another data point which can be used in research of the area to identify the people that are important to you and your business needs.

All Demographic Statistics for 01339

The list below contains demographics and income statistics for zip codes in areas that surround 01339.

Instant Access to All Massachusetts Income and Demographic Data by Zip

If you need full income and demographics data for Massachusetts, you can instantly download and access that data below for all Massachusetts zip codes with over 350 different data points to work with.