Can Females Trace Their Paternal Line?

If you are starting to research DNA, you might need to know if a woman can trace her father's DNA without a Y chromosome. In this article, we cover whether if it's possible, what type of DNA females inherit from their father, and how to trace a paternal lineage.

If you know basic gender-based DNA terms you probably know that men have both a Y and an X chromosome whereas women have two X chromosomes. The reason this is important is that Y chromosomes are important for tracing paternal lineage and obviously women do not inherit this from their fathers.

So what does that mean for daughters seeking genealogical answers in terms of being able to trace their fathers' lines through DNA? Well obviously it is somewhat of an obstacle but how bad is it and are there ways around this issue?

Can a Woman Trace Her Father's DNA?

The very simple answer to this question is yes, a female can trace her father's DNA. She does after all get half of her own DNA from her father. There are several ways in which a daughter can trace her paternal line using DNA. These include autosomal DNA tests and surprisingly YDNA testing. We will discuss this in greater detail later in this post.

The term haplogroup is going to become important later in this post so let's quickly touch on what that means. The International Society of Genetic Genealogy suggests a haplogroup is a genetic population group that traces back to a common ancestor.

How a Woman Can Trace Her Maternal Line

It may be important to start with how women can trace their maternal lines. This is done using a mitochondrial DNA test. It is a test of the DNA that passes from mother to child of either gender. The important factor is that mitochondrial DNA can only be passed on by females. This means that while a male has mitochondrial DNA from his mother he cannot pass that on to his children.

So it is through mitochondrial DNA that women can trace their direct maternal line as this DNA has been passed from mother to daughter for generations. This DNA largely is inherited 100% between a woman and her child but occasionally mutations occur that change it slightly. 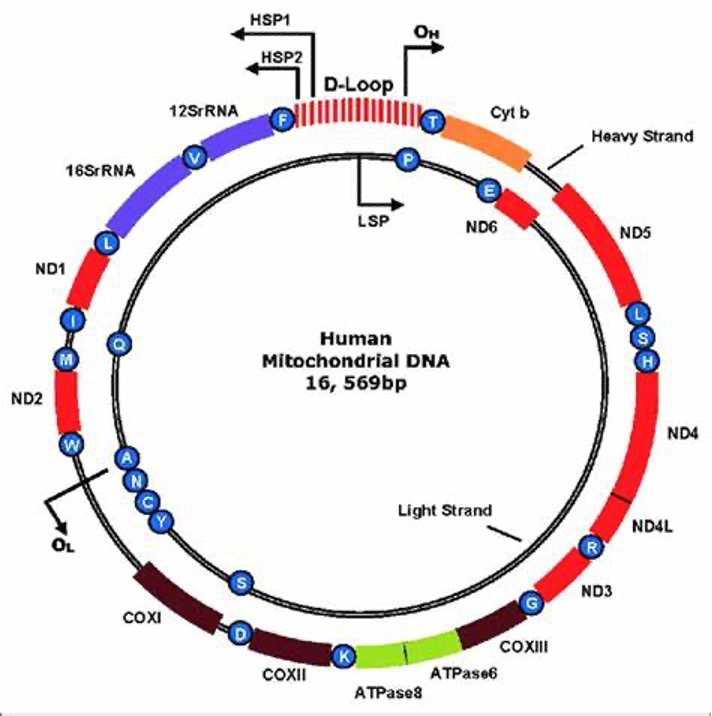 Over tens of thousands of years, these mutations have added up to be very noticeable with our genes and as a result beneficial for tracking the path of our mitochondrial DNA.

Deep at the distant root of our mitochondrial DNA, there was a female in Africa who scientists refer to as Mitochondrial Eve. It is thought all people today are descended from this female. As we spread around the globe as a species the countless mutations over so many generations started to become indicative of various regions around the world.

This is why mitochondrial DNA can trace our maternal female line back to specific regions of the planet and is used in ethnicity estimate tests for that very reason. As mentioned this test can be used on both male and female children in order to trace the maternal line.

What DNA Does a Woman Get from Her Parents?

In the most basic terms daughters, just like sons, receive half of their DNA from both their parents. The exact types are listed below.

The majority of our DNA comprises what is known as autosomal DNA. This is a non-gender specific type of DNA which means that we receive an equal share of these genes from both of our parents. Of the 23 pairs of chromosomes that we possess one pair is dedicated to the sex chromosomes X & Y while the other 22 are autosomal. 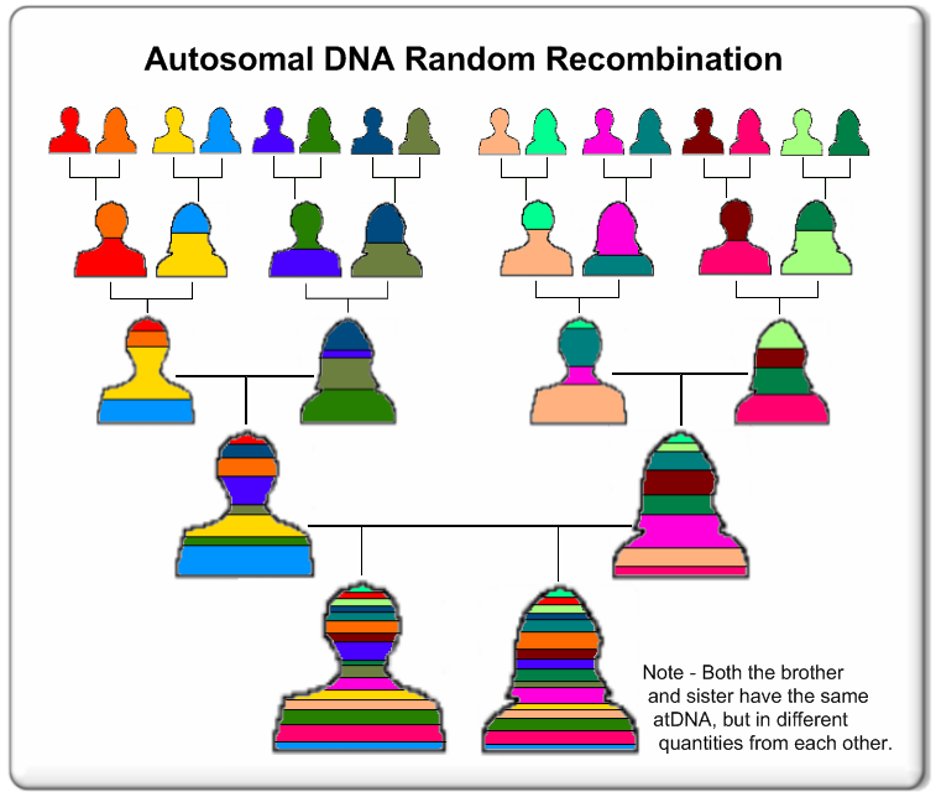 Testing companies analyze your autosomal DNA for information relating to ethnicity and also to find familial matches around the globe. As we get autosomal DNA from both parents this means that the matches should come from both sides of our family.

Out of context you cannot just look at a match on AncestryDNA or 23andMe and determine if they are related to you via your father or mother. We do need to determine some of them using good old fashioned genealogy.

Once you have determined some of the cousin DNA matches come from your father's side you might be able to use their family trees to help you search for some of your own ancestors. They should share a common ancestor with you and your father at some point in the tree.

As already mentioned women do not have a Y chromosome they instead received their father's X chromosome along with their mother's X Chromosome. Sadly, although X chromosomes do pass from father to daughter largely unchanged they are more prone to mutation and are less reliable for distant family connections.

The Y Chromosome, however, like mitochondrial DNA is passed from father to son largely unchanged but with only occasional (every few generations) mutations. This means that YDNA can trace back to specific haplogroups which can be used to determine regions our distant ancestors may have lived. 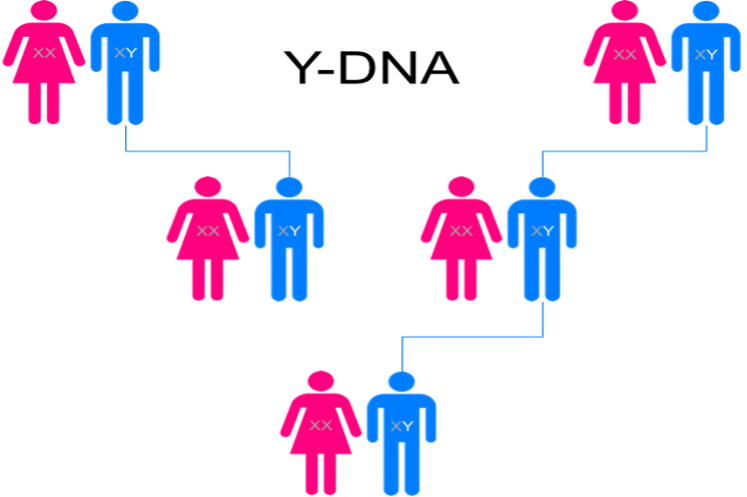 This type of DNA can also allow us to determine descendants from common ancestors over 10 generations back in our tree. Obviously, this is great to help track a paternal family line but daughters do not receive this DNA from their fathers so how can they use this information?

Well just because women can’t get results from a YDNA test does not mean they can't use the results of others to help their own research. The simple answer is to get a close male relative who is connected to that side of the family to take the test.

As long as the tester is directly descended through an unbroken male line to your paternal distant ancestor you can find out the YDNA haplogroup. Your father, his brothers, his sons and any male cousins who are part of the same direct line can all test.

Even though your own DNA does not get you the answers it does not mean that helpful family members can’t help fill in the blanks. It is through family that you can find a path along the paternal line and thus bypass the lack of a pesky Y chromosome.

The third workaround to be able to trace your paternal line is to simply conduct genealogical research. It should be acknowledged at this point that following the paper trail does not always lead to accurate results.

Documentation is the life blood of genealogy but we have to admit that there is always the potential for inaccuracy. This is especially true of the paternal line. We may be able to trace document records for our family far more easily through male than we can female lines but there is a cost.

We have to assume that the records are correct and that at no point in our family going back many generations was a father misattributed. What does misattributed mean? Well to put it delicately it means that the man listed as the father of an individual may not be the actual biological father.

With a maternal line, it can be hard to trace the paper record but there is generally no question as to who a mother was because they would have given birth to the child. There are of course several sets of circumstances whereby the father may not actually be the real father.

Admittedly then the old fashioned way of tracing our paternal line as a female and lacking the strength of DNA has the potential for error. It is still however a more than valid option. Trace the family tree as best you can and for want of DNA confirmation, we must trust in the fidelity of our ancestors.

There is absolutely nothing stopping a daughter from tracing her paternal family line as long as she knows what to do. It doesn’t matter that daughters do not get the Y chromosome from their fathers and that the X chromosome is not suitable for distant familial matches. She still has 22 other sets of chromosomes to check.

With the help of a close male family member, even the Y chromosome issue can be circumvented and failing all that there is always the paper trail to be followed. It may be trickier in some ways for daughters to trace their father's line but there are ways to make it work.