How Do You Find Out if You Have Native American Ancestry?

There are many people out there who have been led to believe by family lore that they have Native American ancestry. Alternatively, there are people who have found a percentage of Native American DNA in the ethnicity estimates through AncestryDNA or another testing site.

Whichever way you have come to believe you have Native ancestry you are likely hoping you will be able to find out where that comes from. In this post we are going to take a look at Native American Ancestry, where it comes from and how you might be able to trace it.

It was around 14,000 years ago that the people we know today as Native Americans likely first arrived on the North American continent. Around this time the last ice age had locked up vast amounts of the planet's water in glaciers.

With the oceans in a state of deep freeze this exposed the sea floor below the region that we know today as the Bering Strait. This created a land bridge from Russia all the way over to the North American continent.

Small groups of nomadic people started to migrate from what is now known as Siberia across this land bridge spreading down through the North American continent. As the centuries passed they moved further south, also colonizing the South American continent as well. 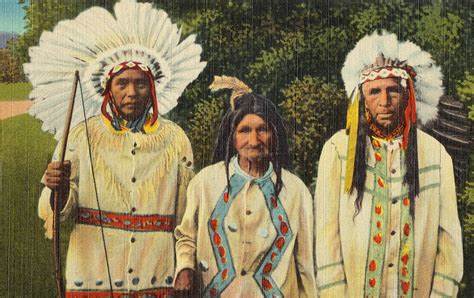 Ancient remains found in modern day Siberia share a remarkable DNA connection to modern day Native Americans but do not match up with living Siberians today. This serves as proof that these ancient Siberian tribes abandoned this inhospitable region which due to the ice age would have been even harsher than it is today.

Those ancient Siberians who spread throughout the Americas thrived for thousands of years living their nomadic lifestyles and even developing some of the most famous civilizations in history. This would all start to come to an end after the arrival of Christopher Columbus and the subsequent European colonization of the Americas.

The lifestyle of modern Native Americans has changed greatly over the past few centuries although some hold on strongly to their traditions and beliefs. Over the centuries of European colonization there has been a great deal of intermarriage between Native Americans, Europeans and Africans.

This has led to millions of individuals living in the Americas with some level of Native American ancestry.

What Does DNA Say?

As mentioned, some people may know about their possible Native ancestry through having taken a DNA test which indicates they have a recent Native American ancestor. Others may have just been told that their great-great-great grandparents were full Native Americans.

Family stories can sometimes have a ring of truth but occasionally may be the fanciful stories of an uncle who likes to tell tall tales. A surefire way to possibly confirm Native American ancestry is to take an ethnicity DNA test.

If you do choose this route it is important to know a few things when it comes to DNA. We inherit our DNA in a somewhat random way through a process called recombination. We receive half of our DNA from each of our parents but it is recombined or essentially mixed together. It’s essentially like splitting two decks of cards in half and then shuffling half from one deck and half from the other together to make a completely mixed deck. 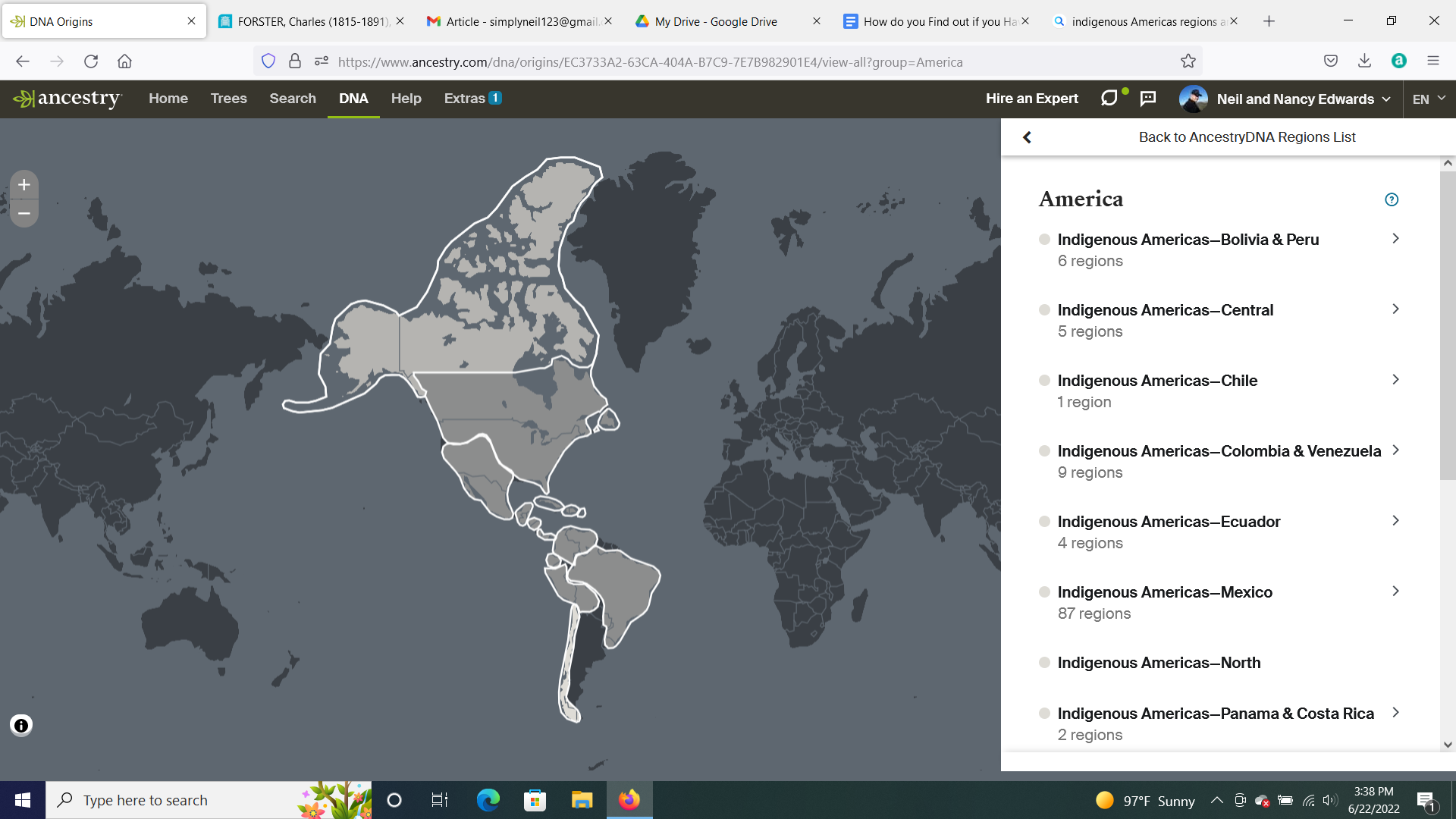 This DNA recombination happens generation after generation and due to the very random nature of it we do not inherit a perfect split of DNA from all of our ancestors. With our parents it's almost exactly 50/50. However, from our grandparents instead of 25 from each it can vary. We might get 18% from our father's dad and 32% from his mother.

The reason this is important is because this random nature of recombination can actually mean that we do not inherit DNA from some of our ancestors. In fact we could have a Native American great-great-great grandfather but possess no Native American DNA whatsoever.

It is important to understand then that an absence of Native American DNA does not immediately mean that you do not have a Native ancestor. There may still be a way to prove you have Native American ancestry, it just may require more work.

The obvious place to start when it comes to potentially tracing a Native American ancestor is to start building your family tree. Family stories about Native ancestry likely come from a particular side so this is the one to focus on in our search.

Gather as much information as you can about this potential ancestor from the oldest members of your family. They may know that this ancestor was supposedly of a certain tribe or lived in a particular region. Dig into the family legends regarding this for even the smallest of clues.

Slowly and methodically build out your tree looking for any clues or hints that might indicate a Native ancestor. Search local Native American resources for any regions that your ancestor may have come from.

Records can be found in tribal archives, government censuses, catholic church records of missionaries and local historical societies. Also note that records may not be in just one place. After the Indian Removal Act of 1830 thousands of Native Americans were moved from their tribal lands to regions west of the Mississippi.

Along the way they encountered white settlers and on occasion their was intermarriage which may recorded. It is therefore a good idea to understand the path taken by these Native Americans after they were removed from their ancestral lands.

It is no easy feat to trace Native American ancestry especially because of the upheaval and strife inflicted on them over the past few centuries. Records can be hard to find but if you are persistent and do your research you may get lucky and discover that illusive Native ancestor.

There are many people who claim Native ancestry but it can sometimes be hard to prove this unless you already know who those ancestors were. The Navajo for instance did not record the names of their tribal members who took the “Long Walk” to the west of the Mississippi.

Records may be kept at a tribal level and you may need to get permission to view these. It is not an easy prospect researching an unknown Native ancestor but with all things genealogy we know we have to work hard to get it.