In this post we will be looking at Iowa state death records and indexes to try and help you find those elusive ancestors. So if you are confident that your ancestor likely died in the state of Iowa then read on and hopefully we can help you out.

Admitted as the 29th state of the union, Iowa's statehood was ratified on December 28th 1846. Quintessentially a Midwestern state it sits between the dense forests of the east and the vast grasslands to the west. 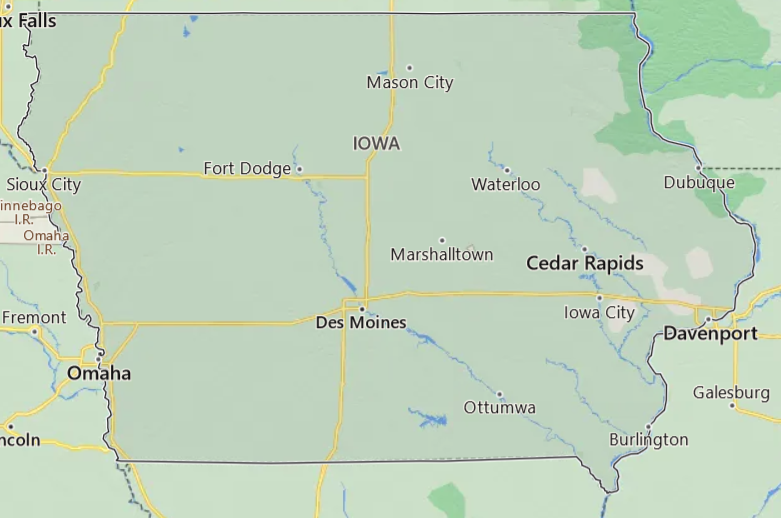 The state's name is derived from the Iowa Native American peoples who once lived in the area. It holds the distinction of being considered the kick off point for all presidential primary processes since 1972. It is generally thought that as Iowa goes, so goes the rest of the country.

Those researching the deaths of ancestors in Iowa will likely find that most people who have died between 1936 and 2014 can be found on the Social Security Death Index. This does however only hold true if the person had a Social Security number when they died.

This is a collection of two subseries of death records that have been gathered from the State Historical Society of Iowa and have been displayed on Ancestry.com. Its presence on Ancestry means that you will require a membership to view and use this collection. 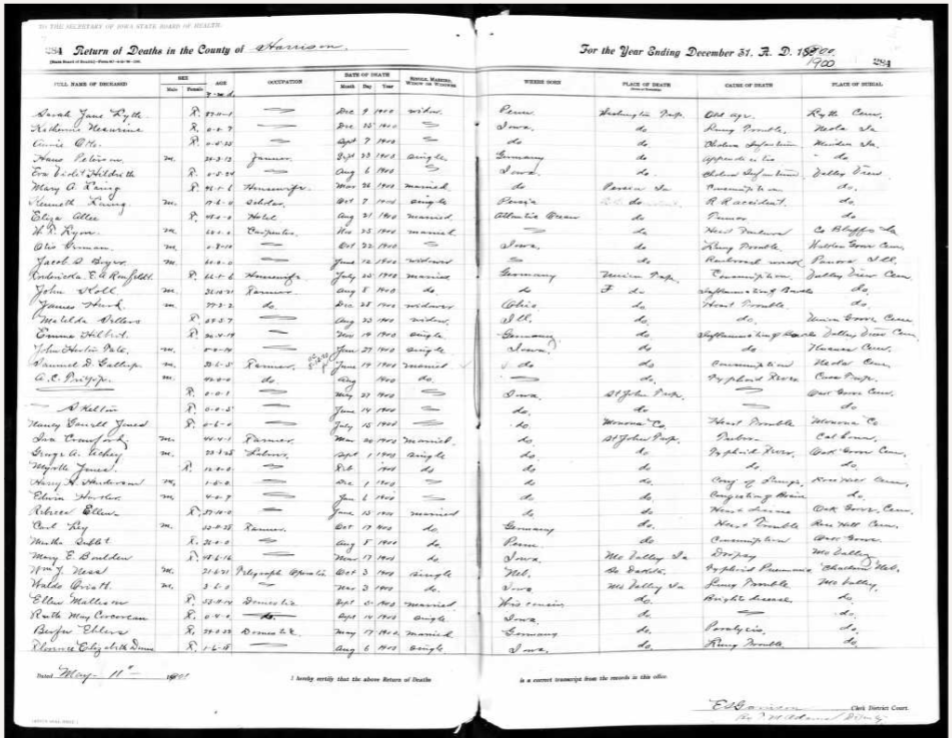 The first subseries is 1880 – 1904 and encapsulates records recorded during this time period. These deaths were reported at the county level and recorded in registers by that county’s clerk. When it comes to discoverable data you can find out the name of the deceased, place of death, date of death, gender, age and cause of death.

This collection comes from the Utah based Familysearch.org website which is free to use as long as you have a registered account with them. It is a collection of death certificates for events reported between 1904 – 1942. 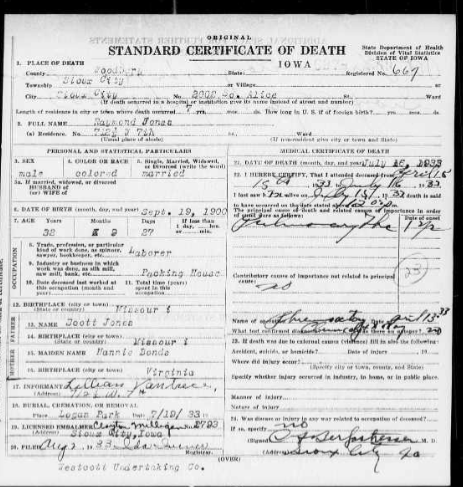 In some ways it is better than the Ancestry collection above as it has a longer span of years covered by the death certificates. However it does not have any pre-1904 death records in this particular index.

This index covers all but one of the state's 99 counties and lists death records from 1880 until 1942. Also available through Familysearch.org it is free to use. It combines images of death certificates, indexes and registers.

Iowa has a long list of counties in fact there are 99 of them in total. Not all of them have area specific death indexes available online but there are several that do.

Iowa has a great collection of death records and indexes both at the state and county levels. Official death certificates have been mandated since 1904 in the state which is early compared to others. As such finding an ancestor's death record within the 1900s is relatively easy in Iowa.