The Netflix original show The Crown is a mostly biographical view of the royal family of Great Britain with some artistic license thrown in for good measure. It has a somewhat giddying cast of characters all of whom are based on real life individuals.

When it comes to royal family trees it can at times be confusing so in this post not only will we take a look at the principal family, the Windsors, but we will also look at some of the families that became part of the already extensive royal family.

More About The Crown

Originally released on November 4th 2016, as of June 2022 there have been 4 seasons of The Crown. Season 5 is due for release in November 2022. The events covered in season 1 of The Crown begin with the marriage of then Princess Elizabeth to Prince Phillip of Greece in 1947. They follow the family then through to 1955.

The show has received both praise and criticism for its portrayal of mostly historical events as it touches on some rather painful moments in the family's lives. There have been notable inaccuracies in the show's content but we all must remember the show is for entertainment purposes.

The Windsors of The Crown

An interesting point about the royal family of the United Kingdom is that officially they do not have a surname. We know them as the Windsors but essentially they are "of" Windsor rather than being actually named, for example, Prince Charles Windsor.

Rather, they are the House of Windsor, a name taken from the royal home Windsor Castle. It was during WWI that the then House of Saxe-Coburg and Gotha decided to rename itself. The present Queen's grandfather George V renounced all of the family's German titles and connections in 1917 in protest over the war with Germany.

This is important to note as we look deeper into The Crown's family trees. Despite this name change taking place before the events in the show it still has a bearing on the families in it.

In 1947 Elizabeth married Prince Phillip of Greece who would later be styled the Duke of Edinburgh. Together they had four children: Charles Prince of Wales, Anne Princess Royal, Andrew Duke of York and Edward Earl of Wessex. This is the core family group of the show and most of the stories surround them and their lives. 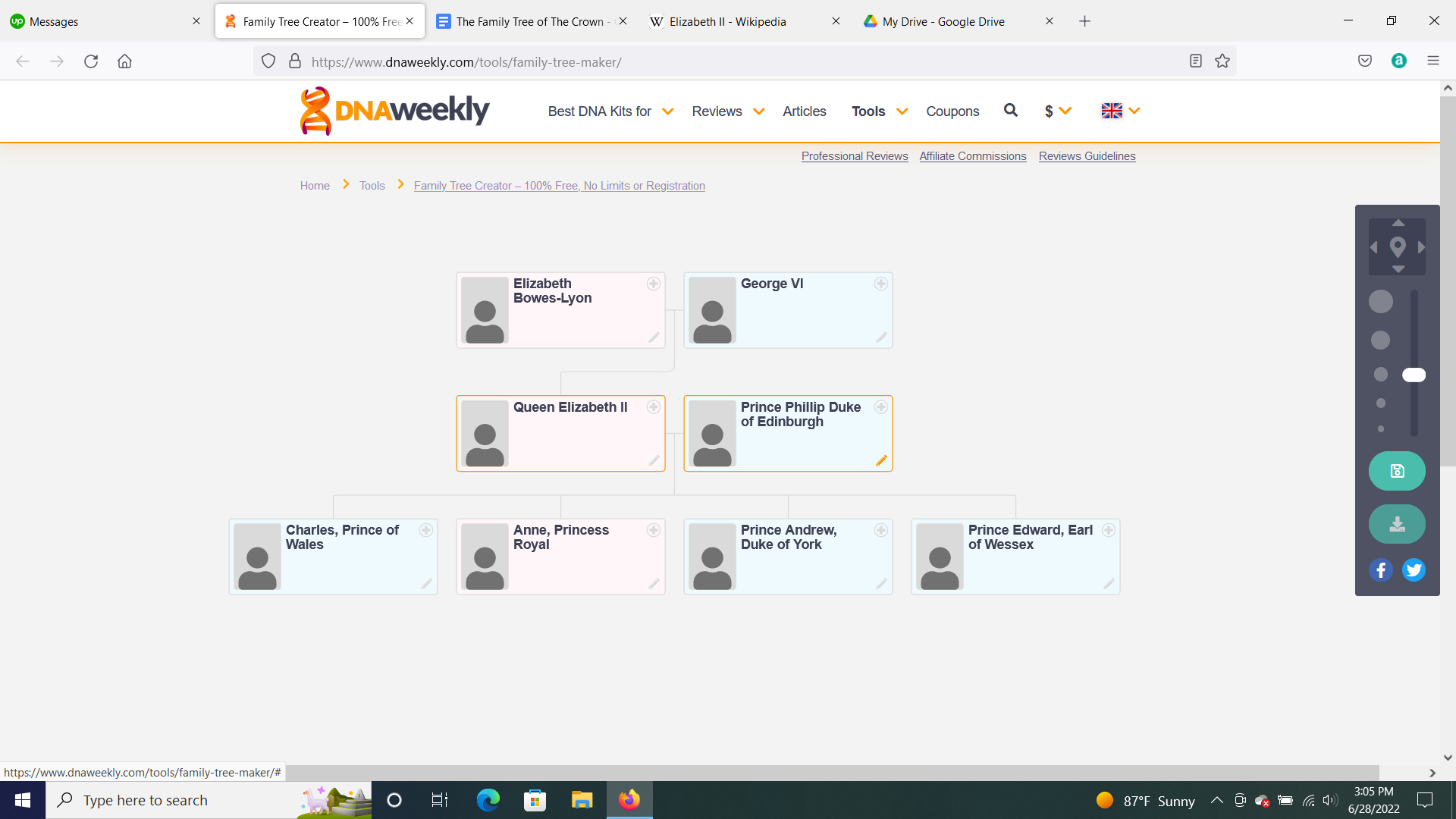 The Queen's father was born Prince Albert, Frederick Arthur George of York on December 14th 1895. He was born into the House of Saxe-Coburg and Gotha, the royal house name passed down to him by his great grandfather Prince Albert the husband of the famous Queen Victoria.

George's parents were Prince George Frederick Ernest Albert of Wales, who would be the future King George V, and Princess Victoria Mary Augusta Louise Olga Pauline Claudine Agnes of Teck. Through his parents he also had 5 siblings including his older brother Edward who famously abdicated the throne in 1910 to marry an American two time divorcee named Bessie Wallis Simpson.

Although the scandal of Edward VIII's abdication predates the events of The Crown, its reverberations are still felt in the show. It is portrayed that the Queen shut out her uncle although this is not entirely accurate. The queen's other aunts and uncles do not feature in the show itself nor does her grandfather although her grandmother Mary of Teck is featured. 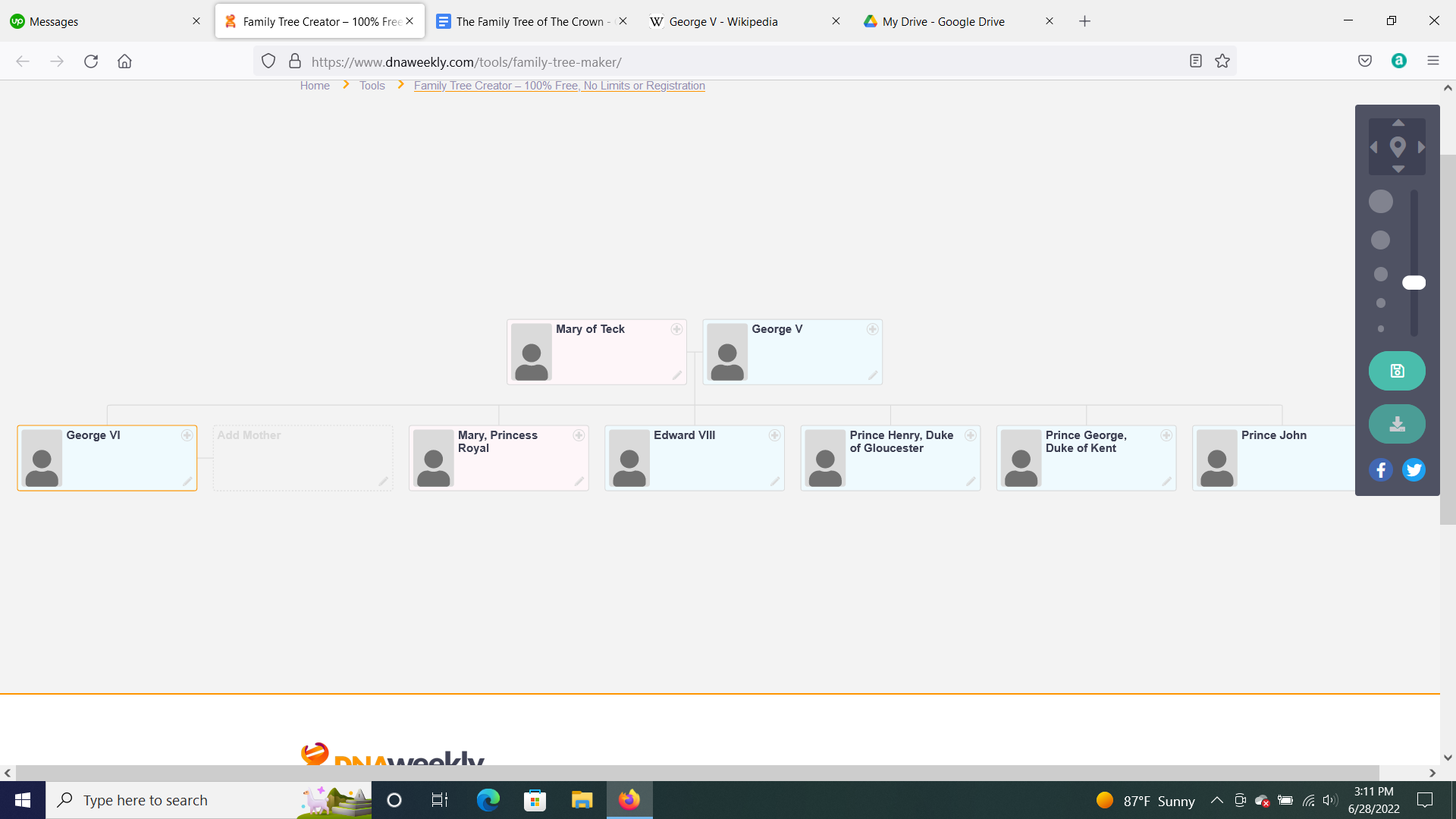 Elizabeth Angela Marguerite Bowes-Lyon (better known as the Queen Mother) was born on August 4th 1900 in London England to Claude Bowes-Lyon 14th Earl of Strathmore and Kinghorne and Cecilia Cavendish-Bentinck. She married George VI in 1923.

A ridiculous theory circulated for a while that she was actually a child of surrogacy and that her real mother was a French cook in the royal household. Very tenuous evidence circulated to support this theory including a childhood nickname Cookie and her middle name Marguerite. This theory is not hinted at in the show and is likely completely ridiculous.

They do however mention the nieces of the Queen Mother and present it as a scandal that was covered up. In truth these nieces did exist and when the Queen Mother discovered that they had been admitted to the mental health facility she started sending gifts to the two women. 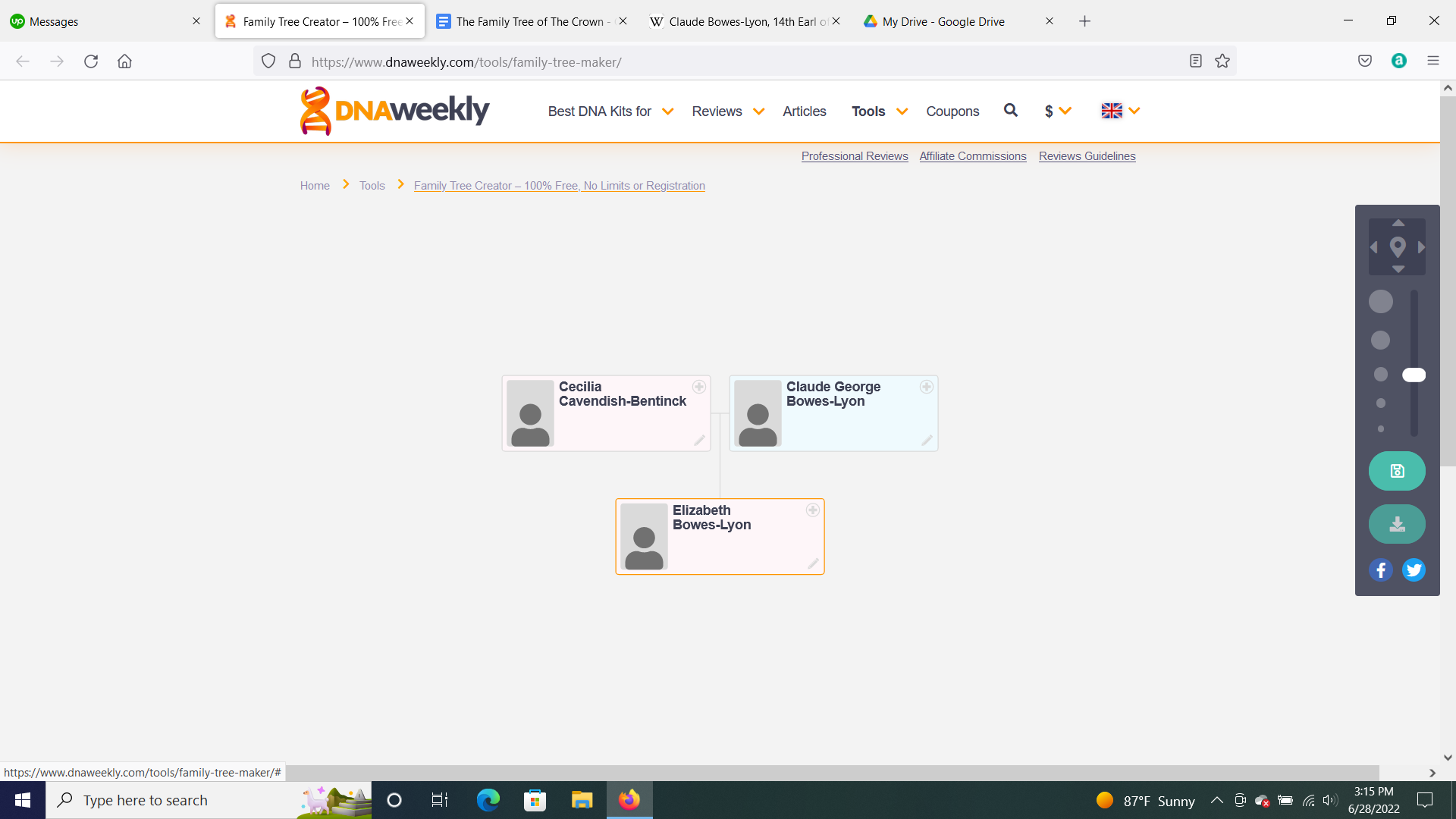 Prince Phillip was very close with his maternal Uncle Louis Mountbatten 1st Earl of Mountbatten and Burma. Crown fans will know Mountbatten as the mentor of a young Prince Charles and by his shocking assassination by way of an exploding boat. 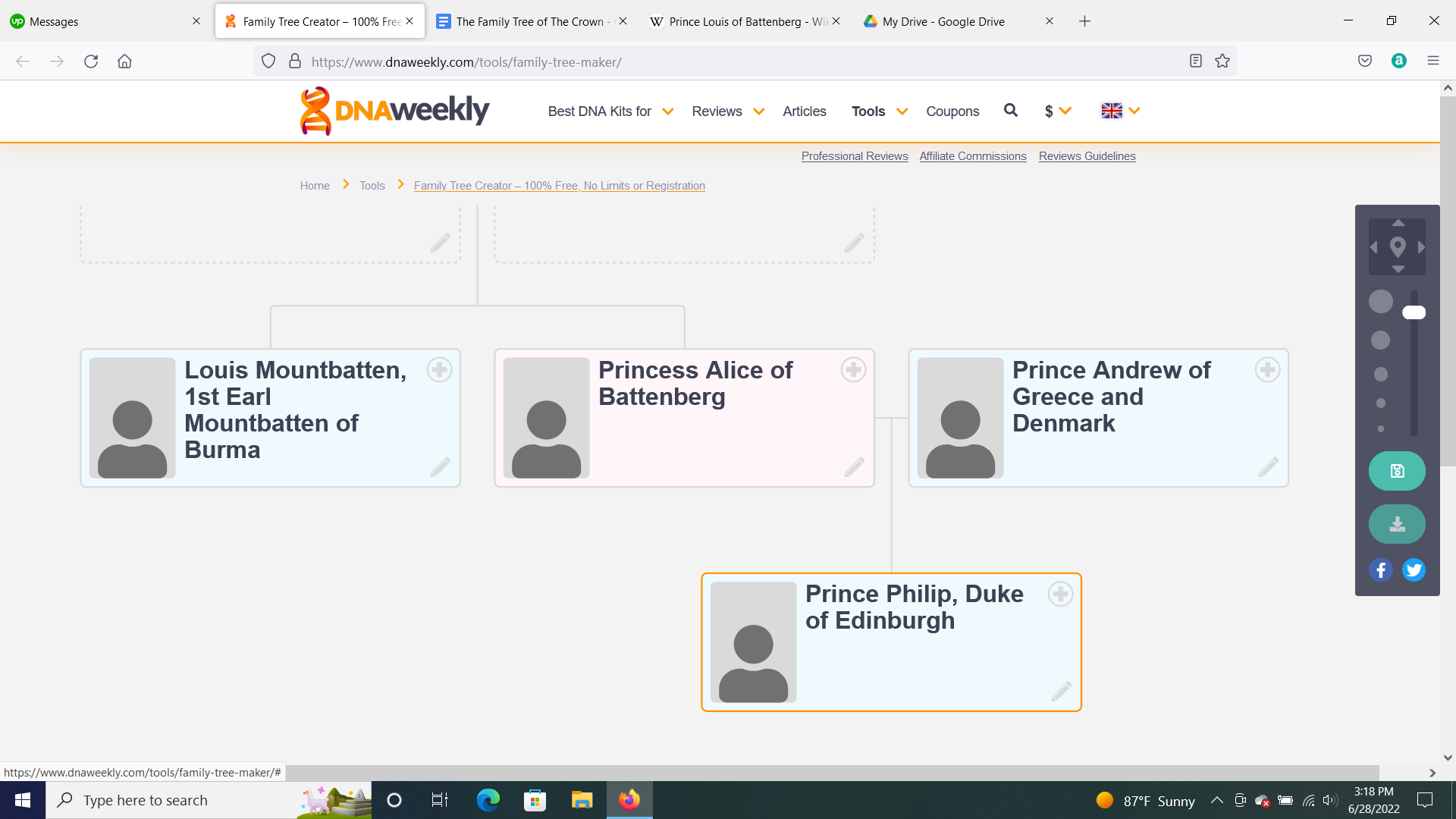 Prince Charles and His Wife

The Eldest of Queen Elizabeth’s Children Charles Prince of Wales started his own branch of the family when he married Lady Diana Spencer in 1981. Diana was born, Diana Frances Spencer on July 1st 1962 to John Spencer 8th Earl of Spencer and Frances Roche.

Like his parents Charles was related to his wife through family but far more distantly. Both Charles and Diana could trace their family to King Henry VII of England and were actually 16th cousins once removed.

Charles and Diana had two sons Prince William and Prince Harry who both feature at least briefly in season 4 of the Crown. 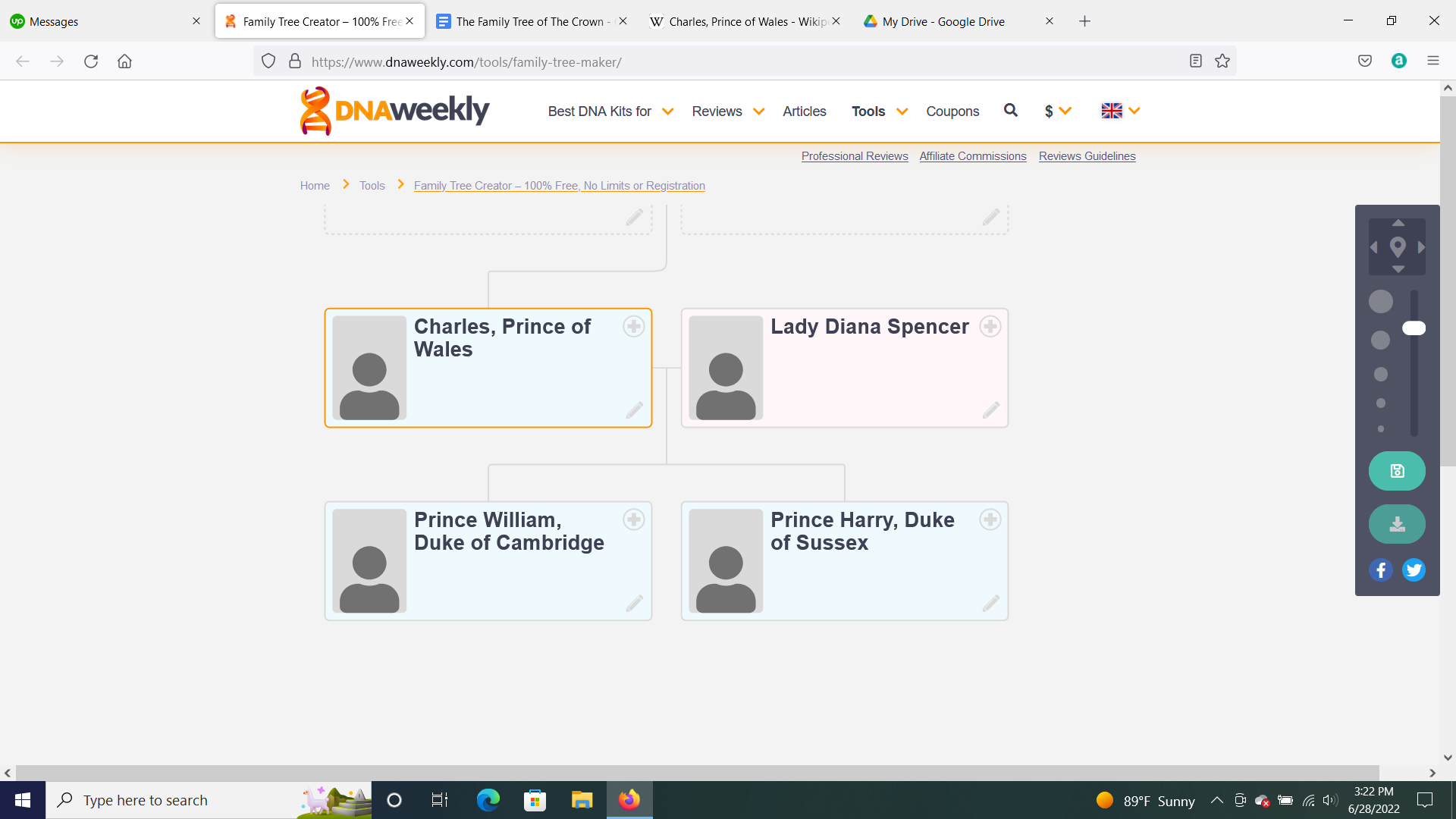 Princess Anne and Her Family

The Princess Royal, aka Princess Anne, is the Queen's second eldest child but was the first to marry. In 1973 she married Mark Phillips, an Olympic gold winning horseman. Phillips was born on September 22nd 1948 to Major Peter William Garside Phillips and Anne Patricia Tiarks.

Princess Anne and Phillips were married for 19 years before they divorced and in that time produced the Queen's two eldest grandchildren Peter and Zara Phillips. Anne's children have not as yet been featured in The Crown but they certainly were part of the family during the time frame of season 4. 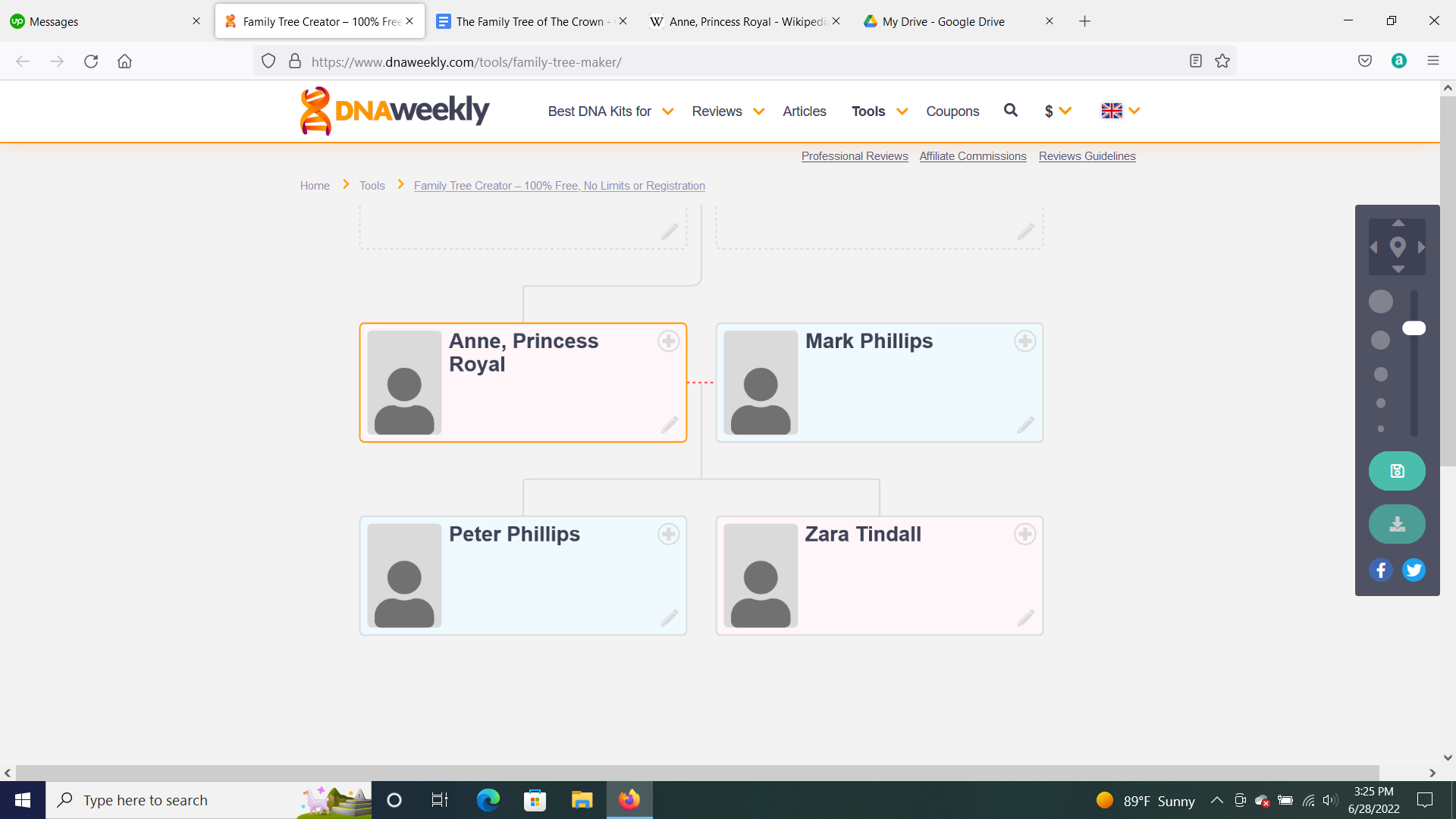 Prince Andrew and His Family

The second son of Queen Elizabeth, Prince Andrew, is portrayed as being her favorite child which is believed to be the case in real life as well. Their relationship may be a little more strained these days however for obvious reasons.

In season 4 we are introduced to Sarah Ferguson who Andrew marries in 1986. Born Sarah Margaret Ferguson on October 15th 1959 she is the daughter of Prince Phillips one time polo manager Ronald Ferguson and Susan Wright.

Although not featured in The Crown, Andrew and Fergie, as she is commonly known, have two daughters, Beatrice and Eugenie. Sarah Ferguson has seen a great deal of controversy within the royal family which likely may be mentioned in the coming seasons of The Crown. 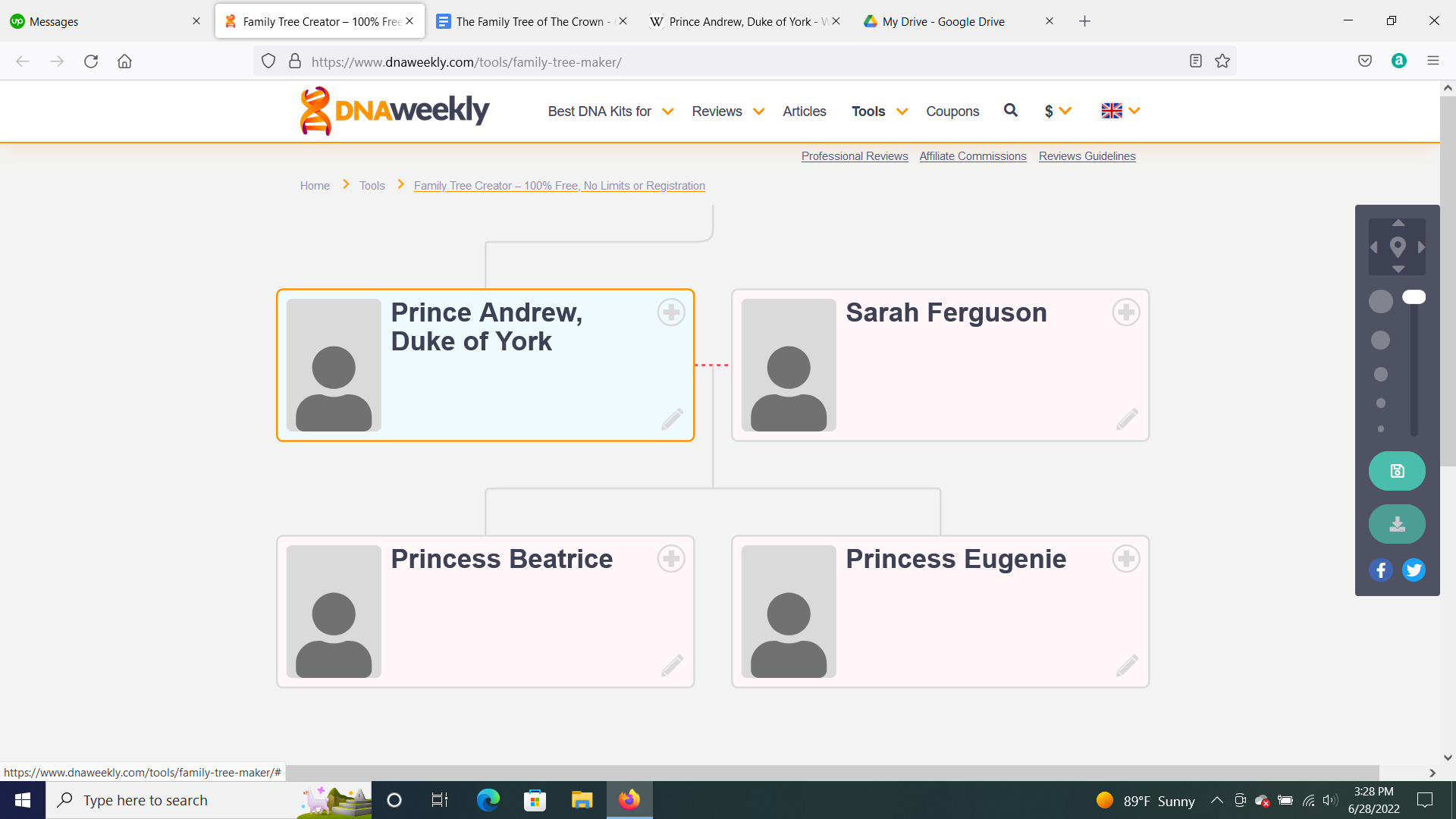 As of season 4 of The Crown Edward is not yet married although by the time he had already met his future wife Sophie Rhys-Jones. Born Sophie Helen Rhys-Jones on January 20th 1965 she is the daughter of Christopher Rhys-Jones and Mary O’Sullivan.

Together the couple have two children Louise and James although obviously they have not yet appeared on The Crown. It is likely however that we may see these children in season 5 or a later season of the show. 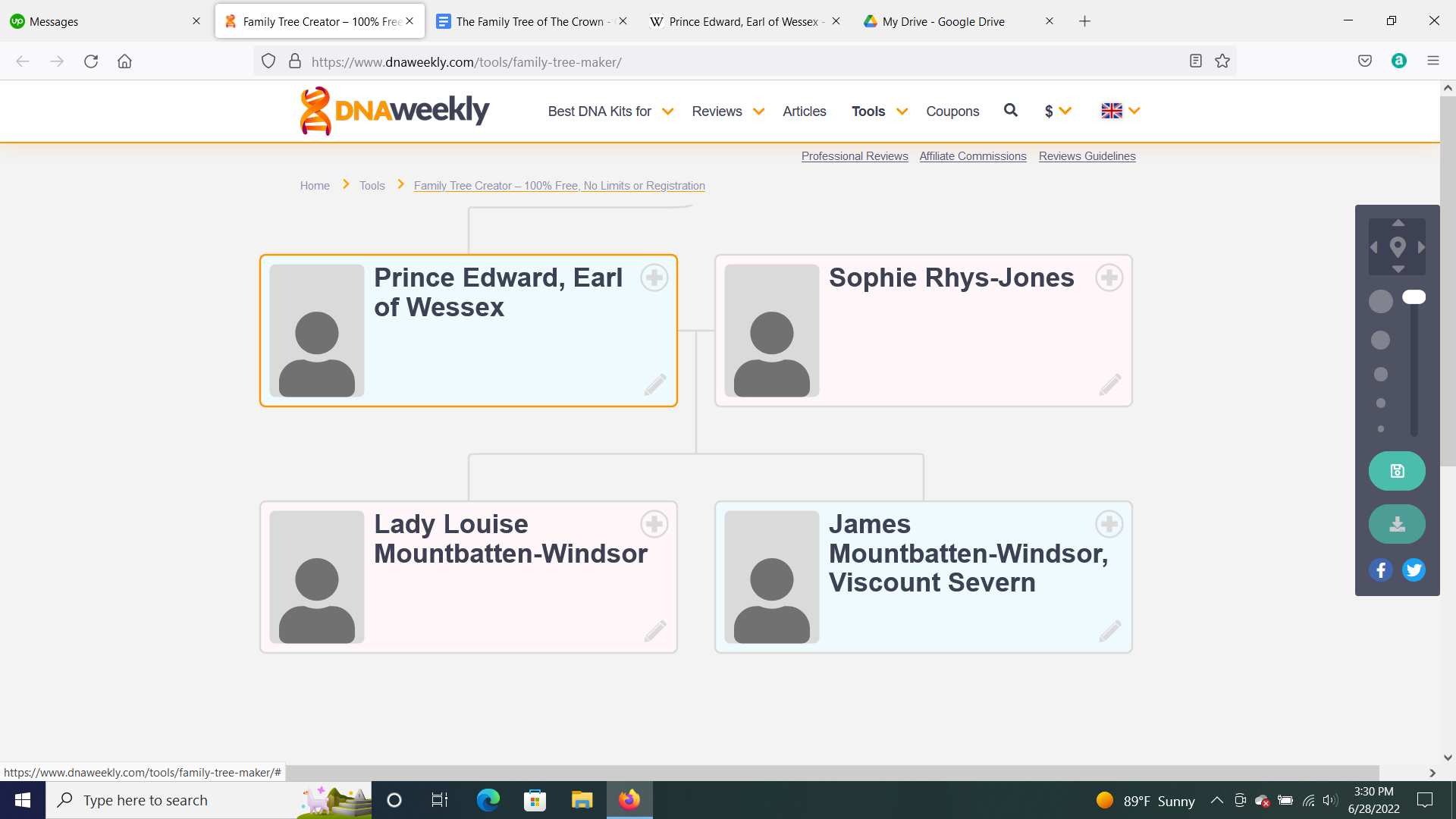 Pets Are Family Too

We can’t discuss the royal family of The Crown and overlook the Corgis. Queen Elizabeth adores Pembrokeshire Corgis and has had over 30 in her lifetime. She developed this love from meeting the Corgis owned by the children of the Marquess of Bath.

In 1933 the Queen's father brought the first corgi into the royal household giving him a rather humorous name by today's standards: Dookie. Elizabeth’s first personal Corgi was a gift for her 18th birthday. She named this Corgi Susan and the dog actually accompanied the royal couple on their honeymoon.

The Corgis the Queen owns to this day are actually descended from Susan who produced Sugar who was a nursery pet to Charles & Anne and Honey. From Sugar and Honey came Whiskey, Sherry and Bee.

There are other breeds of dogs that the Queen has owned or does currently own as part of the household but the Pembrokeshire Corgi is the icon when it comes to the house of Windsor. They may not name them on The Crown but we certainly see a corgi or two so we must give them an honorable mention. 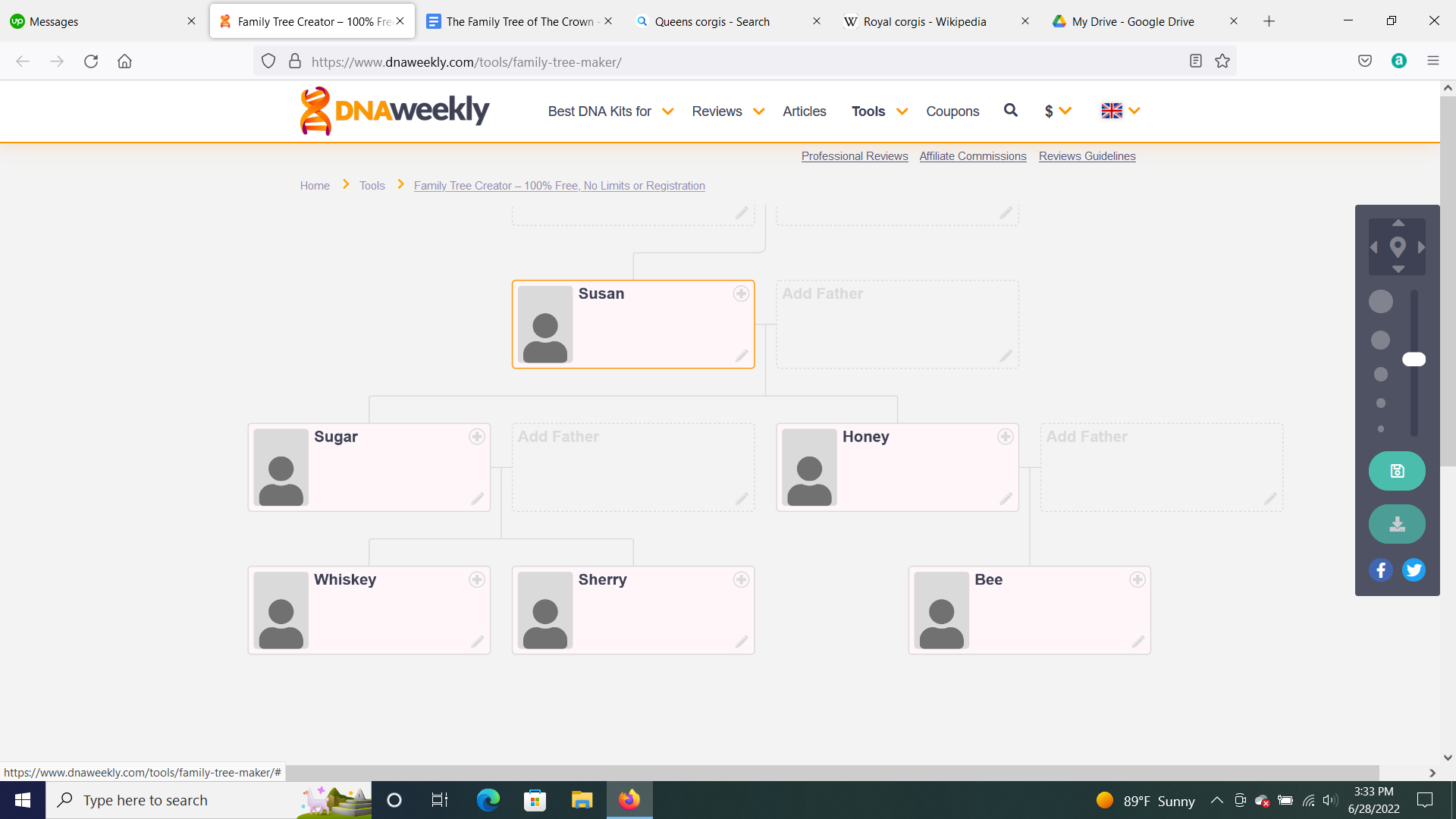