What does Common Ancestry Mean?

While researching your family history and most definitely while working with DNA matches you have likely seen or heard of the term common ancestry. What does this term mean and why is it so important?

It was proposed by renowned naturalist Charles Darwin that the similarity between some species may indicate that they all had a shared common ancestor. One of Darwin’s proofs for this theory was the variety of finch species found on the Galapagos Islands.

Darwin believed that all of the finches across the many islands of Galapagos all descended from just one mainland parent species. The subtle differences between the species Darwin believed were adaptations that the birds of a certain island developed to best survive their environment.

It was noted that although considered different species the finches all had many similar traits. Their main differences were the shapes of their beaks and their feeding habits. Based on this assessment Darwin would build his theory of evolution and thus the idea of common ancestry or species. 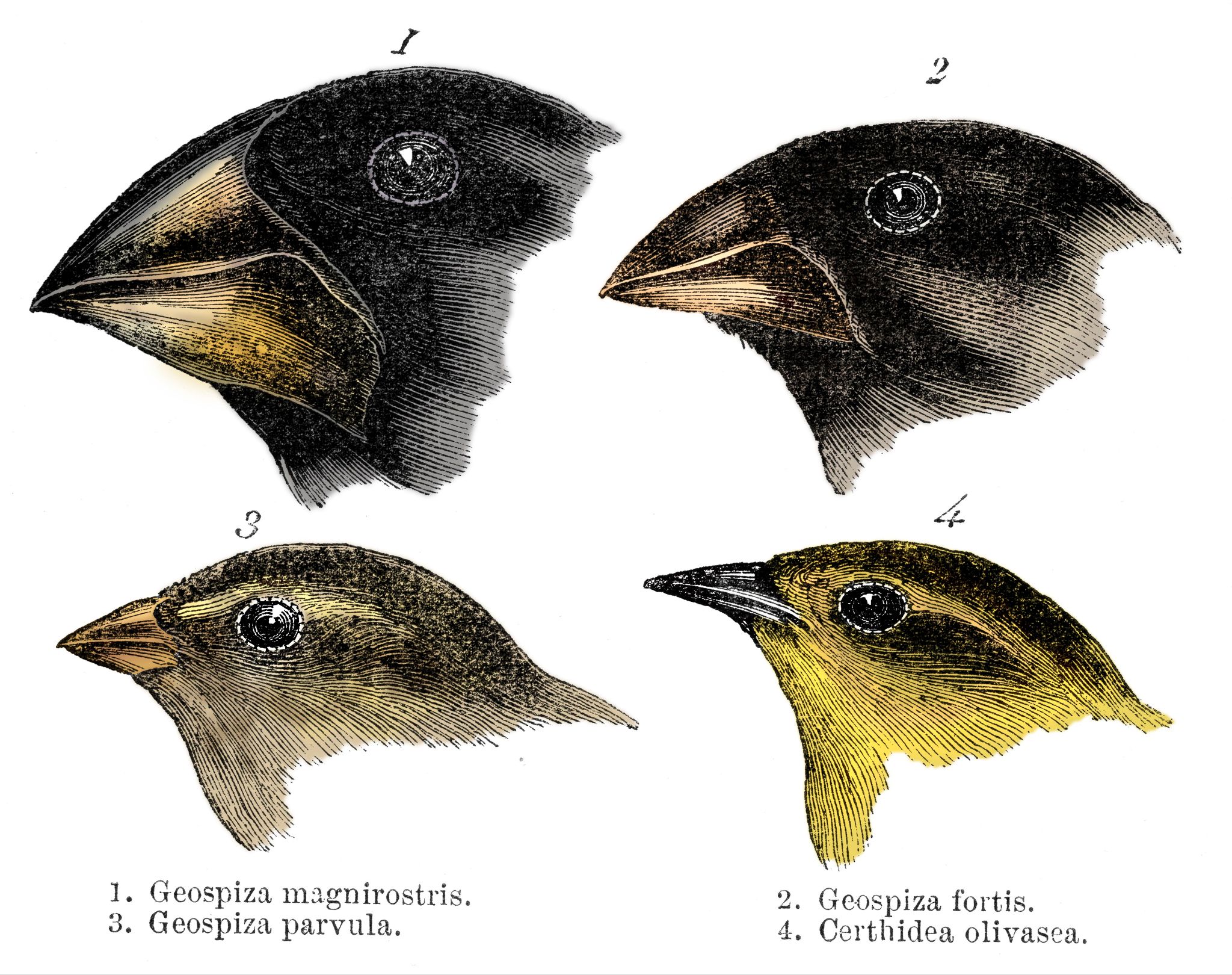 Darwin once said "I should infer from analogy that probably all the organic beings which have ever lived on this earth have descended from some one primordial form, into which life was first breathed."

There is obviously a huge science vs theology debate regarding this concept but at the root both arguments suggest the same thing. Science has a genetic Adam and Eve concept which indicates when and where our species first developed via evolution. The bible of course contends that God created Adam and then from his rib created Eve.

The truth is both groups agree that we all come from common ancestors. Science merely suggests that there was a lot more before humans developed whereas religion claims humans sprang into being by the will of God.

As we now have an understanding of common ancestry with regards the universal concept of evolution we can better understand what it means in our family tree research. When it comes to family trees a common ancestor is someone that you and another individual are both directly descended from.

The term obviously applies to any and all direct ancestors you share with an individual so for the purposes of clarity it is often best to determine the most recent shared ancestor. In genealogical parameters the term most recent common ancestor is often abbreviated to MRCA.

Example of a Most Recent Common Ancestor

In the picture below you will see Benjamin and Charlotte (Rees) Davies. They are my 2x great grandparents. Through my genealogical research and the use of AncestryDNA I was able to discover and get into contact with cousins who were also directly descended from this couple.

I also have another DNA cousin who is descended from Benjamin and Charlotte. This cousin is the great-great grandson of John Davies, my great grandfather's brother. As he is a cousin from a different generation he is my third cousin once removed.

You May Have More Than One Common Ancestor

So if for example Benjamin was the father of John and Thomas Edward Davies but they each had a different mother then Benjamin would be the sole most recent common ancestor.

Sometimes You Are Related to Cousins in More Than One Way

Imagine this scenario: you and both your parents have taken an AncestryDNA test and are all related to the same cousin. You have more DNA in common with this cousin than either of your parents, how can this be?

The answer is very simple because if both your parents have this same cousin as a DNA match it likely means they both have an ancestor in common with that person. When you inherited DNA from your parents they both gave you DNA from those common ancestors which is why you have more DNA in common with this cousin than either of them do. I hope that makes sense, it can get a little confusing.

How Do You Find Common Ancestors?

If you have already taken a DNA test for genealogy purposes you may already have a long list of cousin matches. I know when I got my results I quickly became interested in figuring out how I was related to these people.

The DNA itself can only give us a loose concept of how we are related and often they suggest some possible relationship levels but in truth there is only really one way to find out for sure. As a first step you need to build your own family tree as accurately and as far back as you can manage.

In terms of the next step this is a little out of your hands because you need your DNA match to have also built their tree and hopefully they made it public so you can see it. If everything has worked out then you must try to cross reference their tree with yours.

You may find your ancestors listed in their tree as well meaning you have very quickly found the answer. They also may not have got back far enough but you see they have common surnames or have ancestors in the same region that yours may have lived.

In my own research I have actually researched a cousin's tree to try and find out where the connection is. This has included using the information in their tree to start a new tree which I try to take back further. It was in this way I actually cracked the mystery of who my maternal grandfather was.

In the broad concept of evolution and in the more localized world of family trees, common ancestry means essentially the same thing. A common ancestor from which we all descend be that in terms of our species or our personal family line.

When dealing with genealogy a combination of DNA testing and family history records can help us discover who our common ancestors are.