What is the Germanic Europe DNA Ethnicity on Ancestry?

If you've recently done a DNA test and the result revealed "Germanic Europe" as your ethnicity, you might wonder what that means. In this article we'll cover where this region is, the history of it, the genetic makeup of the region, and much more!

The big ethnicity estimate testing sites such as AncestryDNA and 23andMe separate their results out into specific regions. Some are small while others cover a vast area but they are all distinct for various reasons.

Where Is the Germanic European Region?

This distinct DNA region is located in northwestern Europe, sitting adjacent to both Eastern Europe and Russia. It is most notably the region bordered by France to the west, Sweden to the north, Italy and Croatia to the South, and Slovakia and Poland on its eastern range.

This region was previously known as Europe West but due to advances in testing and accuracy, they renamed it to better reflect the more refined geographic region.

The Sub-Regions of Germanic Europe

According to Ancestry DNA, they assess that there are 8 main subregions of Germanic Europe which themselves may have several other subregions, which means it is quite widespread.

Through these subregions, you see a pattern of migration through Europe by people who originated in Germany.

How Subregions Help Your Research

If you have a sizable amount of Germanic European DNA it is likely that your results will be accurate enough to place your ancestors in specific subregions. There are, as of March 2022, 25 different distinct subregions listed on AncestryDNA.

Over the centuries there have been numerous waves of migration from the various regions of Germanic Europe, not just Germany itself but surrounding countries. Often these people would leave in large groups and would settle in the same areas.

The result of this means that descendants who remained close to the original settlement area may have a large percentage of DNA that traces back to a particular Germanic subregion.

Ancestry has very diligently amassed DNA and locational data to create migration patterns to help show the likely path Germanic Europeans took to the US. This can sometimes link the early Germanic immigrants from specific regions to certain states in which they settled historically.

This can be very beneficial for someone whose family may have moved away from their original settlement locations. It not only helps focus research for the early family members in the United States but also may help lead back to the area of origin in Europe.

The Countries of Germanic Europe

As mentioned, millions of Americans today claim German descent and most of these will show common DNA from Germanic Europe. Obviously then Germany is itself at the very heart of this region. There are also several other countries that exhibit the same commonalities in DNA which go together in forming Germanic Europe.

It is important to note that these regions do not start and stop at borders as countries do, there is a great deal of overlap between them. As such those who have DNA from Germanic Europe may also test positive for Eastern Europe and Russia or other surrounding regions.

The early inhabitants of the Germanic European region were somewhat surprisingly the Celts. We often think of the Celts as being associated with the British Isles but in truth rather than being a singular people, they were a wide-ranging group of different tribes. 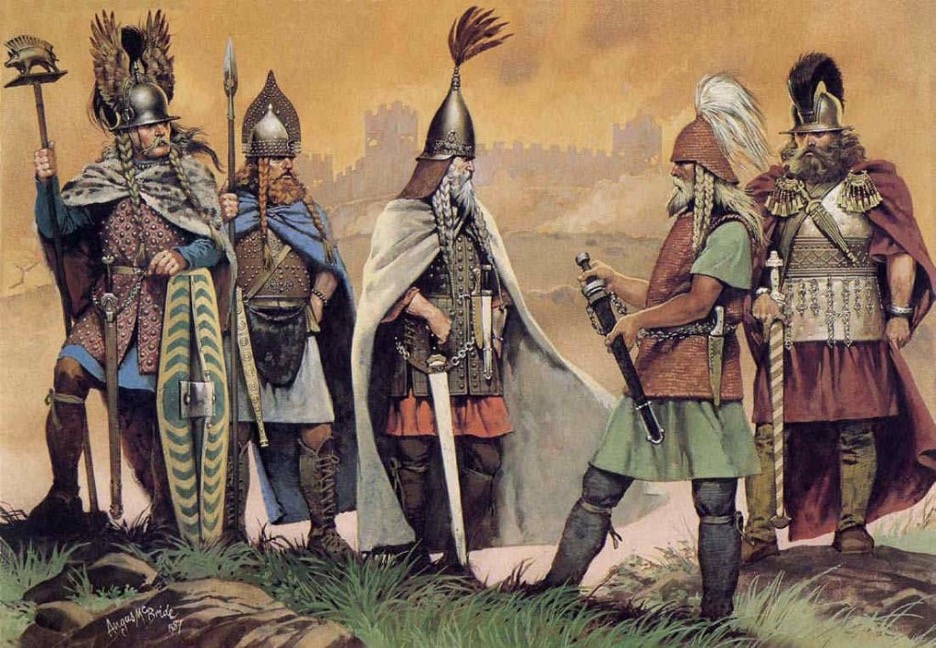 Spread throughout Europe the Celtic tribes were first described by the Romans in 7th and 8th centuries BC. The Celtic tribes controlled most of the European continent by the 3rd century BC ranging all the way to Ireland in the West. As the culture declined Ireland in fact remained one the last strongholds of Celtic culture.

It is likely that Celtic tribes were living in the region we know today as Germany for around 2600 thousand years before being driven out by Germanic tribes to the North and under pressure from the Romans in the south.

As the Celts shifted to the west their place was taken by the Germanic tribes such as the Huns and Visigoths who came from Scandinavia. These Germanic tribes were fierce fighters and served somewhat as a roadblock for the Roman advance north. 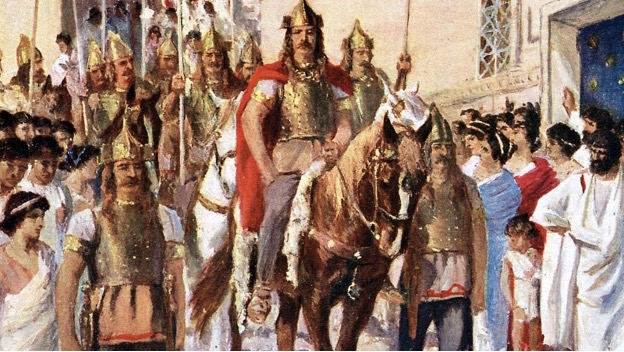 Because the Germanic tribes held fast against the Roman empire there was little impact from the Romans in terms of DNA.

Francia was first recorded in about the third century and was considered to be part of the lands ruled by tribes such as the Sicambri, Salians, Bructeri, Ampsivarii, Chamavi and Chattuarii. These were all considered Frankish tribes.

As the territory of these tribes expanded, so did the concept of Francia. The Kingdom of the Franks as it was also known expanded throughout all of Germany, France, Italy, The Netherlands and Austria. It was during this time that the basis for the Germanic European DNA traits was laid.

Originating as a mix of the early Celts and the Germanic tribes obviously thanks to the rise of the Frankish empire the DNA spread to the areas within the region we view as Germanic Europe. There would also have been other migrations since the fall of the Roman Empire 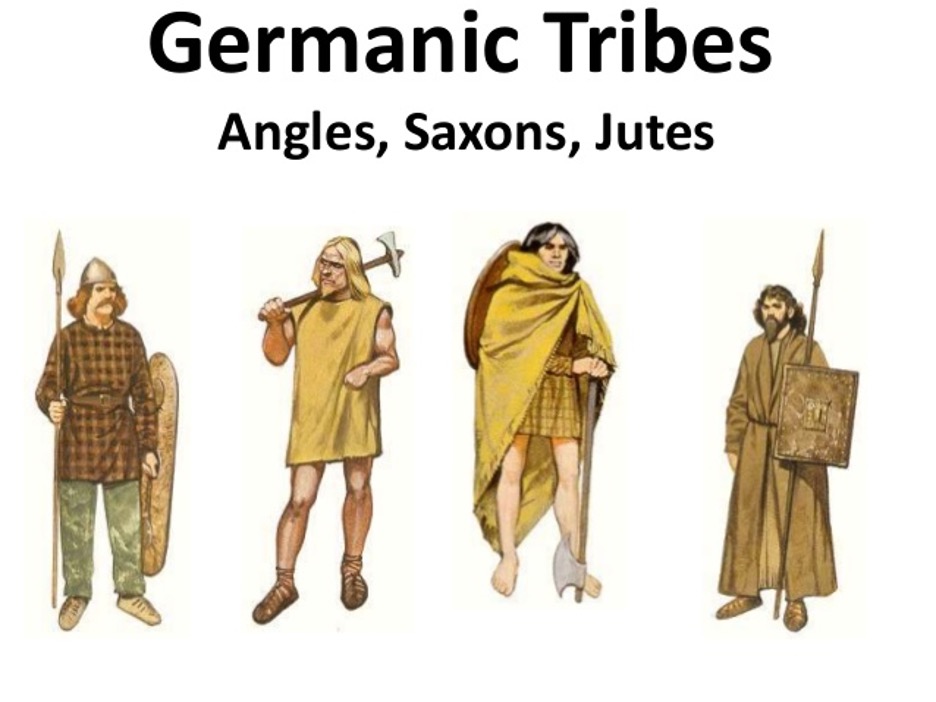 As Rome’s influence waned in Europe they were replaced in many European regions by the fierce Germanic tribes such as the Huns, Goths, Slavs, Alans, Vandals and Bulgars. Countries such as Spain, Northern Italy, Bulgaria and Poland all saw a mass migration of these Germanic tribes.

The language of these early Germans found its way into the common names of many of these regions. Names such as Ramirez in Spain which derives from the Visigoth language are one example. Raginmari is the root of the Ramirez name and is made up of two elements: ragin or “wise” and mari or “famous.” There are numerous examples of these types of names proving the extent of the spread of Germanic tribes.

How Did I Get Germanic European DNA?

It often is not a complete surprise to people when Germanic European DNA shows up in their ethnicity estimate. Many of the early immigrants to America held tightly to their European identities and settled together in the same regions. Family tradition and surnames are usually great indicators of a person's European ethnicity.

There are of course those who may not be as connected to their ancestors' traditions and have anglicized versions of their surnames. They may not know where in Europe they are from and may assume that based on names they are British.

Depending on the percentage of Germanic European DNA found in your ethnicity report there may be several ways you came about it. A high percentage would likely indicate that some recent ancestors came from that region within a few generations.

Lower amounts of Germanic European DNA may place your ancestors more on the edge of the region or deeper into neighboring countries. It likely means you have more distant ancestors that may have come from the region or originated in a settlement area from more ancient Germanic people. 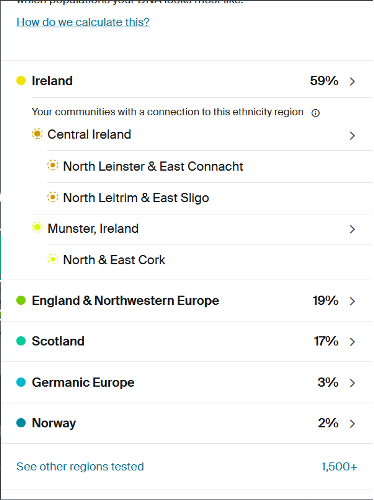 How can I be Sure the Estimate Is Correct?

One of the main ways to be more sure that the Germanic European DNA found in you comes from within the specific region is specificity. If your DNA points you toward one or more of the 25 smaller regions that make up Germanic Europe it is likely a more accurate result.

These 25 regions include more concentrated breakdowns of the immediate region as well as noted historical migration paths throughout Europe. When our results can be this specific this can be beneficial to help direct our research.

If, for instance, your Germanic European sub-region is Coastal Northwest Germany this could give you a smaller area to try and focus your search for ancestors. Major cities such as Bremen, Hamburg and Hanover fall within this region.

In the case of small percentage matches, it is sometimes possible that your match to this region is an error or is so far back you might not be able to trace it. It is wise to give more focus to the higher rated regions of your DNA as they are a more accurate representation of your most recent ancestry.

I Should Have Germanic European DNA but Don’t

You may be well aware that your great-great-great-grandfather was from Germany and this is an established fact within the family. Your DNA test results, however, do not feature this region and that is concerning you.

It’s best not to jump to conclusions with respect to thinking great-great-great grandpa wasn’t really related to you. The fact is that due to the random nature of DNA inheritance you may not have received any of this ancestor's DNA.

There are also other possibilities to consider such as perhaps your ancestor was from elsewhere in Europe and for some reason chose to claim to be German. It was certainly not unusual for immigrants to claim alternate citizenship based on political feelings toward certain countries by the United States.

A lack of Germanic European DNA does not mean your ancestors were not from that region. The fact is DNA is imperfect and these tests are merely an estimate of ethnicity based on the genes that you randomly inherited.

How do I Research my Germanic European Ancestry?

The power of DNA in distant family relationships only goes so far before we just simply need to start building our tree. You may now know that you have a sizable amount of DNA relating to a specific region in Germanic Europe.

Using this location it is time to learn what you can about the people who emigrated from there and where they may have settled. Understanding the motives for migration can tell us a lot about the people we descend from.

Trace your tree back as far as you can keeping an eye out for those potential Germanic European ancestors. Remember surnames can change over time based on phonetically different spellings or just trying to assimilate to a more American sounding name.

Also, remember to make use of the other DNA based features of your testing site. Try and find DNA matches that also have a connection to the Germanic European region. There may even be some distant cousins still living in the sub-region your ancestors are from.

Reach out to these DNA matches and politely inquire what they know about their German roots. Often you won’t hear back or it could take months to get an answer but sometimes you may find that missing link back to your ethnicity region.

There is a lot to understand about the Germanic European region from its history to its culture and to the migration of its people. The regions that our ancestors are from tell us a great deal about who they were and what they went through.

Although we are very different people from those ancestors, some of who they are still reside in us. Germanic Europeans come from very fierce tribes that stood firm against the might of the Roman Army. They even went on to form their own Empire.

In the past few centuries, the immigrants that came to America faced hardships, intolerance and huge upheaval. These were proud people looking for a better life for their descendants of which you are just one of millions.